Report: Israel was set to strike Iran in 2012, but joint drill with U.S. interfered 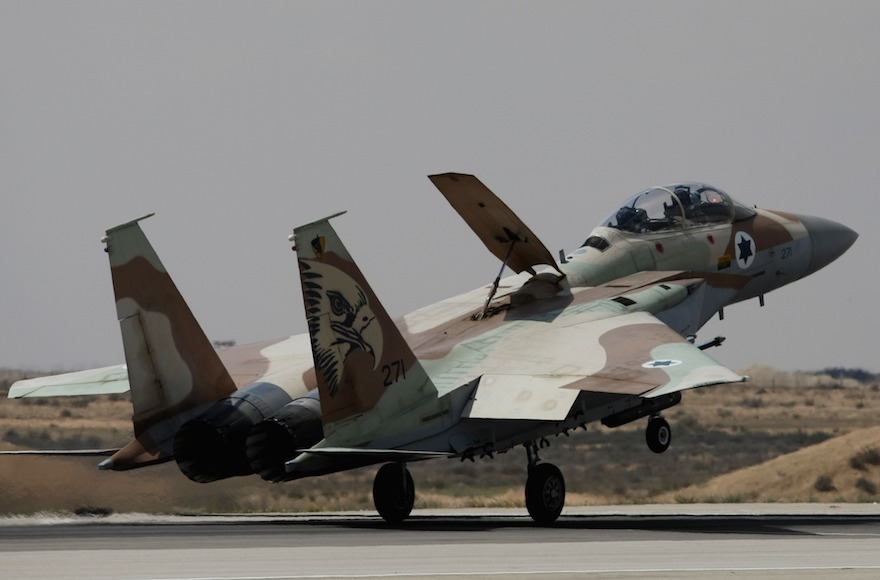 Israel was reportedly set to bomb Iran nuclear facilities in 2012, but aborted the operation because it coincided with a joint military exercise with the United States.

The attack was being readied for January of that year, Israel’s Channel 2 news reported on Friday, until it became clear that a long planned Israeli-American training drill in Israel would happen at that time, according to The Times of Israel.

The Channel 2 report — based on tape recordings of then-Defense Minister Ehud Barak and other unnamed foreign reports — indicated that Israel was prepared to go ahead with the strike on Iran even though the United States opposed it. But Israel did not want to go as far as defying the U.S. while American troops were training with the Israel Defense Forces in Israel.

“We intended to carry it out, so I went to [then-U.S. Defense Secretary Leon] Panetta and asked him if we could change the date of the exercise,” Barak said in a recording broadcast by Channel 2. “So they delayed it as much as they could … to a few days before the election [in the U.S. that November].”

Barak continued: “Things did not work out in the first part in 2012 and [the strike] was pushed back toward the end [of the year].”

But the new date also did not work out, Barak said. He did not elaborate.

“You demand that America respect your sovereignty and decide you want to do it [strike Iran], even if America is opposed and it is contrary to their interests,” Barak said in the recording. “You can’t find yourself then going back on that by trying to force America to be party to [the strike] just as it comes here for a pre-planned drill. That’s how it ran into difficulties in 2012.”

Also on Friday night in Israel, a Channel 2 news broadcast based on recordings of Barak revealed that Prime Minister Benjamin Netanyahu wanted to strike Iran nuclear facilities in 2010 and 2011 but was blocked by other Israeli leaders.

Barak, who was prime minister from 1999 to 2001 and is now retired from politics, attempted to prevent the broadcast of the recordings, which are apparently related to a forthcoming biography, but Israel’s military censors approved their release.

Barak said he and Netanyahu wanted to order an Israel Air Force attack on Iran’s nuclear facilities, but then-Chief of Staff Gabi Ashkenazi stopped them in 2010, saying the IDF was not prepared. Later, Barak said, Moshe Yaalon, now the defense minister, and Yuval Steinitz, then finance minister and now the minister of energy, objected.

Both Steinitz and Yaalon declined to comment on the recordings, according to the Times of Israel.

Netanyahu still maintains that Israel will act alone if necessary to prevent Iran for getting a nuclear weapon. He has been a leading critic of the July 14 agreement between Iran and world powers, calling it a “historic mistake.”