Is it terrorism? The Holocaust? Nope, it’s just the Tel Aviv Light Rail 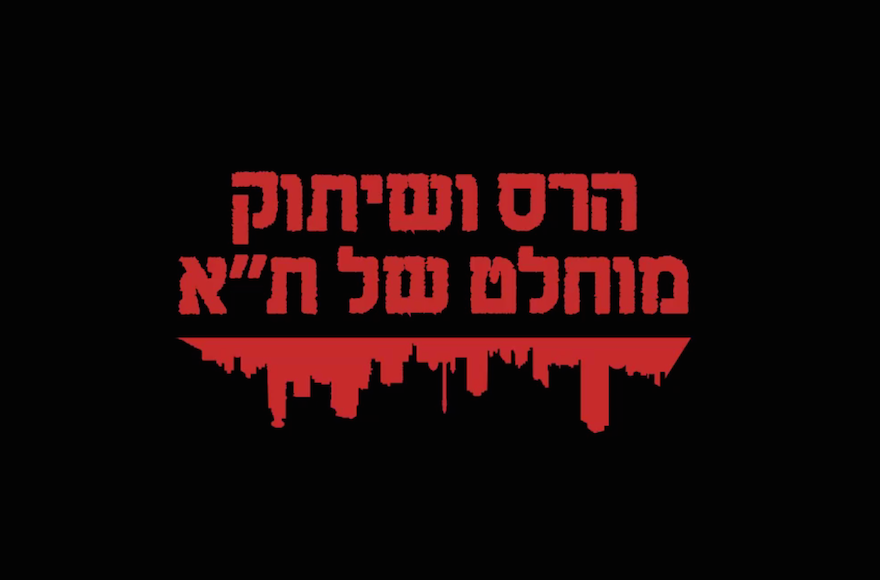 “What Hezbollah and Hamas weren’t able to do, the Light Rail project will do,” a gravelly voiceover says as white text flashes across a black screen on top of ominous music. “The destruction and complete paralysis of Tel Aviv.”

That’s a verbatim quote from a video that has close to 80,000 views on Facebook in Israel and is adding hundreds more every hour. It was posted last week by a group called Lovers of Tel Aviv. It appears to have been founded on Aug. 17 specifically to oppose the city’s light rail project, which broke ground this month. It has a blank “About us” page, no contact information and fewer than 200 likes, and has yet to respond to a request for comment.

You might think it a bit hyperbolic to compare a public infrastructure project with two terrorist groups that have murdered hundreds of Israelis. But don’t worry, the video goes even further.

“The project will visit an economic and social Holocaust upon the city,” the voiceover continues. “Thousands of businesses are expected to go bankrupt.”

It’s true that construction is disrupting life in Tel Aviv, and it’ll be a pain for businesses along its 15-mile route. Just ask storeowners on New York’s Second Avenue, which has endured eight years of subway construction.

It’s also true that Israelis mention the Holocaust at a rate that would make Mike Huckabee blush, and few politicians hesitate to reference Hamas and Hezbollah in their public pronouncements. But usually, those statements have something to do with Israel’s existential challenges — not a municipal construction project.

The voiceover signs off by calling on Tel Aviv Mayor Ron Huldai and Israeli Transportation Minister Israel Katz to “stop the madness.” This video would be a good place to start.