Israel: Where old cars get a second life 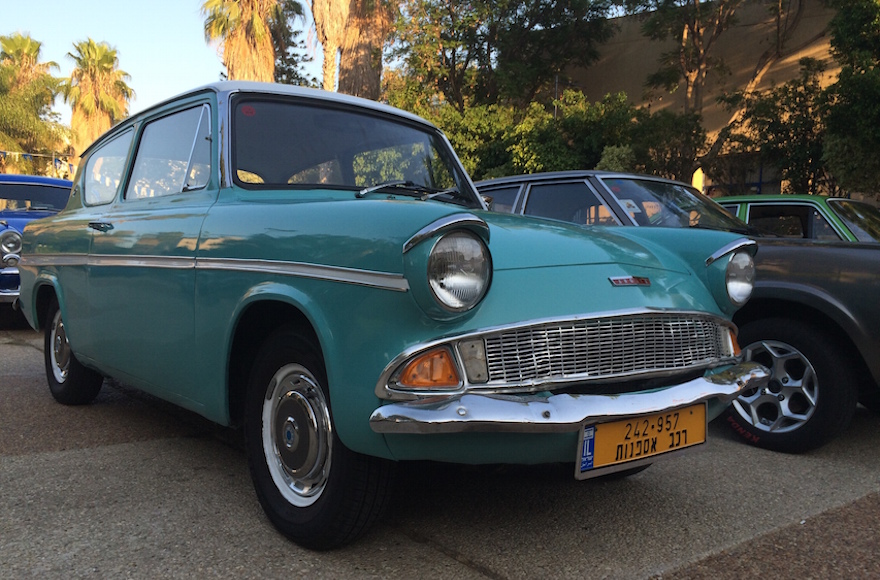 In a country younger than many grandfathers, with little tradition of auto production, you might not expect to find much interest in vintage cars. You might be wrong.

On one hot Friday this July, Israeli auto aficionados met in a parking lot in Ness Ziona, south of Tel Aviv, to show off their restored motor-vehicle marvels. Passersby stopped to stare and take pictures, as if the showing were a pop-up museum exhibition.

But it was just another meet-up for the members of the 5 Club, Israel’s largest antique car club. The self-described “car nuts” gather every Friday in five parts of Israel — Tel Aviv, Jerusalem, Netanya, Haifa and Ness Ziona — to display their vintage cars, socialize and discuss their latest projects.

Club member Coby Millo, 54, calls the group “a social club for people with the common denominator for liking old cars.”

The vehicles that lined the parking lot of the Ness Ziona Cultural Center on Friday included 50-plus-year-old old Jaguars, Corvettes, Oldsmobiles and more — with a smattering of vintage motorcycles. Most of the vehicles are the products of months of restoration work by their owners, who in some cases buy them in broken-down condition to work them back to pristine shape.

At this gathering, a member presented his latest restoration: a 1967 Ford Anglia, a rare British model that was first produced when the United Kingdom declared war on Hitler in 1939.

All of the club members are car historians of sorts. But Millo, who displayed his own boxy, golden Jaguar from the ’60s, assumed the honor of introducing the Anglia to the group with 15 thorough minutes of history – from the car’s appearances in pop culture to mechanical details that only the keenest collectors could appreciate. 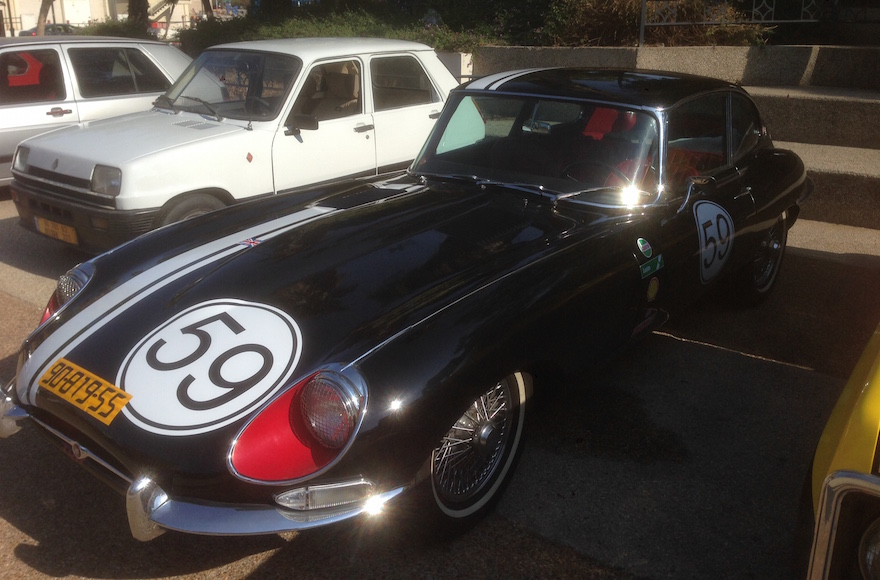 The tarpaulin-covered car was then unveiled to a round of applause, it’s fresh baby-blue paint job shimmering in the sunlight of the 90-degree day.

The 5 Club takes its name from the number of numerals on antique car license plates in Israel when the club was formed three decades ago (not from the fact that it meets in five different areas of Israel). Over the years, the club has secured special benefits for classic cars, such as reduced tax and insurance rates.

“We don’t have too many cars in Israel, and we didn’t have a big industry here, so most of them are imported,” said Cobi Ben-Nissan, the head of the Ness Ziona group. “But there are lots of enthusiastic people.”

David Friedman, who showed a ’60s Jaguar of his own at the gathering, said the club is a great stress reliever after a long week — not just of work and family life, he explained, but also of dealing with the Israel’s myriad political and military threats. “We say that after 7 o’clock [when the meetings end] that you start right away to look forward to next Friday,” he said. “It’s a time to come together with friends, good food, good drinks and to talk about our passion and forget everything else.”