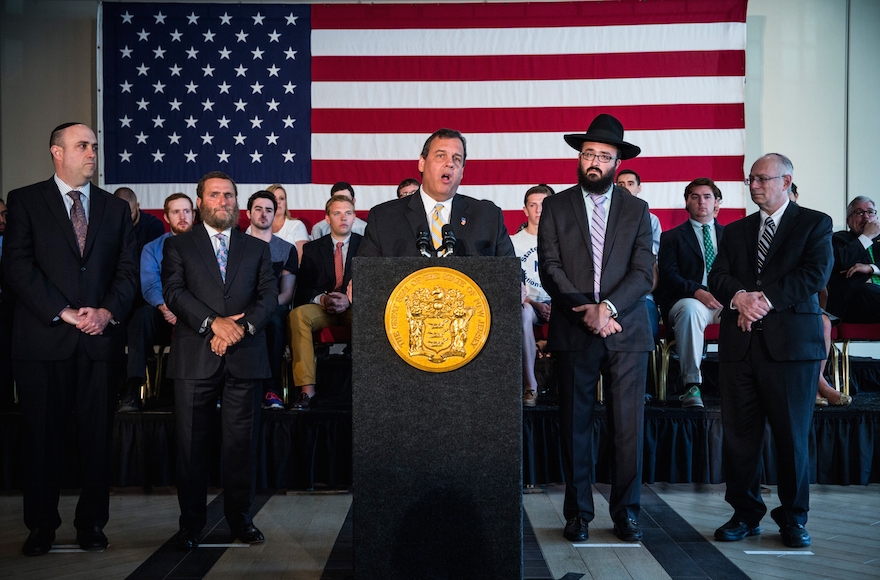 Christie, the governor of New Jersey, at the Rutgers University Chabad House in New Brunswick, New Jersey, called on Sen. Cory Booker, D-N.J., and his state’s congressional delegation to vote against the deal.

Booker has not announced his position on the deal, which lifts economic sanctions in exchange for Iran curbing its nuclear program. New Jersey’s other senator, Robert Menendez, announced on Aug. 18 that he opposes the deal.

“We now must count on the United States Congress to substitute for the moral clarity that this president lacks,” Christie said, according to The Associated Press.

“It is a bad deal,” Christie said of the agreement negotiated by the United States and five other world powers. “It is a deal that is not in the interest of the United States, and I think the folks in New Jersey have learned over the last six years that when I think something is a bad deal, I take action to try to change it.”

Congress will vote in September on whether to approve the deal. President Barack Obama has vowed to veto any legislation aimed at blocking the deal.

At the news conference Boteach, founder of the World Values Network, described Booker as a “soul friend” and noted that they had studied Torah together at Oxford University.