Most Orthodox Jews are Republicans and 11 other findings from Pew 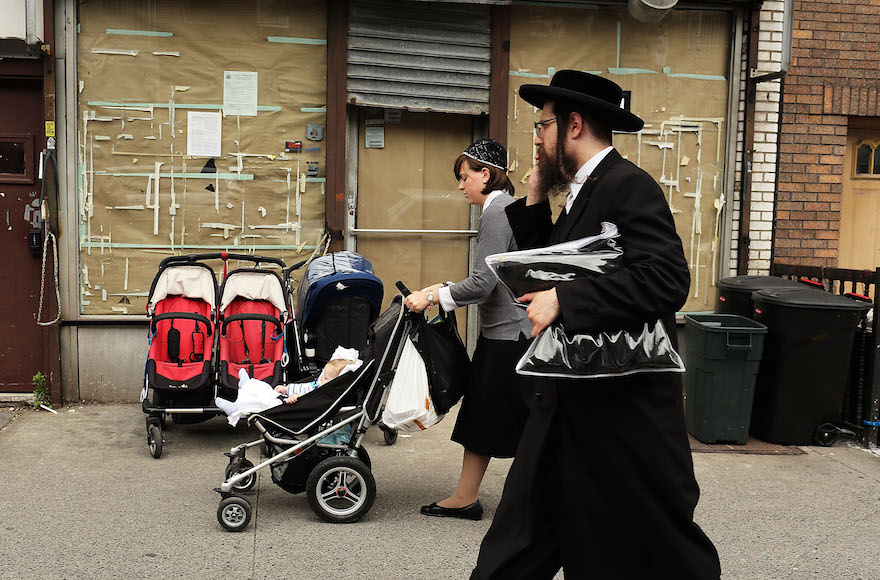 Members of the Jewish Orthodox community walk down a street in a Brooklyn neighborhood on June 14, 2012, in New York City. (Spencer Platt/Getty Images)
Advertisement

NEW YORK (JTA) – Ever since the Pew Research Center released its landmark 2013 survey of U.S. Jewry, the study has become central to debates about everything from intermarriage to Jewish education. Now comes a new treasure trove of data from Pew about Orthodox Jews, extrapolated from the data amassed for the 2013 study (from 3,475 interviews with Jews conducted that year).

Though Orthodox Jews comprise only 10 percent of all American Jews, their share of the U.S. Jewish population is growing rapidly. And the implications are profound. “If the Orthodox grow as a share of U.S. Jews, they gradually could shift the profile of American Jews in several areas, including religious beliefs and practices, social and political views and demographic characteristics,” the new study says.

Here are some of the top findings in Pew’s new report, “A Portrait of American Orthodox Jews.”

Orthodox Jewry is growing rapidly. Among parents who have children, the Orthodox birth rate is 4.1 children per family, compared to 1.7 among the non-Orthodox. And almost half of all Orthodox parents have four or more children (48 percent), compared with just 9 percent of other Jewish parents.

READ: 1 in 6 Jews are new to Judaism – and 9 other new Pew findings

Haredim hardly have any non-Jewish friends. About 97 percent of haredim say all or most of their friends are Jewish, compared to 65 percent of modern Orthodox and 26 percent of other Jews.