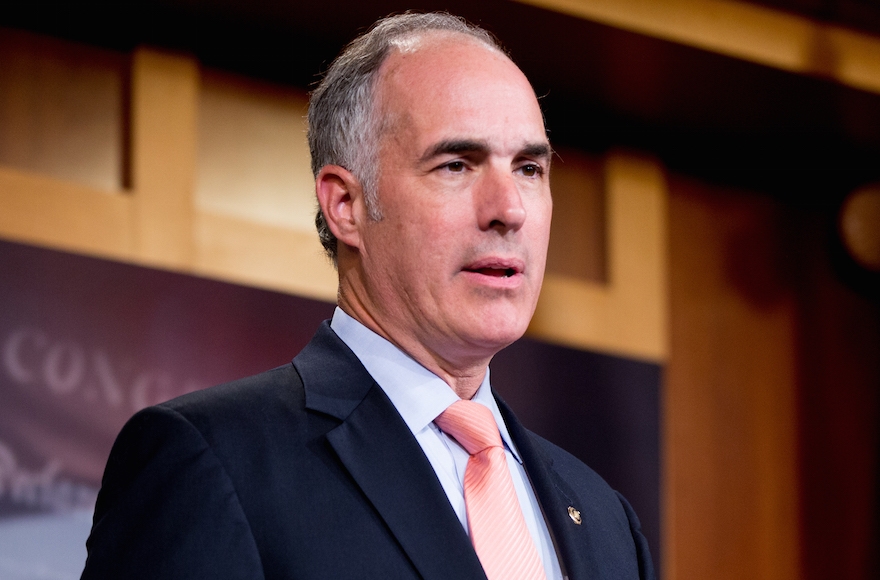 (JTA) — Two more senators said they will support the Iran nuclear deal, leaving President Barack Obama just one vote shy of the number needed to stop any efforts to quash the agreement in Congress.

The announcements on Tuesday by Sens. Bob Casey of Pennsylvania and Chris Coons of Delaware bring the number of Democratic senators publicly in favor of the deal to 33. With 34 votes, Obama could sustain the presidential veto he has promised against any rejection of the deal in Congress. No Republican senators have backed the agreement.

Also on Tuesday, in the House of Representatives, Rep. Adam Smith, D-Wash., came out in favor of the deal.

Both Casey and Coons voiced strong reservations of the deal while backing it.

In a detailed 17-page memo shared with the Philadelphia Inquirer, Casey, a former member of the Senate Foreign Relations Committee and a longtime Middle East hawk, called his endorsement “one of the most difficult decisions” of his political career but said the deal is the “best option available to us at this time.”

In an interview with the Washington Post, Coons said, “We are better off trying diplomacy first.” Many had previously believed Coons would vote against the deal, according to the newspaper.

If 41 senators vote for the deal, Obama will not even have to use his veto.

Charles Schumer of New York and Bob Menendez of New Jersey are the only two Democratic senators who have publicly opposed the deal.