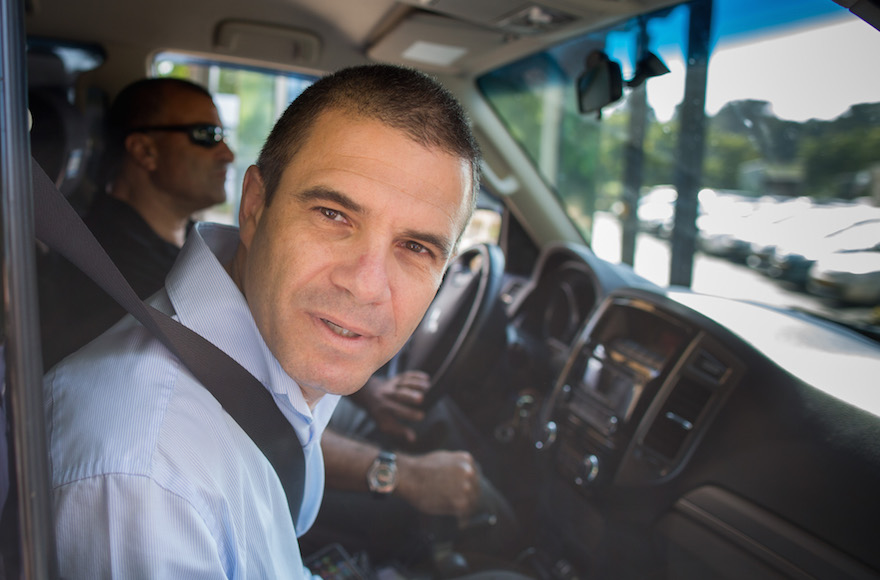 Gal Hirsch, a former army brigadier-general recently appointed to be the next head of the Israel Police, arriving to testify before the Turkel Committee at the Prime Minister's Office in Jerusalem on September 1, 2015. (Yonatan Sindel/Flash90)
Advertisement

(JTA) — An outsider is tapped to clean up a police department with a reputation for corruption and sexual harassment. But the new guy has a troubled past of his own. Is he up to the task?

It sounds like the premise of a gritty Hollywood cop drama, but it’s just another year at the Israel Police, and Christian Bale is nowhere to be found. Instead, Israel’s Public Security Minister Gilad Erdan has nominated Israel Defense Forces Brig. Gen. (res.) Gal Hirsch to be the next police commissioner.

Erdan moved to recruit a new police chief from outside the force after years of scandals involving the top brass. Seven of the police’s 18 major generals, one rank below the police commissioner in the chain of command, either resigned or were fired in the past two years for inappropriate or even criminal behavior. Five of them were brought down by sexual harassment complaints.

The former police chief, Yohanan Danino, whose term ended on July 1, created a system several years ago to deal with claims of sexual harassment in the workplace after seeing the results of an army survey on the subject, Haaretz reported. That survey found that one in four Israeli women who completed their mandatory national service in the police reported experiencing sexual harassment, compared with one in seven women who served in the army.

The other two major generals to recently leave the force were accused of regular old corruption and bribe taking. One was entangled in a bribery scandal involving the spiritual leader Rabbi Yoshiyahu Pinto, during which a senior police commander committed suicide.

Unsurprisingly, faith in the police has taken a beating among the Israeli public. According to a poll by Ariel University in the West Bank, nearly 70 percent of Israelis distrust the police.

Yet Hirsch comes packing baggage, too. On Friday, Israel’s Chanel 2 reported that the FBI had conducted a two-year undercover investigation into his past business dealings. Hirsch is CEO of Defensive Shield Holdings, a consulting company that provides defense and homeland security solutions.

Documents provided by the FBI indicate that the company is being investigated on possible tax evasion and bribery charges involving arms deals. The FBI notified the police about the probe in 2013, but they only passed the information along to the attorney general a little over a week ago, according to Haaretz, around the time that Hirsch’s nomination was announced.

Hirsch has insisted he is innocent of wrongdoing, claiming the accusations of corruption are related to his nomination. A number of high-ranking police officers have opposed him getting the job on the grounds that he’s an outsider to the force.

In another challenge to Hirsch’s nomination, families of soldiers killed during the Second Lebanon War have argued his role in that monthlong offensive should disqualify him. In 2006, the capture of two Israeli soldiers by Hezbollah in territory controlled by Hirsch’s division triggered the war and scuppered a promising military career for the then-commander.

Erdan is standing behind his nominee, and Prime Minister Benjamin Netanyahu reiterated his support on Monday, telling the Cabinet, “Gal Hirsch is the right man in the right place.”

In addition to surviving the court of public opinion, Hirsch will need to pass a civil service vetting committee before becoming top cop. He appeared before the committee for the first time on Tuesday.

Will Hirsch survive the appointment process and clean up the Israel Police? Or will his past relegate him to the private sector? Find out this fall.