Will 5776 be your Jewish year? There’s a website to help 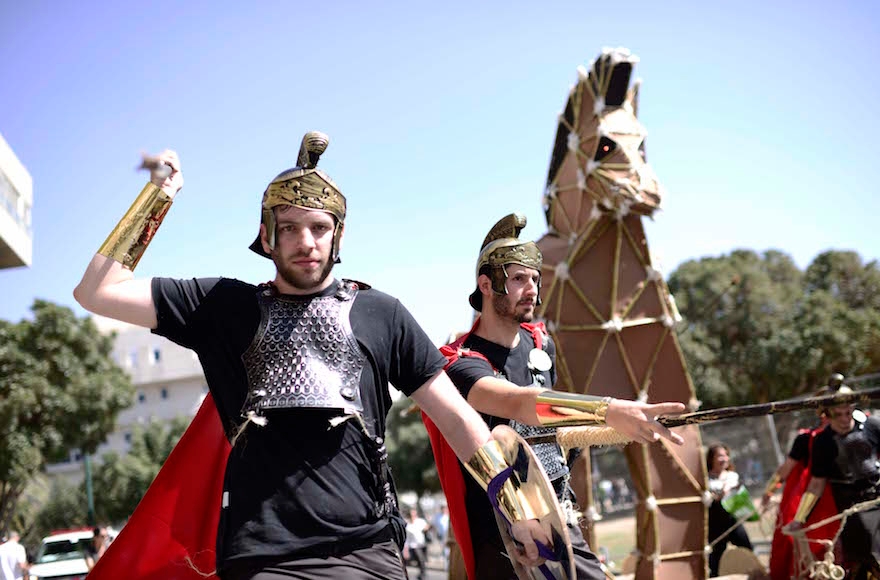 A personal and confidential annual review will arrive in nearly 31,000 inboxes Wednesday.

This isn’t a project of some Big Brother-ish, corporate entity; nor is it a super-early report card for students at a state university. Rather, it’s a key part of the yearly 10Q project, an “online reflection portal” that asks participants deep questions — and sends back their responses one year later.

10Q is project of Reboot, a nonprofit that aims to “affirm the value of Jewish traditions, and create new ways to make the traditions your own,” according to associate director Amelia Klein.

This year, on Sept. 13, Erev Rosh Hashanah, the first in a series of 10 questions will be emailed to participants. For the next nine days, those who have signed up will receive a question a day, such as, “What is a fear that you have and how has it limited you? How do you plan on letting it go or overcoming it in the coming year?” and “How would you like to improve yourself and your life in the coming year? Is there a piece of advice or counsel you received in the past year that could guide you?”

The project is free and open to all.”It’s a spin on the traditional Days of Awe,” Klein said of 10Q. “The essence really is thinking about the year that passed and the year that’s about to start. Who were you? What will you be in the future?”

Throughout the holiday period, participants can revisit the questions and revise their answers. But a few days after Yom Kippur, the vault closes and the answers aren’t seen again until the following year — which happens to be Wednesday for those who signed up in 2014. Each year, the answers to the questions are stored in a secure digital archive — participants can opt to share their anonymous responses, or not — and are sent back just prior to the start of the High Holidays.

By design, questions are the same year to year. “People can watch and measure over time their responses,” said Klein. “What’s changed? What’s stayed the same? It’s almost a snapshot, a diary of that particular point in time.”

The project first launched in 2008, the result of a brainstorm among Klein, New Yorker writer Ben Greenman and playwright Nicola Behrman, and has “incrementally” grown each year, said Klein. “Interest continues to rise and increase as digital media takes over people’s lives,” she said. “It’s important to have the space and the place to do this reflective memory work; thinking about who you are.”

“I think people, more and more, need that personal space; they’re so consumed by what’s going on around them,” she said. “1oQ is asking you to pause, reflect and prepare for the New Year.”