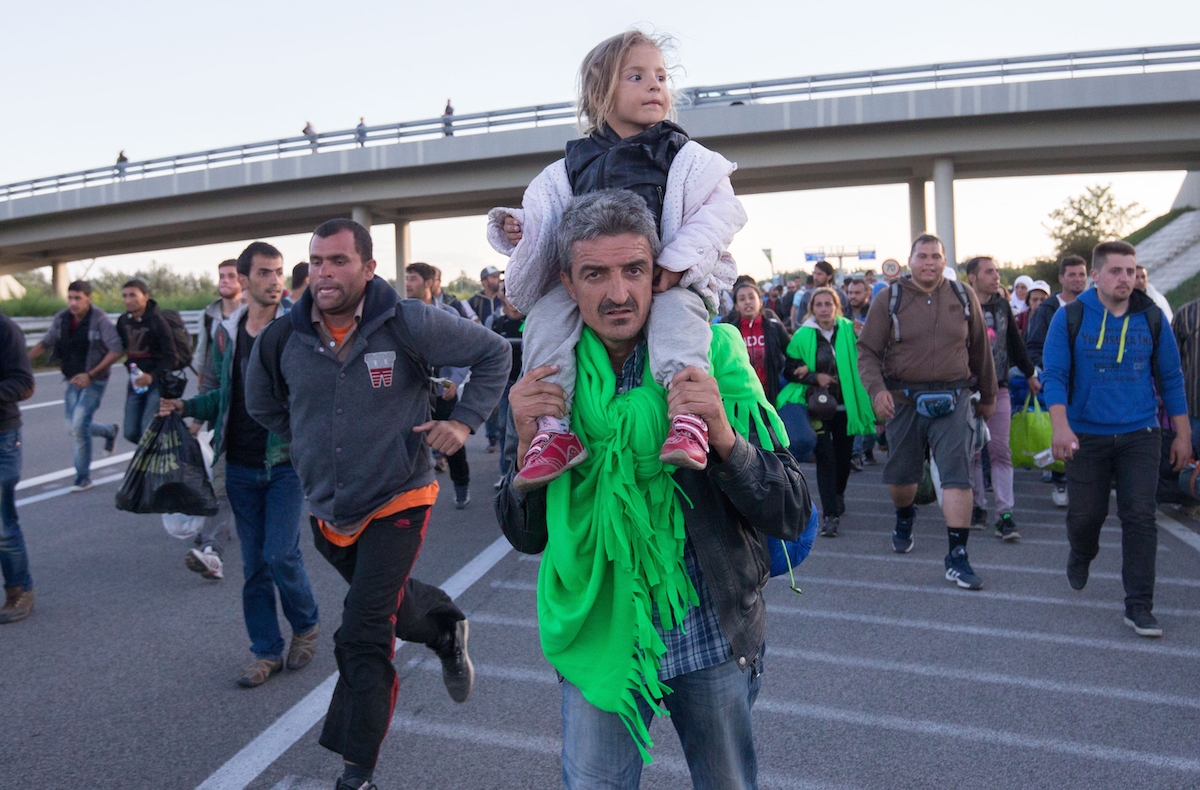 (JTA) — The editor of the Netherlands’ largest Jewish paper warned against applying an emotion-based policy on Arab refugees, whom she said could import anti-Semitism and should be settled in Gulf States.

Esther Voet, editor-in-chief of the Nieuw Israelitisch Weekblad and the previous director of CIDI, Dutch Jewry’s main lobby group, made the plea in an op-ed she published Monday on the news website  jalta.nl about the European Union’s dilemma on how to deal with the arrival of tens of thousands of migrants from the Middle East in recent weeks.

Aid groups and other organizations, including Jewish communities, enlisted to help the refugees as international media published disturbing images of their plight – including the dead body of Aylan Kurdi, a Syrian boy whose body washed up on a Turkish beach after his family’s boat capsized en route from Turkey to Greece.

While the images left her “heartbroken,” Voet wrote, the reaction to them was “a light form of mass hysteria, in which it takes some courage to note that half of refugees come with an economic agenda, that single young men in search of prosperity constitute the majority of the refugee stream.”

Voet, who is a harsh critic of the Dutch far-right, said writing this in the current climate risked being labeled an extremist far-right voter. She said the United Nations should pressure “rich Gulf states” to take in refugees.

Voet also warned of the socioeconomic effects of absorbing the refugees, who come from cultures “with little regard for the rights of homosexuals, Jews and women and who have been indoctrinated and brainwashed to hate Western norms.”

Echoing an earlier call by France’s chief rabbi, Haim Korsia, the umbrella group of Dutch Jews, CJO, on Tuesday urged the Dutch government to show “generosity” to the refugees. But, unlike Korsia, the group said it was “concerned” that their absorption may increase anti-Semitic violence, which in the Netherlands is believed to be predominantly the handiwork of immigrants from the Middle East.

Whereas Hungary, the main point of entry for refugees from Syria and Iraq and other migrants from across the Middle East, declared it would accommodate none of them, Germany on Tuesday agreed to absorb half a million per year. France said it would take in 24,000 refugees by 2017.