Rivlin, Netanyahu have not met in two months 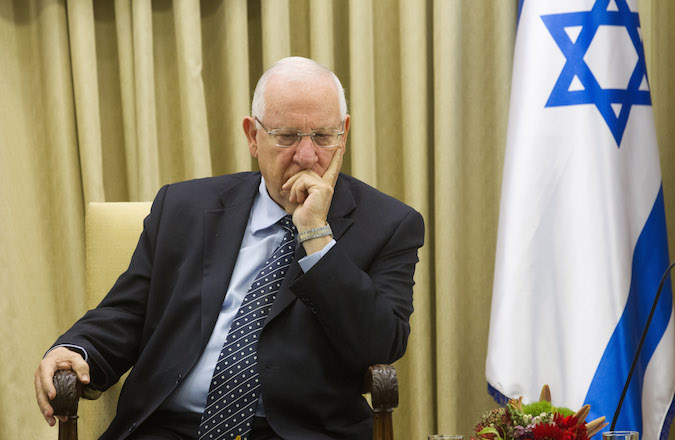 Israeli president Reuven Rivlin at the president's house in Jerusalem on May 28, 2015. (Miriam Alster/Flash90)
Advertisement

The two leaders had met at least once a month since Rivlin became president a year ago, but their last meeting was on July 17, Rivlin said Wednesday during a half-hour interview with Army Radio.

“I think we’ve exhausted our differences vis-à-vis our relations with the different international systems,” Rivlin said. “Until these things are off the agenda, it seems we don’t need to meet because it seems each one is busy with the same issues.”

Netanyahu was on the way to London for an official visit at the time of the interview.

In interviews with the Israeli media in early August, Rivlin publicly criticized Netanyahu’s handling of relations with the United States and President Barack Obama .

Rivlin was not the prime minister’s choice for president, and Netanyahu actively worked against Rivlin’s election to the position.