Report: Obama and Netanyahu to meet Nov. 9 in D.C. 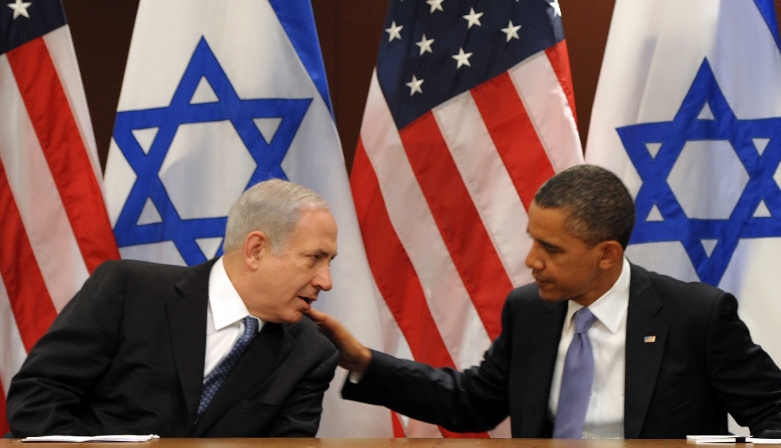 Israeli Prime Minister Benjamin Netanyahu and President Obama, shown at a September 2011 meeting at the United Nations in New York, are likely to meet again in Washington at the beginning of March, when decisions on Iran will be coming to a head. (Avi Ohayon/GPO/FLASH90 )
Advertisement

The date of the meeting was reported Sunday by the Israeli daily Israel Hayom, citing unnamed political sources in Jerusalem.

Netanyahu is scheduled to arrive in Washington on Nov. 8 to attend the Jewish Federations of North America’s annual conference.

On Friday, White House spokesman Josh Earnest said he could not confirm a White House meeting between Obama and Netanyahu.

“We’ve made clear that consultation between U.S. and Israeli officials is something that has been ongoing. And the president reaffirmed in his telephone call with Prime Minister Netanyahu a couple of months ago that the security cooperation between our two countries would continue,” Earnest said.

He continued: “We have not yet received from the Israelis an interest in detailed discussions about deepening that security cooperation relationship, but we stand ready to have it when the Israelis are. But I don’t have any specific meetings to tell you about right now.”

On Thursday, in his annual pre-High Holidays call to U.S. rabbis, Obama said that he was ready to meet with Netanyahu during the United Nations’ General Assembly opening session, which starts next week and runs through Oct. 6. Netanyahu until now has rebuffed such overtures because of his disagreement with the U.S. leader over the Iran nuclear deal.