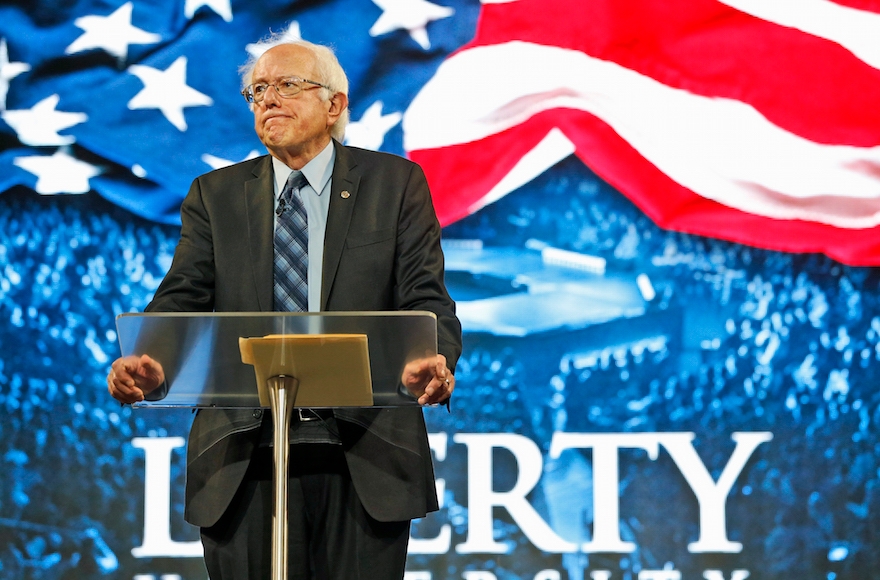 Sanders, a Jewish candidate for the Democratic presidential nomination, “preached” on Monday to a crowd of nearly 12,000 Christians about income and racial inequality.

In his speech, Sanders attempted to compare his liberal political philosophy to the wisdom of the Bible.

“[L]et me tell you that it goes without saying, I am far, far from being a perfect human being, but I am motivated by a vision, which exists in all of the great religions, in Christianity, in Judaism, in Islam and Buddhism, and other religions,” he said. “[L]et me respectfully suggest that there are other issues out there that are of enormous consequence to our country and in fact to the entire world, that maybe, just maybe, we do not disagree on and maybe, just maybe, we can try to work together to resolve them.”

Sanders showed off knowledge of the New and Old Testaments by quoting Matthew 7:12 (“in everything do to others what you would have them do to you”) and Amos 5:24 (“let justice roll on like a river, righteousness like a never-failing stream”). A proud socialist, he tried to make the case that he shared a sense of morality with the Christian audience that informed his stance on issues such as income inequality.

Liberty University President Jerry Fallwell, Jr., whose father started the school, told the New York Times that Sanders’ messages about morality resonated – but his policy ideas did not.

“We have the same goals, helping people in need, we just have different philosophies on how to get there,” he said. “I think it was Margaret Thatcher who said that the problem with socialism is that eventually you run out of other people’s money.”

Social issues, like abortion and gay marriage, were also a wedge between Sanders and the evangelical crowd.

“How can he be for family values but also for abortion?” student Adam Ochs told the Times.

Sanders didn’t get the thunderous applause he is used to at his rallies, but some enthusiastic fans were in attendance. Freshman Josh Doyle wore a Sanders 2016 T-shirt to Monday’s speech.

“Just for wearing the shirt you get angry looks and that kind of thing,” Doyle told Politico. “But then again a lot of people have been very, very nice about it.”