Meet the director who spoofed the Israeli-Iranian ‘Cold War’ 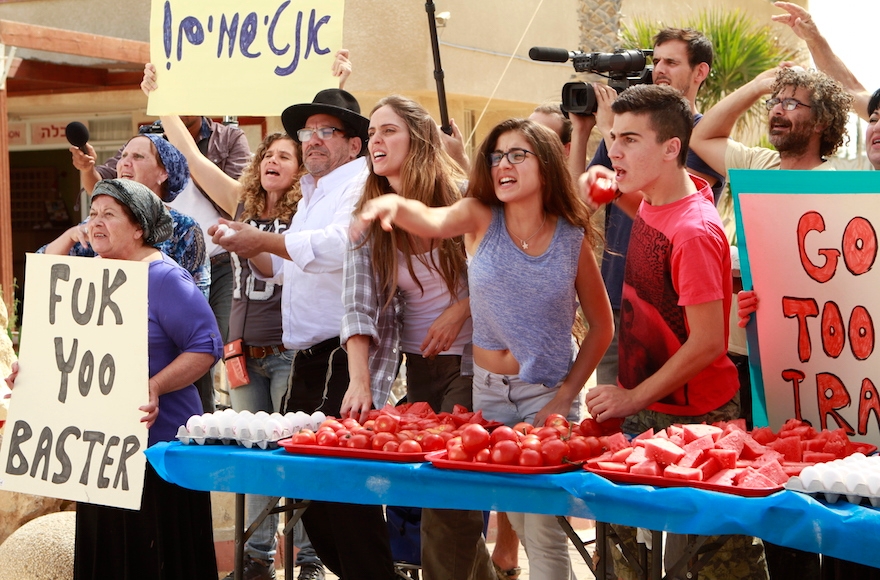 With tensions high over the Iran nuclear deal this summer, a billboard appeared at a busy intersection in central Tel Aviv announcing: “Soon opening here: Iran’s Embassy in Israel.”

The sign featured Israeli and Iranian flags and a local phone number, which took callers to the supposed embassy voicemail.

After weeks of speculation – and international media coverage – the sign was revealed in late August to be a public relations stunt for the new comedy film “Atomic Falafel,” which opened in Israel on Sept. 10.

What’s funny about a deadly face-off between Middle Eastern powers, with nuclear implications? Plenty, according to the film’s Israeli director Dror Shaul.

To Shaul, the bellicose rhetoric of Israeli and Iranian leaders is more absurd than the prospect of the two countries establishing diplomatic relations.

“The civilians on both sides can be friends,” he told JTA. “The enemy of Israeli and Iranian citizens is both of our irresponsible leaderships.” Making light of Israel’s often-precarious security situation is just another day at the office for Shaul, who has built his career in Israel’s tradition of black anti-establishment humor.

Israeli films in this vein date back at lease as far as 1976’s “Givat Halfon Lo Ona” (“Halfon Hill Doesn’t Answer”) directed by the son of famed Defense Minister Moshe Dayan, Assi Dayan, who died in 2014. The film tells the story of Israeli army reservists watching the Egyptian border in the Sinai Peninsula and gently satirizes Israeli military culture.

Until recently, Shaul was best known in Israel for his 1999 cult-hit “Mivtsa Savta” (“Operation Grandma”), about the absurd lengths to which three brothers go to bury their deceased grandmother on her kibbutz in a faux military-style operation.

“Atomic Falafel” similarly follows young people on a mission. In this case, two teenage girls, one from Israel and the other from Iran, team up online to prevent nuclear war between their respective countries. The film’s laughs come at the expense of the Israeli and Iranian political and defense establishments.

“In Iran, the leadership is making irresponsible threats that Israel won’t exist in another 25 years. What purpose is served by saying something like this?” said Shaul.

“At the same time, former Defense Minister Ehud Barak said the other week that Israel had planned to bomb Iran in 2012 to take out its nuclear program. This creates a sort of Catch-22 situation where the Iranians can say, well, if they were planning on attacking us, it means that we really do need a nuclear weapons.’” 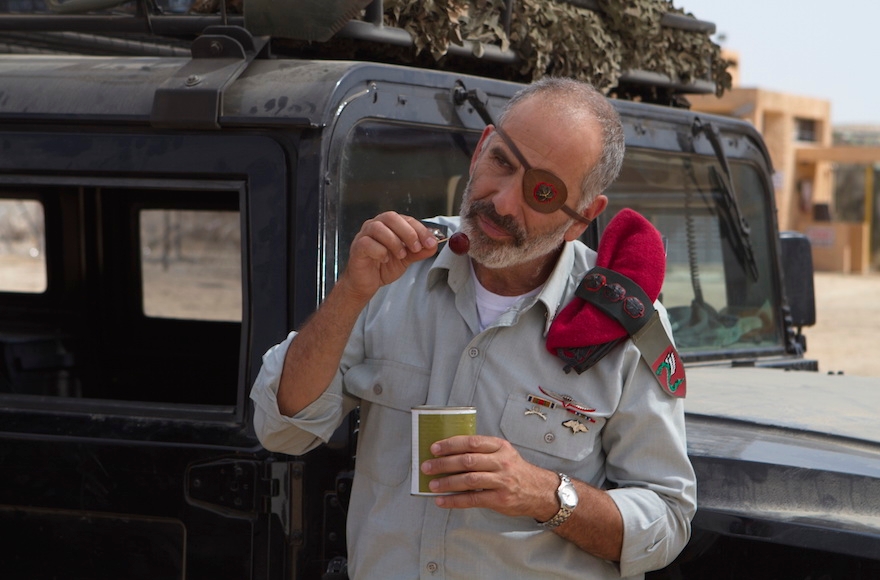 An Israeli army officer eating falafel in a scene from “Atomic Falafel.” (Courtesy of Dror Shaul)

Some in the film press have called “Atomic Falafel” the Israeli “Dr. Strangelove” – American director Stanley Kubrick’s 1964 sendup of Cold War nuclear fears, which was controversial in its day.

Dror explained that he chose the film’s name to capture the contrast between Israel’s immense technological capabilities and the often-slapdash way of handling things here.

“Falafel is something not quite a meatball made from paste that is deep fried in oil,” he said. “You don’t really know what is in it besides the chickpea powder. It could be bread crumbs or God knows what else.”

At the same time, though, Shaul is hopeful that technology may help today’s youth come together to solve their problems in a way their parents and grandparents’ generations could not.

“A teenage girl today whether she is from Tel Aviv, London, Tehran or Cairo cares about the same things, like whether she is popular, has a boyfriend, how uncool her parents are, etc.,” he said.