Op-Ed: Why Pope Francis has given religion a good name again 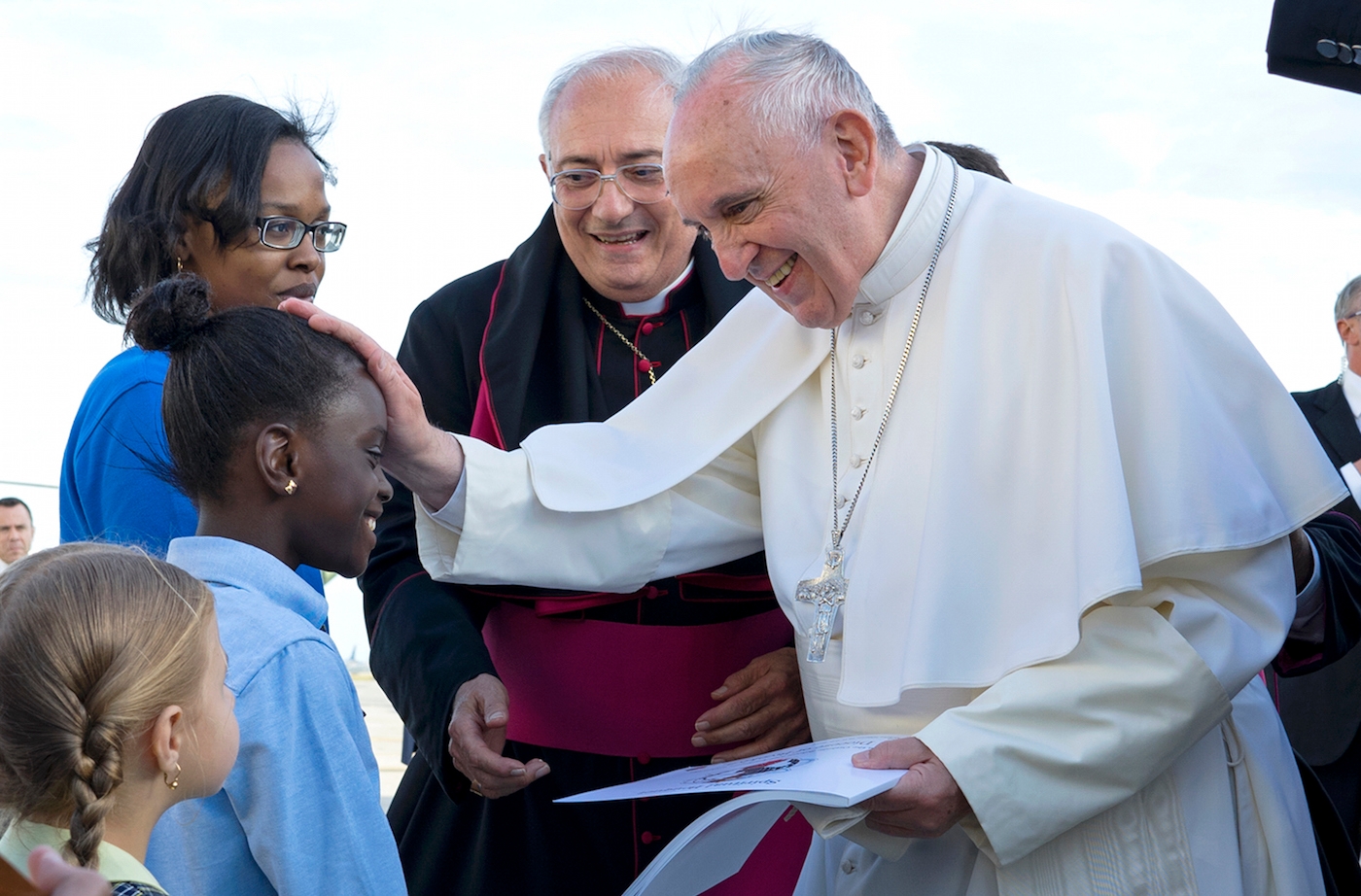 NEW YORK (JTA) — This is a momentous week — not only because it is Judaism’s most sacred season, but also because as we welcome 5776, we in North America are also welcoming Pope Francis, one of the most inspiring religious leaders of our time.

Rather than hiding in medieval liturgical texts, this pope has made his home in the modern world. From day one, he has been stripping away centuries of unbending and encrusted rules to uncover a living spark of godliness in an ungodly age. His words are as refreshing as they are unsettling, but his heart is always open, always ready to embrace those who have been driven from the church by morally corrosive scandals and unyielding strictures.

Rather than offering abstract sermons on human dignity, Pope Francis washes the feet of the prisoners and kisses those whom society casts out. He’s the real deal, not some carefully scripted religious bureaucrat. People feel the authenticity and depth of his faith, making us take notice, and enabling us to put aside our differences.

Without changing one single doctrine, he’s changed everything. Early in his papacy, he refused to wag his finger at LGBT members of his flock, asking rhetorically, “Who am I to judge?” The answer might have been, “You’re the pope, and traditionally one of your jobs has been to judge everyone and everything.”

But not this pope.

Although he could have chosen to sit in papal splendor high above his flock, instead he chooses simplicity and modesty. The word “pontificate” comes from all the traditional associations with his high ecclesiastical office; nonetheless, Pope Francis has yet to pontificate.

In his first in-depth interview after his election as pope, he expressed a stunning humility about his own belief and leadership:

“If one has the answers to all the questions — that is the proof that God is not with him. It means that he is a false prophet using religion for himself. The great leaders of the people of God, like Moses, have always left room for doubt. You must leave room for the Lord, not for our certainties; we must be humble.”

Imagine if Pope Francis had presided over the Catholic Church during World War II. How many more Jewish refugees might have found shelter in Catholic houses of worship and homes? Just days ago, as Europe’s train stations teemed with refugees from Syria and elsewhere, this pope didn’t need to convene the church’s vast hierarchy to weigh the options. He knew instantly that religious faith requires welcome, love and care.

As an imperative from his clear, genuine faith, Pope Francis’s advocacy is incredibly gutsy. Unafraid to take on the gods of Western civilization on behalf of the poor and voiceless, he connects the plagues of modern society to the systemic causes of poverty by confronting climate change, consumer capitalism and human rights violators. By inviting us all to take up these causes, he not only demonstrates his recognition that taking action is a necessary result of speaking truth, but also that together, we can have greater influence.

Don’t get me wrong. I pray that after redirecting the trajectory of his church, he will update many of the doctrines and practices that seem so out of touch with the spiritual yearning of those who would otherwise be faithful. In time, he will need to do more than set a new tone. Deep structural change is no doubt required.

His critics are not wrong that Pope Francis has not yet offered specific proposals. Of course, the world does not need another policy wonk; it needs a religious leader.

Is it possible that he will usher in a new era of Reform Catholicism? Although that may sound like a contradiction in terms or a recreation of the Protestant Reformation, we haven’t yet seen the full effect of this pope’s vision for the church. Like so many others, I will be watching closely – this week and beyond.

Pope Francis articulates a religious agenda that is far more profound and elemental than the intricacies of church doctrine. And because he has opened the heart of the church widely to focus on what matters most, he has won the admiration of the faithful and the previously faithless. In so doing, he is giving religion a good name.

(Rabbi Rick Jacobs is the president of the Union for Reform Judaism.)