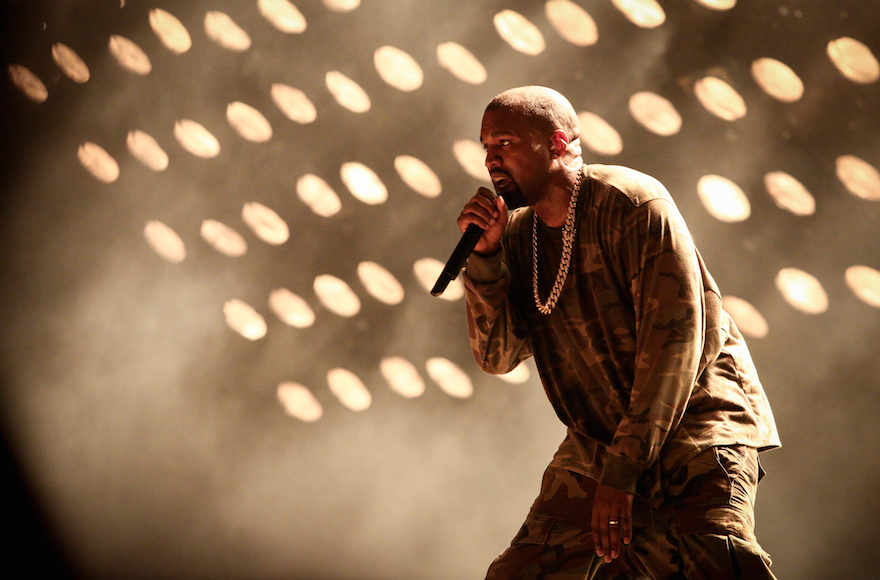 It’s not every day that a self-anointed god visits the Holy Land. That’s why some 20,000 Israeli fans showed up when rapper Kanye West performed at Ramat Gan Stadium outside of Tel Aviv on Wednesday night.

However, according to reports in Israeli media, the show was far from divine. West showed up 30 minutes late and performed alone onstage to a recorded soundtrack. Sound problems plagued the 1 hour, 20 minute set, and West did not interact with the crowd. In the Times of Israel, writer Stuart Winer remarked that foreign artists normally say “Shalom” to hospitable Israeli fans, but West didn’t even offer as much as a “Good evening, Tel Aviv!”

The fans, mostly in the in the 14- to 24-year-old range, seemed pleased with the set list, which included many of West’s biggest hits such as “Stronger,” “Power” and “Runaway.”

Still, the nearly empty stage was conspicuous and strange. Commentators said that West had to expend an ungodly amount of energy onstage to keep the crowd engaged. In “FourFiveSeconds” — a studio collaboration of  West, Rihanna and Paul McCartney — West sang Rihanna’s lines in addition to his own. In “Good Life,” he did the same with T-Pain’s lines.

On Ynet, writer Ami Friedman explained: “The majority of the audience were satisfied with the string of big hits performed but their rapid delivery, combined with the fact that the show was minimalistic, almost embarrassing in terms of production, gave them short shrift.”

This was West’s second visit to Israel. In April, he and wife Kim Kardashian visited Jerusalem for the baptism of their daughter, North, in the Cathedral of St. James in the city’s Armenian quarter (Kardashian is Armenian-American). The Kardashian family is also rumored to be looking for real estate to buy in Israel.

During the family trip, West tried to throw together an impromptu performance that never happened.

Maybe West will return to Israel in a few years and offer a more realized performance. After all, he could be president by then.