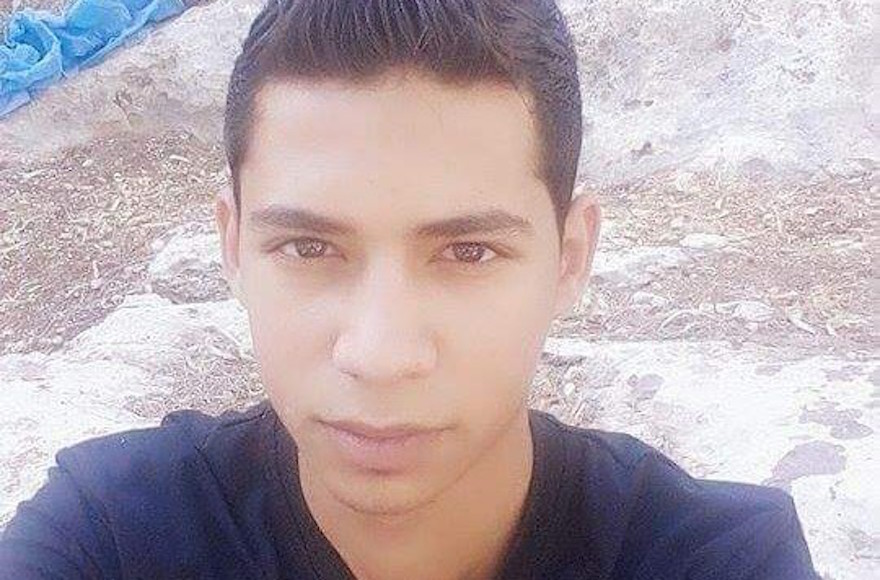 Muhannad Shafeq Halabi, 19, was identified as the attacker of two Israeli men on October 3, 2015, in a stabbing attack in Jerusalem’s Old City. (Israel Police)
Advertisement

JERUSALEM (JTA) — The Palestinian Authority condemned Israel for the killing of two Palestinians who allegedly attacked Israelis in Jerusalem, and the PA called on the United Nations to intervene to protect its citizens.

In a statement published Sunday on the website of the Wafa Palestinian news and information agency, the P.A. called on the international community to intervene following “the killing of two young men in occupied Jerusalem and the series of incursions into cities and villages in the West Bank.”

The statement by P.A. government spokesman Ihab Bseiso did not say that the two Palestinian men were killed by Israeli security services in the wake of attacks on Jewish-Israelis.

Muhannad Shafeq Halabi, 19, a law student from the al-Bireh village near Ramallah in the West Bank, is alleged to have stabbed to death two Jewish-Israeli men on Saturday night in the Old City of Jerusalem. He was killed in a shootout with Israeli troops after he allegedly grabbed one of his victim’s guns and started firing.

Fadi Aloon, a resident of the eastern Jerusalem neighborhood of Issawiya, was killed Sunday morning while being pursued by Israeli police officers after allegedly stabbing a 15-year-old Israeli teen in Jerusalem.

“The only solution is the end of the Israeli occupation of our occupied Palestinian land and the establishment of our independent state on the 1967 borders with Jerusalem as its capital,” Bseiso said in his statement, according to Wafa.

On Sunday, the Israel Police announced that Palestinians would be banned from the Old City for two days in the wake of the stabbing attacks.