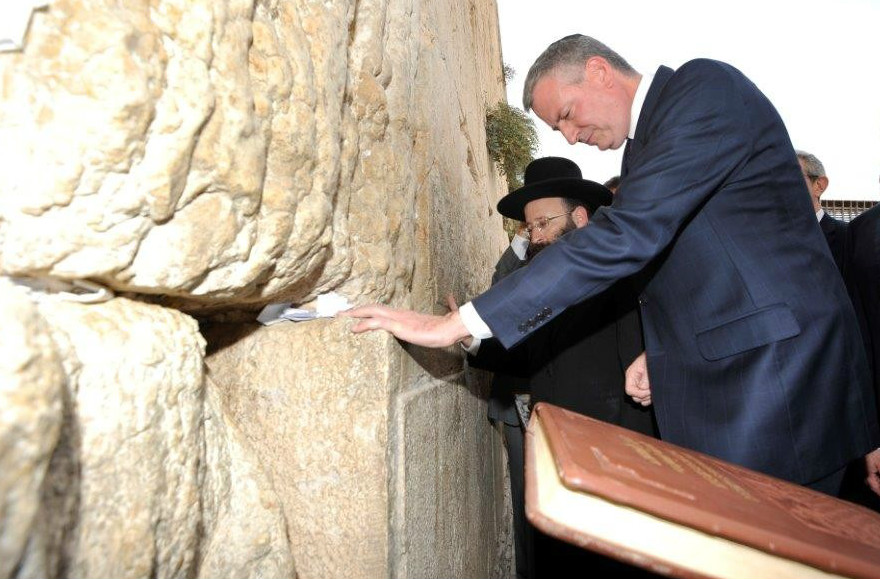 “When you are attacked, we also feel attacked,” de Blasio said during the visit Saturday night to the Hadassah Medical Center in Ein Kerem with his Jerusalem counterpart Nir Barkat. “We in New York are very familiar with the effects of terrorism,” he added, a reference to the Sept. 11 attacks on the city.

“You can’t think about acts of terrorism like this in the abstract when you meet the victims and you meet the families. It becomes very real,” de Blasio said. “There can’t be peace when civilians are wantonly attacked just for going about their business.”

Earlier in the day, de Blasio met with Tel Aviv mayor Ron Huldai and with Israeli and Palestinian children and their parents from the Max Rayne Hand in Hand Jerusalem School,a  joint Arab-Jewish school that was the victim of an arson attack late last year.  On Sunday, de Blasio, and 40 mayors from cities around the world, visited the Yad Vashem Holocaust memorial and museum.  He also was scheduled to meet with Israeli Prime Minister Benjamin Netanyahu on Sunday.

During his three-day visit to Israel de Blasio is scheduled to be the keynote speaker at a conference of international mayors sponsored by the American Jewish Congress and other Jewish groups.

It is his fourth trip to Israel, his first as mayor, according to the New York Post.