Along with Jewish vendors, another Cubs legacy at risk: Losing 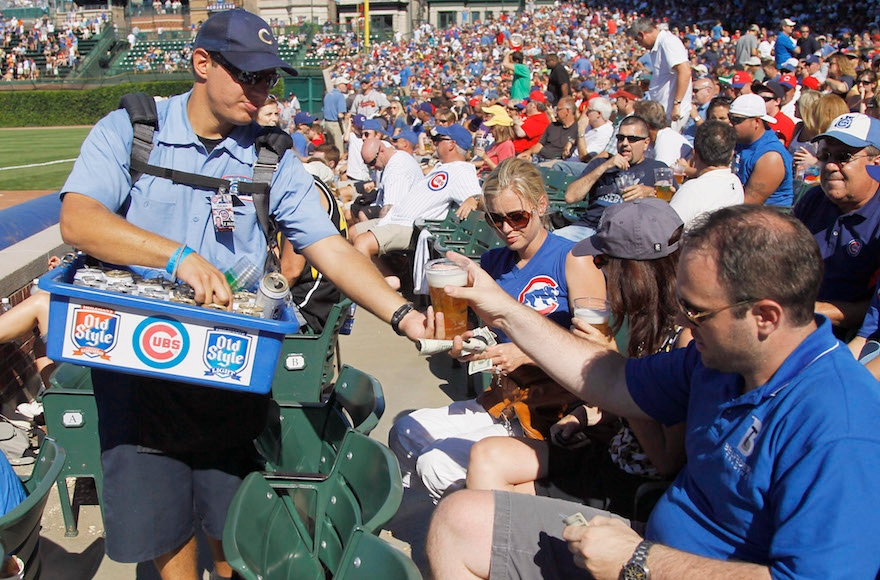 A vendor selling a beer to a fan during a Chicago Cubs baseball game at Wrigley Field in Chicago, Aug. 25, 2011. (Charles Rex Arbogast/AP Images)
Advertisement

I wrote a story last year about the Orthodox Jewish vendors that used to work Cubs games at Wrigley Field.

The story, “At Wrigley Field, Orthodox vendors going the way of Cubs wins,”prompted an outpouring of reminiscing in Jewish Chicago about the good old days, including a letter from a reader about the first Orthodox Jewish vendor ever to work the ballpark.

Here was my original lede:

“Longtime fans of the Chicago Cubs know there are a few mainstays they can expect when they visit Wrigley Field: ivy on the outfield walls, a strict no-wave policy rigorously enforced by fans and, most days, disappointing play by the hometown team.

“But there’s one little-known quirk at Wrigley that appears to be fading away as the ballpark, which celebrated its 100th anniversary last week, enters its second century: the numerous Orthodox Jewish vendors who sell food and drinks in the stands.

“A few subtle signs could give them away: a stray tzitzit strand flapping out of a jersey, a name tag reading Simcha, the mincha prayer minyan that used to take place in the outfield stands before or after games.”

With the Cubs now in the MLB National League Championship Series for the first time since 2003, one proud Chicagoan told me on Saturday that I should change the story to eliminate the references to Cubs’ losses.

Well, let’s see. That was before the Cubs dropped the first two games to the New York Mets. With the playoffs now shifting to Chicago, can the Cubbies rewrite history?