MSNBC apologizes for showing ‘not factually accurate’ maps of Israel 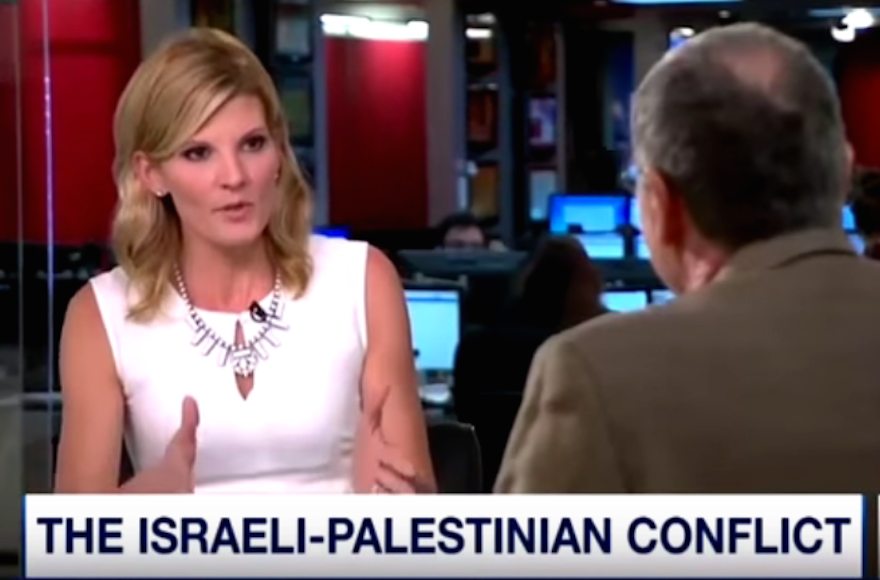 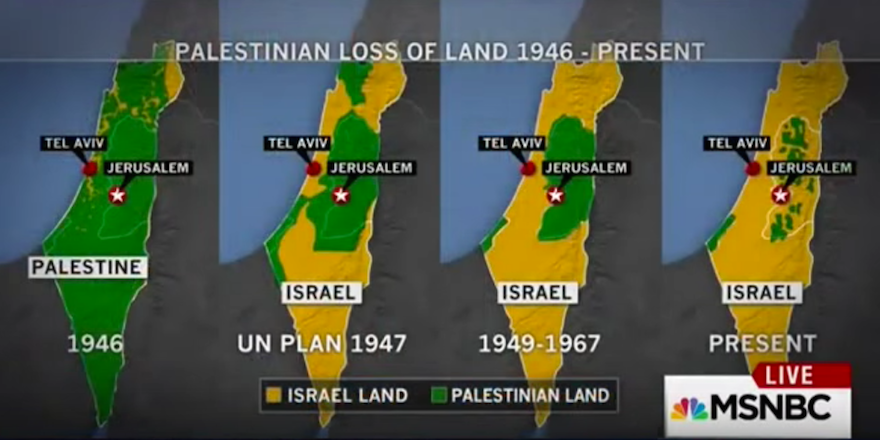 (JTA) — MSNBC apologized for using “not factually accurate” maps in a segment discussing the violence that has erupted across Israel in recent weeks.

“MSNBC Live” host Kate Snow acknowledged Monday that her show displayed maps describing present-day Israel as a Palestinian state in 1946, when the area was under British mandate rule. The series of maps shown last Thursday gave the impression that Palestinians had control over all of modern-day Israel and have continuously lost land since.

“[I]n an attempt to talk about the context for the current turmoil in the Middle East, we showed a series of maps of the changing geography in that region,” Snow said. “We realized after we went off the air the maps were not factually accurate and we regret using them.”

Longtime NBC Middle East correspondent Martin Fletcher, author of “Walking Israel: A Personal Search for the Soul of a Nation,” explained the historical inaccuracies in detail.

“The bottom line is that it was completely wrong … there was no state called Palestine,” Fletcher said. “It gave the wrong impression.”

One of the maps shown in the original segment showed the West Bank and Gaza as controlled by the Palestinians from 1949 to 1967, when the regions were actually controlled by Jordan and Egypt, respectively.