The only safe place for battered Orthodox Jewish women in Israel 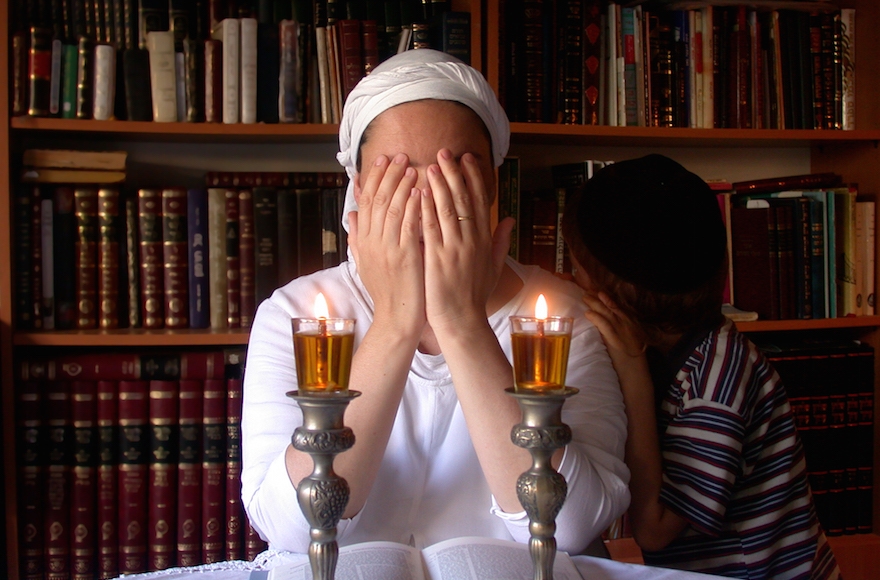 (JTA) — Twenty years ago, when Noach Korman was starting out as a rabbinic lawyer in Jerusalem, a young woman pushing a baby in a stroller entered his office. The woman told Korman that she would like him to represent her in divorce proceedings before the beit din, the rabbinic court.

As Korman gathered information about the case, he asked the woman what should have been a simple question: “What’s your current address?” But she didn’t have an easy answer.

She had fled her abusive husband two weeks earlier, she explained. The woman tried to go to her parents’ home, but her mother told her that she had to return to her husband. A social worker had offered to place her in a shelter, but as a haredi Orthodox woman, she couldn’t remain there due to the lack of strict kosher and Sabbath adherence. So she was left to seek out shelter in the hotel lobbies of Jerusalem instead.

“I was shocked,” Korman recalled. “I didn’t understand that a woman could find herself without any solution.”

Korman had assumed that there were resources available to abused Orthodox women, just as there were for secular ones. But he quickly learned that nothing existed for this demographic. He spent hours making calls on his client’s behalf, trying to find her a place to stay. None of the community service organizations in Jerusalem could help; neither could any of the rabbis he reached.

Three hours later, the woman was still sitting in his office, with nowhere to go except back to a hotel couch with her child.

Eventually Korman was referred to an elderly woman who was looking for someone to help her around the house. The battered woman and her child went to stay with her while Korman continued to work on her case.

It was a turning point for the lawyer. As Korman became more vocal about the issue of domestic violence in Orthodox circles, more and more cases were referred to him.

“If a woman arrived at the rabbinic court in Jerusalem and she said she has a ‘problem,’ they would give her my phone number, like I have a solution for all of them,” he said. “I didn’t have anything.”

But he was working on one: Korman decided to create a refuge for Orthodox women needing protection from abusive husbands. He visited secular shelters and was impressed by how, in addition to safety, these places offered rehabilitative care and legal assistance.

This was how Bat Melech — the only network of domestic violence shelters that cater to the Jewishly observant in Israel — was created. The name, which translates to “daughter of the king,” is derived from a verse in Psalms and indicates the way that Korman hoped the abused women would be treated — like royalty.

Bat Melech’s first shelter opened in 1995 in an apartment in Jerusalem. Since then, it has grown to two locations — one in Jerusalem and one in central Israel — and has served a thousand women and 4,500 children. (Of the remaining 12 shelters in Israel, two cater to Arabs and the rest to the general Israeli population.)

According to Korman, the Israeli government pays for about half of Bat Melech’s operating costs — the rest has to be raised. One reason for the shelter’s budget shortfall is the government’s funding formula: Based upon the birth rate among nonreligious women, it calculates that women arrive with no more than two children. But the average woman who comes to Bat Melech brings four kids.

Some may not recognize the urgency of providing Orthodox women with shelters that address their specific religious needs. After all, if a woman and her children are being abused, should it matter that they have access to kosher food? And while Jewish legal reasoning provides an out from observance in life-threatening circumstances, there is more to consider than just religious law.

For many of these women and children, being forced to go to a shelter where their religious lifestyles are not acknowledged would likely compound the trauma, said Amy Oppenheimer-Abitol, the former overseas director of Bat Melech. Creating an environment that is religiously comfortable helps mitigate the trauma of having to move into a shelter.

Also, since communal rabbis and leaders often participate in seeking out shelter for battered wives, they’d probably be less likely to suggest a shelter that didn’t adhere to Orthodox Judaism’s rules. Even if these communal rabbis are reluctant to publicly acknowledge the existence of domestic violence in their congregations, their imprimatur is essential to getting women to leave abusive husbands.

“The week after she went to a nonreligious [shelter], her husband’s lawyer went to the rabbinic court,” Korman said.

The lawyer argued that the children were being subjected to secular influences at the shelter.

“The court immediately decided to take the children and give them to the father,” he said. It took three months for the mother to get her kids back.

How does this happen?

Israel’s legal system is part modern and part secular, and part holdover from the Ottoman time when the region was administered through the millet system, in which each religious community was mostly allowed to rule itself according to its regulations.

In the modern state of Israel, some of the millet structure remains — rites of passage, such as marriage and divorce, are handled in religious courts. This means there is no such thing as a civil marriage (or divorce) in Israel. It also means that matters pertaining to divorce, such as alimony or child custody, can be determined by either a panel of rabbis in a beit din or a magistrate in family court — where the case is decided is determined by which court the case was opened.

Sometimes, it can be a race to get to court first — for women, the family courts tend to be more favorable, as religious courts tend to emphasize reunification, with divorce as the last resort. Plus, in the religious courts, any whiff of religious impropriety — even going to a secular shelter to escape physical abuse — can be used against the mother.

Domestic violence, of course, is found in all communities, regardless of religious observance. But the Orthodox community’s insularity and cultural norms can exacerbate the abuse.

“The No. 1 hallmark of insular communities is always that they think that the reason they’re insular is because they view the outside as a threat, which means that the inside is better,” explained Rabbi Eliyahu Fink, an Orthodox rabbi and commentator based in California. “There’s a very large percentage of time that is spent perpetuating myths that the world on the outside is scary and the world on the inside is safe. So the biggest threat to that myth is abuse, whatever kind of abuse it is, because you’re telling people that it’s not safe outside. Meanwhile, people on the inside are actually being hurt. This creates a very strong bias against believing it, against talking about it, against having it in public discourse.” 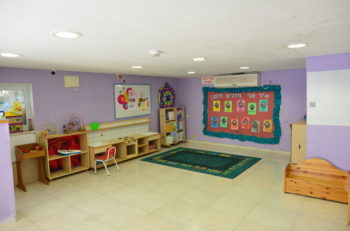 In the United States, the Shalom Task Force, a New York-based nonprofit, has attempted to educate rabbis and community members about domestic violence in the Orthodox Jewish world. Korman spoke admiringly of its work, saying the organization has done what he wishes he and Bat Melech could do: publish an ad in an Orthodox newspaper to let people know about their services.

A modest dress code can also exacerbate the problem, as Orthodox women cover most of their bodies in public, possibly masking markers of abuse. While a woman wearing a high-necked blouse in summer might raise eyebrows in the secular world, it wouldn’t seem out of place in an Orthodox community.

Yet another reason the community may be reluctant to acknowledge domestic violence is because it’s greatly invested in its system of matchmaking and early marriages. To admit that abuse can take place is to come to terms with the fact that the rules do not guarantee protection from social ills.

Sarah (not her real name) had followed all the rules. She married at 19, just a few months after meeting her husband on a shidduch date. The American expat was a newcomer to Israel, having moved there with her family at 18. Sarah had no relationship experience prior to her engagement — in fact, she had only been on a handful of arranged dates.

It wasn’t until she was married that Sarah spent time alone with her husband. That’s when the verbal abuse began.

“It started with yelling. And then it went to putting me down,” she said. “As more time went on it became screaming, and then it was screaming right in my face.”

Sarah noted that one of the things that triggered her husband’s anger was when she told him she had her period. According to Jewish law, a woman is sexually impermissible to a man while she is menstruating.

“He would just freak out,” she said.

The abuse stayed strictly verbal until shortly after their son was born, less than a year after the wedding. Sarah, like most new mothers, was exhausted, but that didn’t stop her husband from the screaming incessantly in her face.

“I felt like something inside of me was going to break if I let him continue to scream these horrible things at me, so I pushed him away from me,” Sarah said. “All of a sudden, he went from outraged to calm. He said to me, ‘I just want you to remember from this day forward that you began the abuse. You made this OK to be physically abusive.’”

That’s when he started hitting her, too.

In the manner of many abusers, Sarah’s husband isolated her from her friends and family, even as her mother was dying of cancer. He preyed on her unfamiliarity with the Israeli government, telling her they would take away her children.

After 6 1/2 years, four children, and two miscarriages (presumably caused by her husband’s beatings), Sarah finally summoned the courage to leave for good after she caught her oldest son trying to climb over the balcony, two flights up. After she pulled him back, he told her, “I don’t want to be here anymore. I just want to go up and be with Hashem. Everybody is fighting here.” He was 5 years old.

Unlike Korman’s first abused client, Sarah’s family agreed to help and let her and the children stay with them. But after her husband made repeated visits, they worried that they could not adequately protect her. Sarah went to Israeli social services and told her story to the social workers.

“That very day, they got me a taxi” to the shelter in Jerusalem, she said.

What Sarah and her children encountered at Bat Melech was the culmination of Korman’s vision all those years ago — a calm, loving environment with resources ranging from legal counseling to therapy to Zumba.

Sarah and her children stayed at the shelter for seven months. (The average stay is about six months.) Bat Melech helped her find and furnish a new apartment. She currently works in day care and, since her now ex-husband refuses to pay child support, she also receives government assistance. Sarah hopes to one day go back to school, so she can find a job that will enable her to support her family on her own.

This outcome is a key part of Bat Melech’s agenda.

“The shelter is not only a safe place,” Korman said. “She’s leaving stronger, with a lot of energy to be independent and to continue with life.”