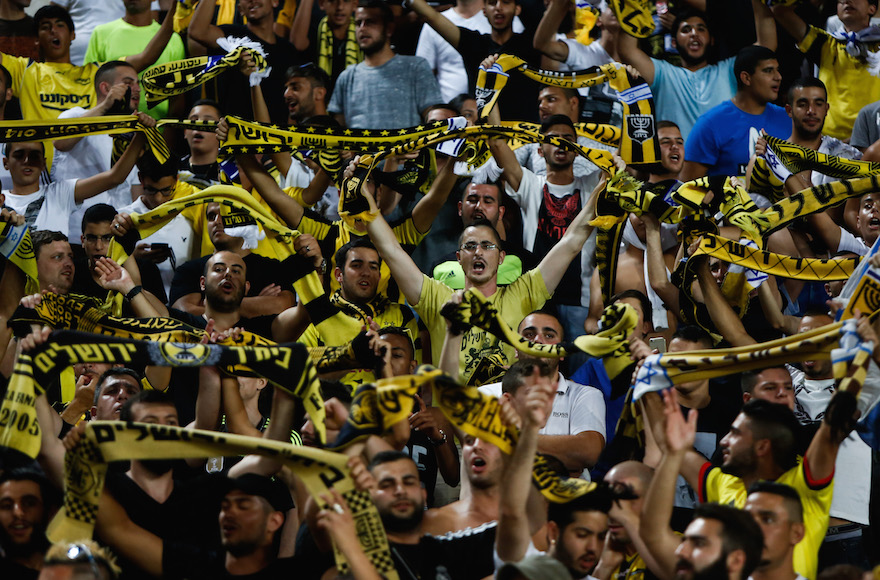 (JTA) — Fans of the Israeli soccer club Beitar Jerusalem chanted the name of Yigal Amir, the Israeli extremist who assassinated Yitzhak Rabin in 1995.

Footage of the incident, which took place Monday night in Tel Aviv’s Bloomfield Stadium during a game against Maccabi Tel Aviv, aired on Israel’s Channel 2, the Times of Israel reported.

Nov. 4 is the 20th anniversary of Rabin’s death. Amir is serving a life sentence for shooting and killing the prime minister at a rally in Tel Aviv.

Beitar Jerusalem is known for its blatantly racist fans, including a core group that goes by the name La Familia, a reference to the Italian mafia.

In the latest episode, in July, a group of Beitar fans threw smoke bombs, flares and firecrackers onto the field at a Belgium stadium during a match between the club and Belgium’s Sporting Chaleroi. After the incident, the team’s owner decided to sell the team, citing the outlandish behavior of the club’s supporters.