In time for Hanukkah, the 9 best Jewish books of the season 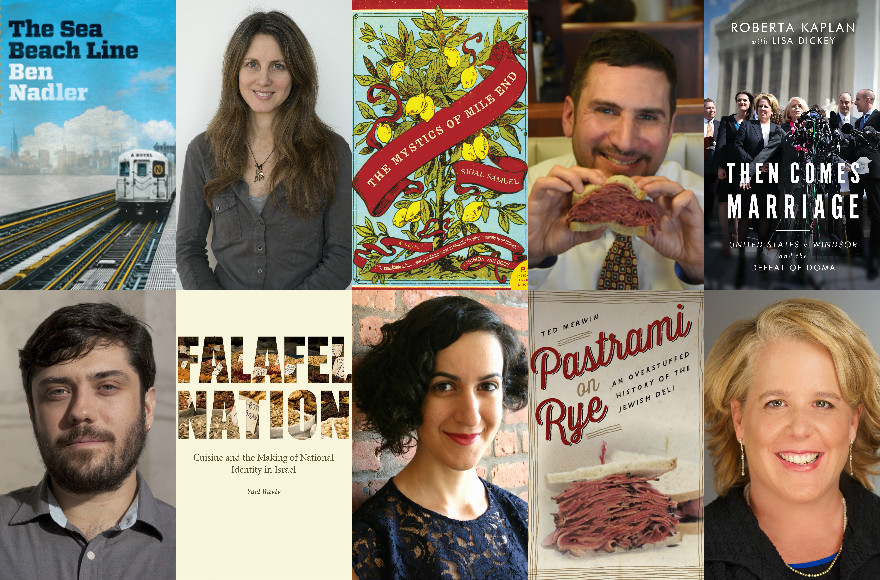 (JTA) — Really, every season is book season — but autumn brings a blend of offerings just right for warming up with as the weather cools down. To help you select the best one(s) to keep you cozy on the couch, or to find that perfect Hanukkah present for the avid readers in your life, check out our selection of notable new reads, all with a Jewish twist. Whether you’re interested in fiction, non-fiction, memoir or graphic novels, we’ve got you covered. 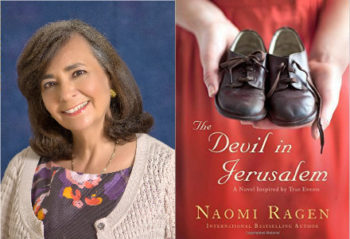 The tenth novel by best-selling American-born Israeli author Ragen is a crime thriller based on real events from a well-known Jerusalem court case. When two young brothers are brought to Hadassah Hospital with horrific injuries, an Israeli detective finds herself navigating her way through the Old City streets and parsing kabbalistic texts and cult rituals in pursuit of answers. Although Ragen has often written about the haredi realm — her early bestsellers were set in the Israeli Orthodox neighborhoods of Mea Shearim and B’nei B’rak — she has said in an interview with the Jewish Book Council that this novel “is about psychopaths who happen to be a part of the Jewish world.” 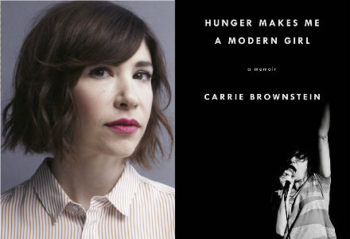 Before Brownstein made her name nationally as co-creator and co-star of IFC’s “Portlandia” (alongside Fred Armisen), she was already an icon to fans of her feminist punk band Sleater-Kinney. And before that she was an ambitious Jewish girl growing up in the Pacific Northwest. This deeply personal memoir reveals her journey from her childhood in Washington — with an anorexic mother and a father who would eventually come out of the closet — to her days as a pioneer of an underground music movement, to a career that earned her a spot as the only woman on a Rolling Stone list of the 25 Most Underrated Guitarists of All-Time — and well beyond. 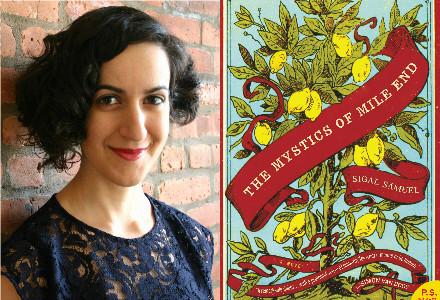 The half-Hasidic, half-hipster Mile End section of Montreal, where this beautifully written debut novel is set, allows Samuel to explore a range of interlocking and conflicting themes: religion, science, chaos, order, love, grief — and, of course, the many pathways to find meaning in life. The lives of David, a professor of Jewish mysticism, and his two teenage children, are all set on divergent trajectories by the tragic death of their wife and mother. The narrative is energized by a format that gives each of the three main characters the chance to tell their own story from a first-person perspective.

Pastrami on Rye: An Overstuffed History of the Jewish Deli (NYU Press) 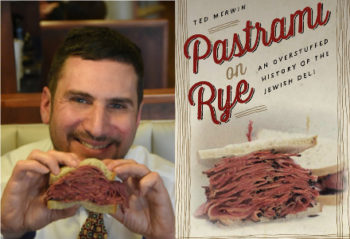 For those who have longed for an entertaining academic treatise on the evolution of a distinctly Jewish and American phenomenon, have no fear: “The first full-length history of the New York Jewish deli,” as its blurb announces, is here. Merwin’s tasty exploration of deli cuisine and culture also tracks larger shifts in the American Jewish experience, particularly in the post-World War II period when delis upstaged shuls as Jewish gathering places. The book explores how delis faced a period of decline, alongside urban Jewish populations — only to rise again in recent years as an iconic cultural symbol.

Falafel Nation: Cuisine and the Making of a National Identity in Israel (University of Nebraska Press) 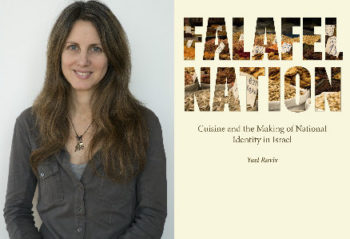 What? More food? Please, like there’s such a thing as Jews talking too much about what to eat. Consider this exploration of the role food has played in the evolution of Zionism and the State of Israel as a thought-provoking alternative to your annual American turkey-and-stuffing conversations. “Falafel Nation” delves into the power struggles, moral dilemmas and the religious, ideological and ethnic affiliations that shape the character of modern Israelis — and how that all relates to the region’s diverse cuisine. Raviv, who runs New York’s biennial Umami Food and Art Festival, gives us quite a bit of intellectual fare to digest.

By Edward Lewis Wallant, with a new foreword by Dara Horn 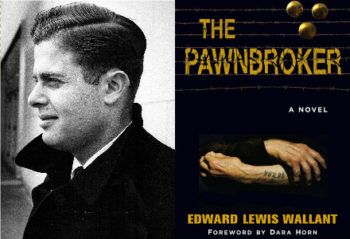 Originally published in 1961 — and made into an acclaimed film in 1964 — this novel about a former Polish university professor and concentration camp survivor in East Harlem was one of the first American works of fiction to deal with the trauma of the Holocaust from the perspective of a character who lived through it. This reissued edition, with a new foreword by novelist Dara Horn (“A Guide for the Perplexed”), reveals that the tale’s depictions of the Shoah’s traumatic aftereffects (terror-filled dreams, flashbacks, crushing guilt) — and its examination of the sometimes troubled relationships between Jews and other American minority groups — remain just as powerful today.

By Seth Kushner, with art by multiple contributors 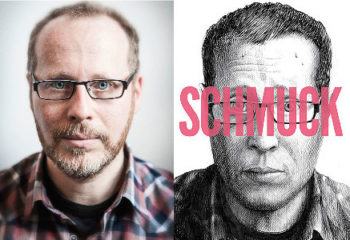 The Kickstarter campaign that, well, kick-started this wonderfully enjoyable work promoted it as “a semi-autobiographic novel anthology about one schmuck’s quest for love and the meaning of life in New York City.” Fair enough, though the description doesn’t begin to capture the hilarity and poignancy that emerges when this collection of 22 comics — all short stories by Kushner, each with a different, talented illustrator — is taken as a whole. The portrait painted (or, rather, drawn and inked) is of a not-so-young nebbish whose openness to sharing life’s foibles makes his character quite likable. In a heartbreaking twist, Kushner, a respected freelance photographer as well as writer, passed away earlier this year and wasn’t able to see his fine book in print. 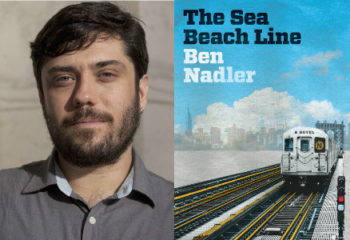 Izzy Edel, the protagonist of Nadler’s second novel, is the best kind of hero: interesting and deeply flawed. Having been booted from Oberlin for drug use, the 20-something drifter returns to “post-Giuliani” New York City, where he attempts to track down his estranged father, who is missing and possibly dead. In the process of seeking answers, he takes over his father’s outdoor bookselling business and delves into his world of hustlers, gangsters and religious characters. Oh, yes — he also meets the girl of his dreams. Rife with references to Jewish folktales and the Talmud, Nadler’s tale is part mystery, part love story and part tribute to Jewish customs and curiosities.

By Roberta Kaplan, with Lisa Dickey 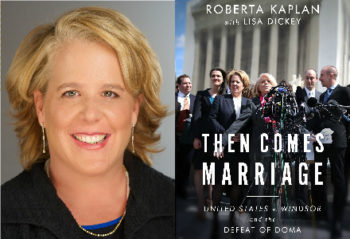 Prominent litigator Kaplan — the architect of the 2013 Supreme Court case that brought down the Defense of Marriage Act and compelled the federal government to recognize same-sex marriages — weaves legal drama with personal narrative for a behind-the-scenes look that is both inspiring and genuine. Beyond the account of the Jewish couple at the center of the case — widow Edie Windsor, whose 40-plus-year relationship with her late wife entitled her to zero spousal rights in the government’s eyes — Kaplan delves into her own story, from her fears that coming out as a gay woman would distance her from her Jewish community to creating a loving, Jewish family with her wife, Rachel.