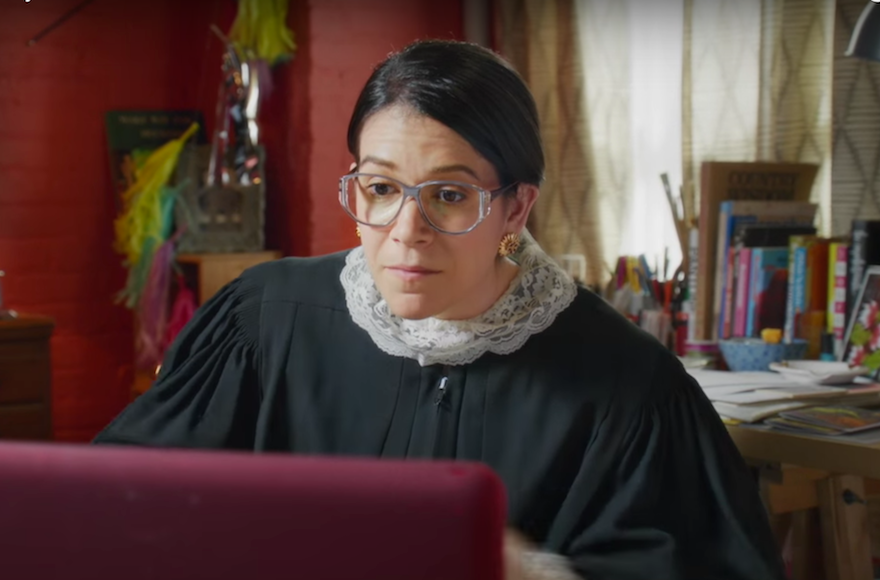 Who makes for a better Halloween costume: Ruther Bader Ginsburg or Judge Judy?

Both of the veteran Jewish justices have loyal followings and their share of memorable quotes. Whose opinions are more influential — “the Notorious RBG”‘s, issued from the Supreme Court, or Judy Sheindlin’s, delivered on afternoon television — is up for debate.

The girls of Comedy Central’s “Broad City” call it a draw. In the latest promotional video ahead of the start of their show’s third season, Abbi Abrams (Abbi Jacobson) and Ilana Wexler (Ilana Glazer) pay dual Halloween “homage.” Guess who dresses up as whom.

The resulting clip is, as to be expected, R-rated and hysterical. The third season of “Broad City” hits the airwaves in February 2016.