See who a Koufax teammate discovered in England 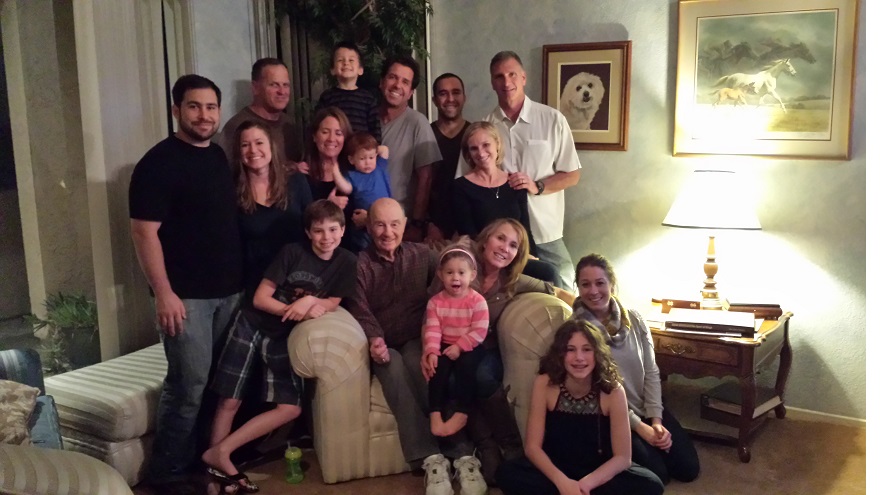 (JTA) – Norm Sherry didn’t go ashore in 1952 when the ship that was transporting his U.S. Army infantry division stopped in England, the country of his mother’s birth. Once in West Germany, Sherry led his division’s baseball team to the championship of American military units there.

Sherry mentioned his mother’s birthplace during a recent interview about former Los Angeles Dodgers’ teammate Sandy Koufax, leading to a look by “Seeking Kin” into her roots. The search connected Sherry to British cousins he’d never heard about. (This success was accomplished with the assistance of Pat Vassilaros, a Pennsylvanian who helps “Seeking Kin” in its searches.)

The discovery, Sherry said from his home in San Diego, California, is “nice to know,” although he doubts he’ll get to meet his newly found kin.

His mother, Mildred Walman, was born in 1900. She and her father, Philip, worked as tailors.

His newly found kin includes Paul Walman, a resident of the London suburb of Essex who is a second cousin of Sherry, once removed. Walman and Sherry have common ancestors: Benjamin Walman and his wife, Miriam (nee Leventhal) – Philip’s parents and the great-great-grandparents of Paul Walman. The couple immigrated to England in the mid-to-late 1800s, apparently from Riga, Latvia. Like his American relatives, Walman’s family members in England were tailors.

One of the Walmans’ seven children, Nathan, married a woman named Rachel, whose maiden name appears in various documents as Katz, Katson and Katchin. Two of the couple’s nine children, Lottie and Esther, married in London and moved with their husbands to Paris. The sisters were deported to Auschwitz and killed there in 1942.

Records have not been located to learn the fate of Louis Gelazzer (also spelled Gelasser), Lottie’s husband. Esther’s husband, Aaron Greenberg, survived and was later reunited in Paris with their three daughters, who had escaped the city and hid in southern France – as did the two daughters of Lottie and Louis.

Paul Walman met Esther’s daughter, Freda, on visits to Paris in the 1960s and again two years ago. 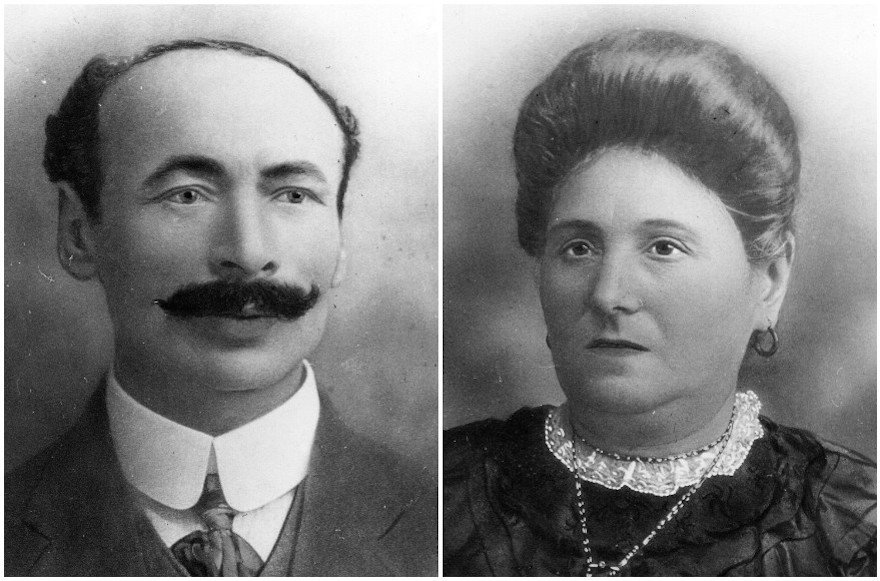 Sherry said he’d figured he “must have” relatives killed in the Holocaust. The assumption now being confirmed “is terrible,” he said.

Tragedy had struck Nathan and Rachel much earlier, when their infant triplets – Simon, Philip and Lily – died separately of disease in 1900. Walman said he uncovered a document in the country’s Royal Archives stating that Queen Victoria sent Nathan and Rachel Walman a gift of 3 pounds on June 26, 1899, upon the triplets’ birth, apparently to help cover additional household expenses.

Many touchstones still exist in London connected to the Walmans’ lives there. Walman recently visited his mother when she was sick in Whitechapel’s Royal London Hospital, “where most of the Walmans were born,” he said. The East London Synagogue, where many Walmans were married, continues as a congregation, albeit in another building. Much of the East London neighborhood where the immigrant family settled is now occupied by Bangladeshi and Pakistani immigrants. The apartment on Old Compton Street where Nathan and Rachel lived still stands in the heart of London’s Piccadilly Circus.

“It’s been fascinating,” Walman, 57, said of his years of research and uncovering of documents.

A software consultant, Walman used to travel to California for business. He says he was unaware of his Sherry relatives living in the state or he’d have visited.

Asked whether he was familiar with America’s national pastime, Walman was quick to pronounce, with a laugh, “No! I know as much about baseball as you do about cricket.”

Maybe he’ll get to learn more on a future trip to California. Sherry also could take him to the Los Angeles neighborhood where he was raised or to the San Gabriel home where his maternal grandparents, Philip and Rose Walman – Philip was the brother of Paul’s great-grandfather Nathan – lived in a house set 50 yards up the road, at the end of a berry-tangled fence that would guide Norm’s aunt as she drove the Sherrys there for Sunday visits.

In the past week, Sherry was also recalling his two appearances in the World Series as a coach. His team lost both times, in 1984 and 1989.

Like millions of others, he viewed the showdown between the Kansas City Royals and New York Mets.

“It’s always interesting to me to watch,” he said. “Winning the World Series is the ultimate goal.”