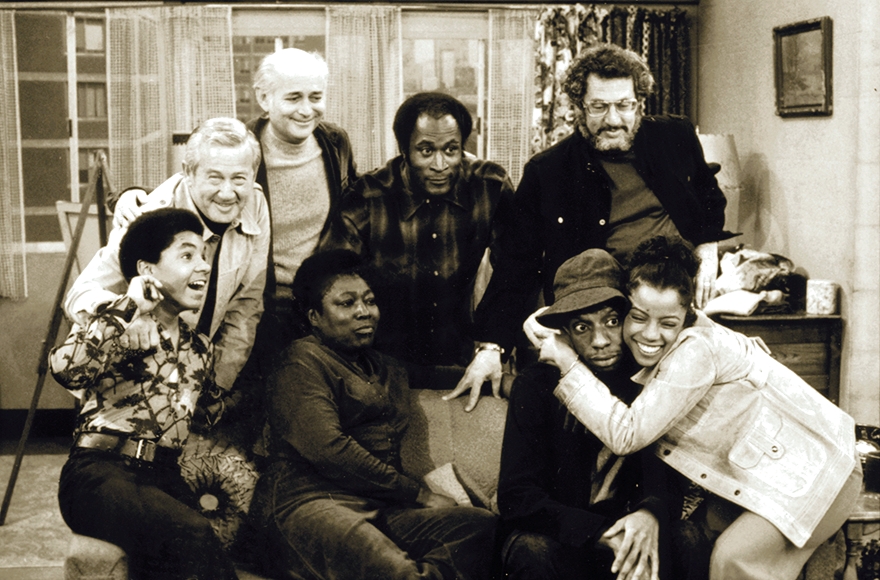 CHICAGO (JUF News via JTA) — Norman Lear describes a lot of encounters in life as the “foolishness of the human condition” — and he’s examined that foolishness for nine decades and counting on television and off.

Real life — even the pain and sadness — has the foolish baked right in, according to Lear.

“There is humor everywhere,” he said. “Standing with a group of people watching a casket go into the ground and [you see] the chief mourner scratching his [tuchas]. There is humor there. Where there is humanity, there is comedy.”

Just as in life, so too in his sitcoms, Lear drew out the humor from the challenges of his TV characters.

Lear, who is Jewish, recently stopped by the Art Institute of Chicago for an interview with Chicago’s JUF News, followed by a conversation with the Art Institute’s Fawn Ring, about his latest book, “Even This I Get to Experience” (Penguin Books), a candid, witty and sage memoir about his extraordinary 93 years of life to date.

One of the early pioneers in television and among the most influential American cultural forces of the last century, Lear created some of the most groundbreaking sitcoms of our times: 1970s hits like “All in the Family,” “Sanford and Son,” “One Day at a Time,” “The Jeffersons,” “Good Times,” “Maude” and “Mary Hartman, Mary Hartman,” all filmed in front of a live studio audience.

In total, Lear — who has won four Emmys, a Peabody and the National Medal of Arts — wrote, produced, created or developed more than 100 shows, with nine airing simultaneously at one point.

Some 120 million people were tuning in to his sitcoms each week, an audience that would be impossible nowadays since television is so fragmented. Viewers could see themselves and their families reflected in Lear’s characters — Archie and Edith, Weezie and George, J.J., Maude, and Sanford, too. The unifying thread running through all his shows, he said, was love.

“All the arguing and craziness was all about love,” Lear said. “Love of country, love of fairness, love of what could go right in the world, and love of one another.”

The name of his book originated during a rough financial patch for the writer, when he told his son-in-law that “even this,” referring to a low point in his life amid so many highs, “I get to experience.”

Lear transformed the landscape of the situation comedy. Before his tenure on TV, the plotlines of sitcoms were unrealistic and downright trivial at times. 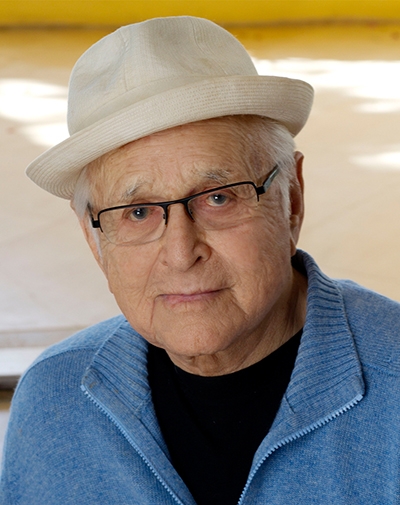 “The biggest problem on shows was the pot roast is ruined and the boss is coming for dinner,” he said. “These shows sent the message that there are no race problems in America, there is no anti-Semitism, there is no bad economy, and there are no health problems.” But when Lear started writing for television, he pushed the envelope, tackling some of the biggest social issues of the day — like racism, poverty, cancer and abortion, taboo subjects at the time and even sometimes today.

“All in the Family,” for instance, portrayed working-class bigot Archie Bunker, played by Carroll O’Connor, and his family. During the run of the show, Lear would often battle CBS at “program practices” — what he calls “a euphemism for censorship.” “That won’t fly in Des Moines,” he would often hear from the network, meaning the executives weren’t sure that controversy would be palatable to Middle America.

Still, Lear pushed the limits of what they could explore on his shows.

On “Maude,” the title character, played by Bea Arthur, had an abortion on an episode in 1972, unheard of on television back then.

“Good Times,” which was set in what was supposed to be Chicago’s now-defunct Cabrini Green neighborhood, portrayed the first African-American family on television. Lear said the actors on the show shouldered the enormous responsibility that came with representing millions of black families through one fictional family.

And “The Jeffersons” followed a nouveau riche African-American couple. In real life, black business magnate Russell Simmons once sat on a panel with Lear and told the comedy writer that he had never seen a black man write a check until he saw the character George Jefferson, played by Sherman Hemsley, write one on the show.

Life for Lear started a long way from Hollywood in New Haven, Connecticut. He grew up in a culturally Jewish home, first with his parents in Connecticut and then with relatives in Brooklyn, New York. His mother, born in Ukraine, and his father, a traveling salesman from Connecticut, were both, in part, inspirations for Archie and Edith Bunker.

Lear’s childhood was full of as many tears as it was laughs. His early years were colored by the uncertainty of the Great Depression era and a troubled home life. When Lear was 9, his father, a charismatic but unreliable man, was sent to prison for three years for selling fake bonds as part of a get-rich-quick scheme. 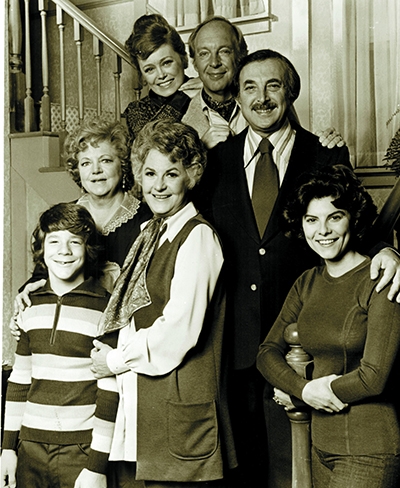 The cast of “Maude,” another Lear-produced sitcom and a spinoff of his landmark “All in the Family,” starring Bea Arthur, center. (Courtesy of Lear)

“That,” Lear remarked to the audience at the Art Institute, shaking his head, “is the foolishness of the human condition.”

In the absence of Lear’s dad, Lear’s mother, who the writer called “an unabashed narcissist,” sent her son to live with relatives he barely knew in Brooklyn. His comedic talents came in handy at a turbulent time personally and for the world enmeshed in World War II.

Lear attended Emerson College in Boston for a stint, but dropped out to join the U.S. Air Force, where he flew 52 bombing missions over Europe and, when grounded, would entertain his fellow airmen with comedy.

His military service was a reflection of his love of country. The seeds of his patriotism were planted early for Lear. As a boy, he would tune in to Father Coughlin, a rabid anti-Semite, on the radio. Coughlin’s diatribe scared Lear as a young Jewish boy. But Lear said he knew from his civics lessons that as abhorrent as Coughlin was, he still had a right to free speech — and, in turn, he and others had a right to denounce the priest’s vicious rhetoric.

Later in life Lear, who was married three times, and has six children and four grandchildren, took a break from television to pursue his passion for political and social activism. He advocates passionately for First Amendment rights and other American values, and founded the advocacy organization People for the American Way, which supports First Amendment and other progressive rights. In fact, he and his wife, Lyn, bought one of the few surviving copies of the Declaration of Independence and toured with it in all 50 states, where the couple also helped 4 million young people register to vote.

His dual identities as an American and as a Jew are core to Lear.

“I’m as culturally Jewish as I could be and proud to be Jewish, but I’m not a religionist of any kind,” he said.

Asked by an audience member at the Art Institute if he ever considered writing a show about a Jewish family, he quipped, “They’re all Jewish,” eliciting the biggest laugh of the night.

In the end, what Lear loves about his work is that he affects people — sometimes without even knowing it. Through his TV shows, sometimes even small moments portrayed on screen, viewers have told Lear that he’s helped them navigate their lives.

As people, he said, “we’re all responsible for gifts we don’t even know are happening.”

(Cindy Sher is the executive editor of Chicago’s JUF News, where this piece originally appeared.)