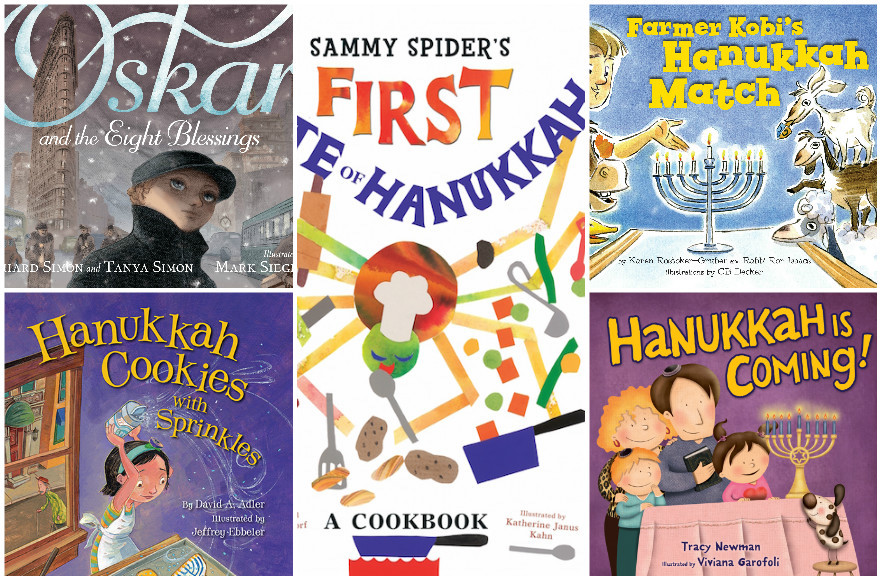 A sampling of this year's crop of new Hanukkah books for kids.
Advertisement

(JTA) — Sharing blessings, friendship and welcoming guests are among the themes that illuminate a new crop of Hanukkah books for children. The eight-day Festival of Lights begins this year with the first candle lighting on Sunday evening, Dec. 6.

Some acclaimed children’s writers and illustrators serve up a sparkling array of lively and inspiring stories that will take readers from the streets of New York City to a moshav in Israel and even into the kitchen to cook up some Hanukkah fun. 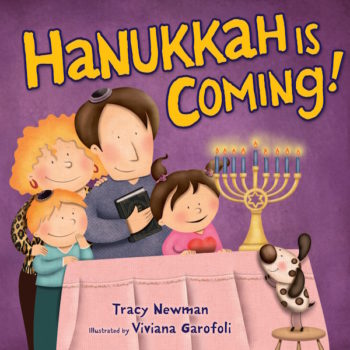 A delightful, rhyming story that follows a family as it celebrates Hanukkah: lighting the menorah, frying up potato latkes, trading bow-wrapped gifts and spinning a dreidel. The colorfully illustrated board book is a perfect read-aloud for young kids, each page ending with the easy-to-repeat refrain, “Hanukkah is coming.” This is the second entry in a series that launched with “Shabbat is Coming!” by Tracy Newman; two new titles for Passover and Rosh Hashanah are due out next year. 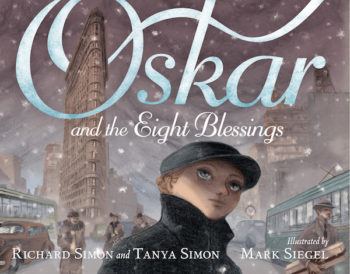 “Oskar and the Eight Blessings” transports readers back in time to the sights and sounds of New York City’s streets in 1938. The fictional tale takes place on the seventh night of Hanukkah, which on this year is also Christmas Eve. Oskar, a young Jewish refugee arrives on his own by ship, sent on the journey from Germany by his parents following the frightening events of Kristallnacht. Oskar has only the photograph and address of his Aunt Esther, who lives uptown. As he makes his way up the length of the island, Oskar is mesmerized by the city’s wintry glow. He crosses paths with strangers who share blessings – a piece of bread, a Superman comic book, a whistle from Count Basie and a kind encounter with Eleanor Roosevelt.

The book’s simple prose is brilliantly matched with Mark Siegel’s captivating illustrations, which bathe the realistic cityscape with a dreamlike haze. An author’s note reveals that the tale is based on family stories that Richard Simon’s grandfather told him as a child. The historical references here are based on actual events from 1938 New York. 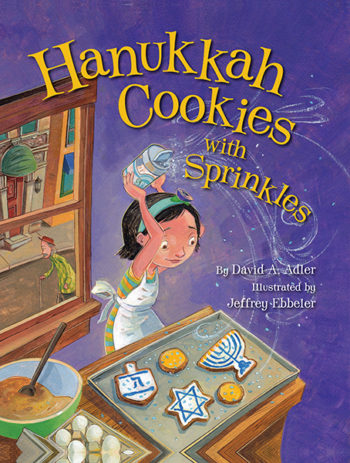 “A bit of a feminist tale” is how author David Adler — best known for his popular Cam Jansen series — describes this book, which features Sara, an inquisitive, fun-loving girl with a heart of gold. Looking out the window of her city apartment, she notices a man juggling and eating a bruised apple set aside by the owner of Sol’s Market. As she comes to understand that the man is hungry, Sara prepares small bits of food to leave for him at Sol’s.

Sara later spots the man at her synagogue, and the rabbi introduces her family to Mr. Berger, a former circus performer. Sara’s family invites him to a Hanukkah dinner, leading to a budding friendship.

Sara also represents the multitudes of nontraditional families within the Jewish community; she lives with her mom and grandmother, with no father. “It was an intentional choice,” said Adler. 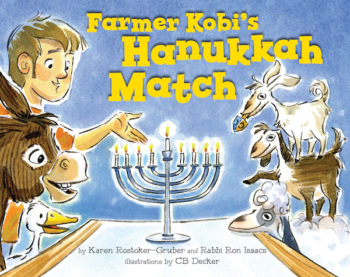 Farmer Kobi has a house full of barnyard friends, but they wish he had a human friend, too. This lighthearted, hilarious story opens on the second night of Hanukkah at a moshav, an Israeli collective farm. Farmer Kobi has invited his new friend Polly for a Hanukkah feast, but Polly is surprised when she’s greeted by a slew of animals who sing Hanukkah songs and play dreidel while Farmer Kobi checks on dinner.

This isn’t Polly’s idea of fun. After she leaves, an unexpected visitor knocks on the door looking for help with a flat tire. The new guest, Ruthie, feels right at home — turns out she has her own family of farmyard friends waiting in her truck.

The offbeat, lively story is filled with playful language: “You look flap-ulous,” a goose honks. There are fun nods to Israeli and Jewish traditions, all explained in a glossary at the end. CB Decker’s cartoon-like illustrations bring the story to life with plenty of merry mayhem. The laughs come courtesy of co-authors Karen Rostoker-Gruber — a writer, humorist and ventriloquist — and Rabbi Ron Isaacs, the guitar-strumming rabbi emeritus of Temple Sholom in Bridgewater, New Jersey, and a best-selling author of more than 100 books. 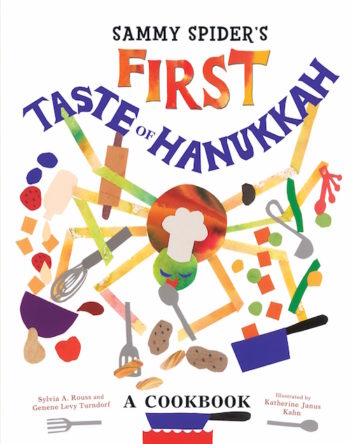 Welcome back, Sammy Spider. In this 15th book of the wildly popular series, the friendly arthropod joins Josh and the Shapiro family in the kitchen just in time for Hanukkah. In introduction, Sammy Spider takes a page from the most famous and beloved of all spiders, E.B. White’s Charlotte of “Charlotte’s Web.”