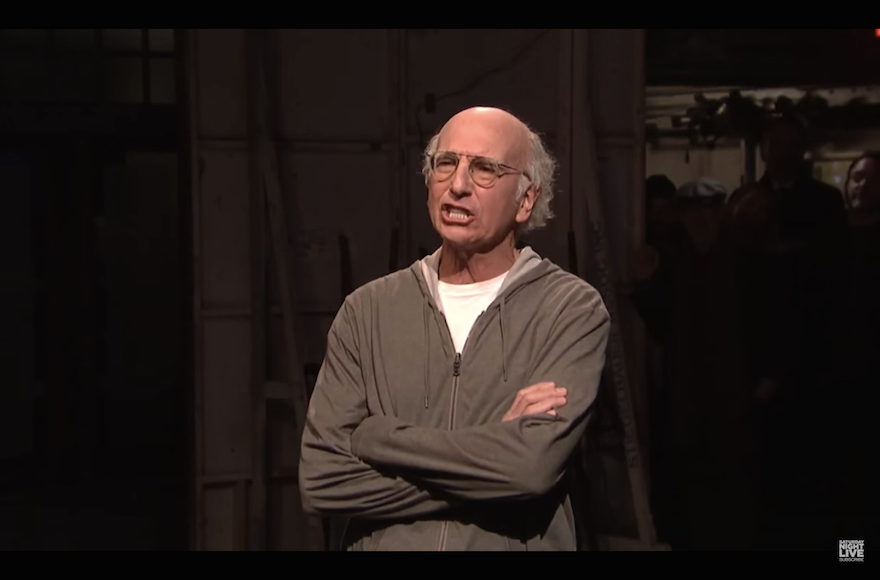 (JTA) — Comedian Larry David heckled billionaire presidential candidate Donald Trump during his appearance on “Saturday Night Live” and will pocket $5,000 for it.

The Deport Racism PAC had offered a $5,000 bounty for “anyone on the set of the show or in the studio audience who yells out or gets on camera during the live TV broadcast clearly heard in the TV broadcast saying “Deport Racism” or “Trump is a Racist.”

The organization later thanked David for yelling at Trump and promised to pay up.

http://DeportRacism.com owes #LarryDavid $5,000 for calling #Trump a racist on SNL during the live TV broadcast. Joke or…

Asked by Trump for an explanation, David replied, “I heard if I yelled that, they’d give me $5000.” “As a businessman, I can fully respect that,” Trump replied.

The heckling was written as part of the opening monologue, Raw Story reported.

The previous week, David appeared on the show as Bernie Sanders.