After Baratz, 4 famous Israeli ‘burns’ of US officials 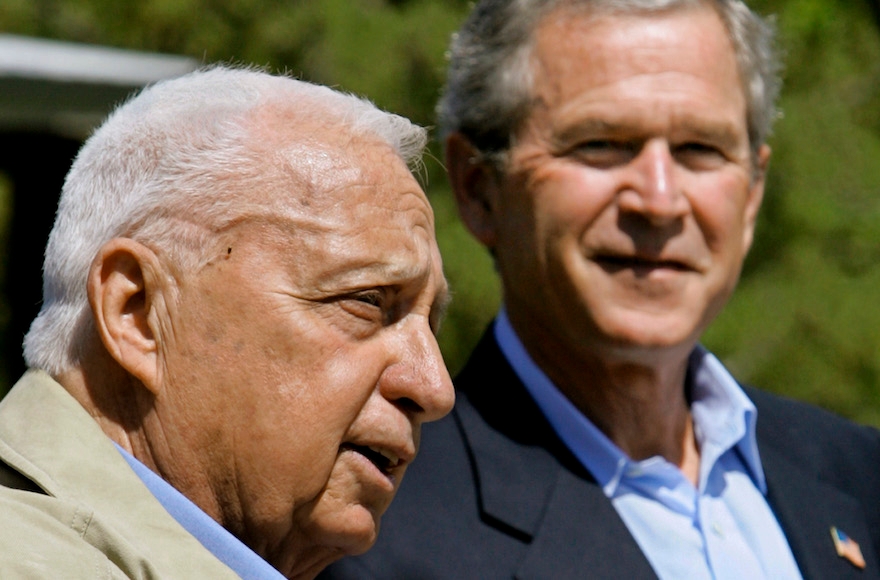 “His comments about U.S. officials, including the president and Secretary Kerry, we believe were troubling and offensive,” John Kirby, the U.S. State Department spokesman, said last week.

“We obviously expect government officials from any country, especially our closest allies, to speak respectfully and truthfully about senior U.S. government officials. The secretary spoke with Prime Minister Netanyahu this morning, and we understand that the prime minister will be reviewing this appointment when he returns from his visit to the United States.”

Netanyahu subsequently denied he had promised to review the appointment.

Kerry probably shouldn’t hold his breath. Here are four times Israeli officials trash-talked their American counterparts. Not one of them was fired. Of course, in two instances, the offender was a prime minister.

Begin was furious with Reagan for penalizing Israel for bombing the nuclear reactor in Iraq, bombing PLO headquarters in Beirut, Lebanon, after a terrorist attack and annexing the Golan Heights.

“What kind of expression is this — punishing Israel?” Begin said in an official statement. “Are we a vassal-state of yours? Are we a banana republic? Are we youths of 14 who, if they don’t behave properly, are slapped across the fingers?”

To rub it in, Begin noted civilian casualties inflicted by U.S. forces during the Vietnam War, a fresh wound for many Americans.

Indyk became ambassador during the prime-ministership of Yitzhak Rabin, and was closely identified with the peace policies Rabin and President Bill Clinton embraced. Netanyahu was elected prime minister seven months after Rabin was felled by an assassin’s bullet, and Indyk became the punching bag for Israel’s right — caricatured as heavying Netanyahu into making Rabin-like concessions to the Palestinians.

At a meeting of right-wing lawmakers, Ze’evi called Indyk a “Jew-boy ambassador.” A month later, Indyk confronted Ze’evi at — of all venues — a memorial for Rabin and noted that the last person who called him “Jew-boy” got a fist to the face. Ze’evi taunted Indyk, “Jew-boy, Jew-boy,” but Indyk resisted a right hook, instead settling for calling Ze’evi a disgrace, to which Ze’evi called Indyk a “son of a bitch.”

Ze’evi eventually apologized, but not at the behest of Netanyahu, who was doing his best to send Indyk home, but at the request of Israel’s chief rabbi, who no doubt cringed at the prospect of two nice Jewish boys duking it out.

Sharon was spooked by post Sept. 11 reports that Bush, cultivating Arab coalition partners in his war on terror, would foist a peace plan on Israel, then in the midst of dealing with the terror wave of the second intifada.

“Do not repeat the dreadful mistake of 1938, when enlightened European democracies decided to sacrifice Czechoslovakia for a convenient temporary solution,” Sharon said in a statement. “Do not try to appease the Arabs at our expense. We will not be Czechoslovakia.”

Bush took offense, and Sharon apologized to Secretary of State Colin Powell and in interviews to U.S. papers. As JTA’s David Landau noted at the time, he insisted to Israeli papers he had not apologized.

As it happened, Bush did favor a peace push — but one on terms that Sharon embraced: Land swaps so Israel could keep settlement blocks. Bush also marginalized Palestinian leader Yasser Arafat.

Apology?: In English, not so much in Hebrew

Term of art: “Messianic” and obsession

The more Yaalon learned about the U.S. push for a Palestinian-Israeli deal, the more he was appalled by its proposal to pull Israeli troops out of the West Bank’s Jordan Valley and replace them with high-tech security measures and possibly foreign peacekeepers.

“The security program the Americans presented us with isn’t worth the paper it’s written on. It has no peace and no security,” Yaalon said in January of 2014 at a closed-door meeting with colleagues leaked to the press. “Only our continued presence in Judea and Samaria and on the Jordan River will ensure that Ben-Gurion Airport and Netanya will not become targets for missiles from every which way. Secretary of State John Kerry, who came to us determined and acting out of some incomprehensible obsession and a messianic feeling, can’t teach me a thing about the conflict with the Palestinians.”

Yaalon apologized immediately. The peace deal never came to pass, collapsing in April not because of the Jordan Valley plan, but because of Palestinian prisoner release demands.

Netanyahu did not discipline Yaalon, but in October 2014, he was denied meetings with top U.S. officials during a Washington trip.