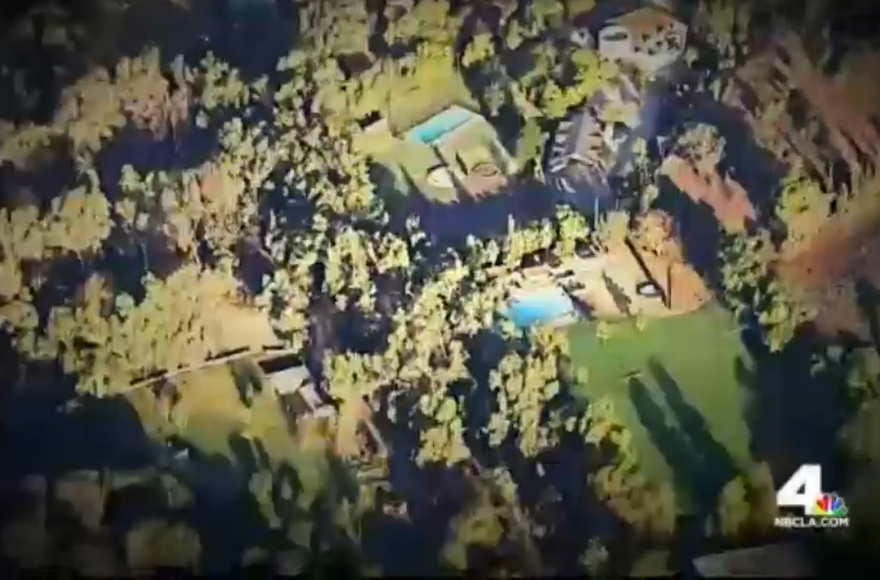 An ariel view of the Brandeis-Bardin Campus, including Camp Alonim. (Screenshot from NBC4)
Advertisement

(JTA) — The organization that oversees a popular Jewish summer camp near Los Angeles denied reports that it knowingly may have exposed tens of thousands of its campers to radioactive waste and toxic chemicals — calling reports to that effect “deeply flawed and entirely misleading.”

Dr. Robert Wexler, the president of American Jewish University, made the statement Tuesday in response to a local NBC affiliate report suggesting the organization covered up evidence that its Camp Alonim for children and teens may have been contaminated by a neighboring Simi Valley facility, now owned by Boeing.

“In their most recent broadcast, KNBC suggested strongly that AJU, and the prior managers of Brandeis-Bardin, sought to conceal evidence that our property is contaminated. Of course, nothing could be further from the truth. Our overriding goal is the safety of everyone who visits Brandeis-Bardin, and we are confident that our site is absolutely safe despite KNBC’s misleading report,” the statement said.

The NBC4 investigation uncovered reports, studies and tests that show campers and staff could have been exposed to radioactive materials and toxic chemicals from the field lab that migrated onto the Brandeis property through groundwater, surface water and wind.

In response, American Jewish University posted on its website internal and public documents that it purports refute those claims.

Former Santa Susana Field Lab workers told NBC4 that for years, barrels of radioactive waste were burned in a pit right above the Brandeis property and that the radioactive smoke often blew toward the camp.

The television report said contamination continues to be detected in Brandeis’ groundwater. Boeing has reported to the Los Angeles Regional Water Quality Board that there were 57 times when polluted water flowed from the field lab toward Brandeis between 2008 and 2014. Boeing has been fined $1.2 million since 2002 for allowing contaminated water to be released.

The camp used the ground water for drinking and swimming until the early 1970s, the report said, citing a document filed in a court case by the Brandeis-Bardin Institute.

“We played in the water, we played in the creeks, we drank the water,” former camper and staffer David Dassa told NBC4. “We went everywhere on those grounds. There was nowhere we didn’t go.”

The report also cited a 2006 UCLA study funded by the U.S. Centers for Disease Control, which said that one of the biggest threats in past years was from toxic fumes inhaled from rocket tests that were conducted at the field lab for over 50 years.

“It’s criminal not to disclose this,” Erwin Sokol, a counselor at the camp in the 1950s, who later sent his own kids to the camp and whose wife Caren served on the board of directors, told the television investigators.

Rabbi Lee Bycel, who served as president of the Brandeis-Bardin Institute from 2000 until 2003, told NBC4 that before accepting the job, he asked to see all documents and tests relating to contamination on Brandeis land. He spoke about the issue with then-chairwoman of the board Helen Zukin and former chairman Judge Joseph Wapner, of television’s “The  Peoples’ Court.”

Over a dozen former Brandeis senior staff, camp families and board members told NBC4 they tried to get information on the contamination and felt “stonewalled” by institute leadership, which caused them to turn to the television station.

One family told reporters they believe a brain tumor suffered by wife and mother Tova Dershowitz was a result of her living year-round on the property when her husband Rabbi Zvi Dershowitz served as director of Camp Alonim in the early 1960s.

“My mother felt that her tumor was connected to living at Brandeis during those critical years, when there was so much exposure, so many pollutants coming into the air and through the groundwater from Santa Susana,” Nomi Wallace told NBC4.

The institute sued in the 1990s in federal court over contamination on its property, receiving a $3.2 million settlement and waiving its right to ever sue Boeing again over contamination issues. Boeing also bought nearly 180 acres of the contaminated land as part of the agreement.

“The KNBC television broadcasts are deeply flawed and entirely misleading. AJU provided a great deal of information and analysis to KNBC, most of which was either ignored or taken entirely out of context,” Wexler said in his statement.

“For many, many years we (and those who managed the Brandeis-Bardin campus before us) have conducted frequent tests to confirm that the soil and water on our campus are clean. All of the test results have indicated BBC has been and continues to be absolutely safe. Even the ground water on our campus is safe to drink, although we do not use it for that purpose.

“In general, the news broadcast created several false impressions by relying on innuendo, partial information and speculation rather than evidence and facts.”