What happened to Atlantans’ relative after a 1930s sighting? 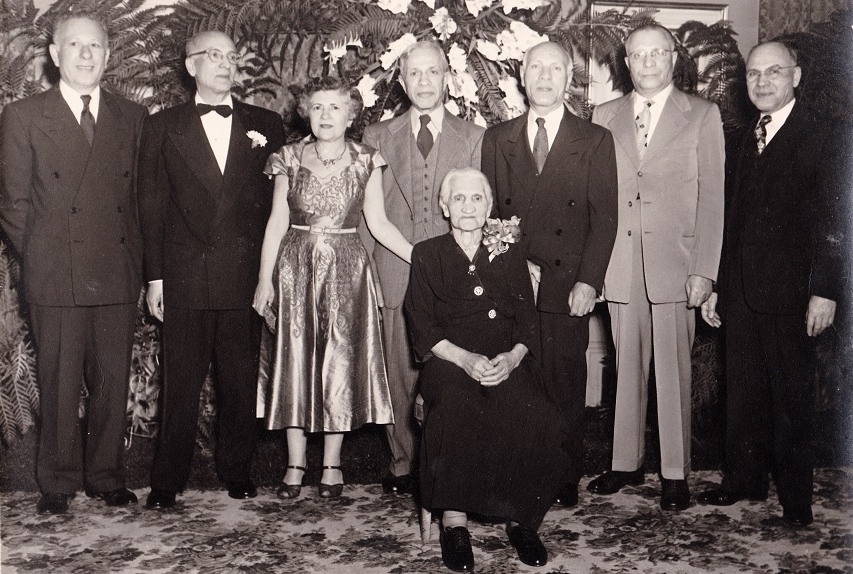 (JTA) – For the Wenders, a family friend’s glimpse of their relative Chaim was a case of so close, yet so far.

It was in the mid-1930s, when the friend, Israel Yudelson, was visiting prestate Israel. At a Tel Aviv library, he spotted a familiar face.

“You look like the Wenders I know back in Atlanta,” Yudelson is said to have told the man.

Yudelson did not write down the man’s address or telephone number, or even ask where he lived. He didn’t find out if the man had a wife and children or what he did for a living.

A pity – Jan Harris Rabinowitz would love to know that information.

Rabinowitz, a resident of Sandy Springs, a suburb of Atlanta, wonders whatever became of Chaim, the eldest of nine siblings and the brother of her maternal grandfather, Julius. Eight of the nine, along with their parents, Joseph and Lana (nee Zeltzer), emigrated from their home in Janova, in present-day Lithuania, in 1905 and settled in Atlanta.

Chaim, born on Dec. 14, 1880, by then had left for South Africa to work as a miner. On Aug. 9, 1899, he boarded the Ophelia in Hamburg, Germany, bound for Southampton, England, and several days later continued on another ship, the Pembroke Castle, to Cape Town. On the manifest for the second journey, Rabinowitz noticed that Wender was grouped with other miners.

Along with the Tel Aviv sighting, family legend holds that in the first years following his move, Wender stayed in touch with his family in Janova. When they left for America, Chaim wrote to them via mutual friends in Janova.

Why that arrangement, why communication with Chaim ceased, whether he started a family, whether he indeed settled in Israel – these remain entrenched Wender mysteries.

“It was always odd to me that you’d lose track of somebody in your family.”

A genealogy expert in Israel with whom “Seeking Kin” consulted located a record for a man named Chaim Wender who was born two decades after the Chaim Wender in question.

But the expert, who prefers not to be identified, forwarded a record that holds promise. The Central Archives for the History of the Jewish People in Jerusalem contains the collection of Isaac Breuer, a prominent figure in the Orthodox organization Agudath Yisrael. Breuer lived most of his life in Germany before relocating to Jerusalem in 1936 and living there until his death 10 years later. His file mentions his correspondence between 1932 and 1936 in Yiddish and Hebrew that includes letters exchanged with “Chaim Wender of South Africa.”

Rabinowitz said she will contact the Jerusalem archive in an effort to learn where in South Africa her relative was then living, which could lead to additional valuable information. She recalled writing to a South African Jewish organization, which reported having no record of Wender.

After settling in Atlanta, Rabinowitz’s great-grandparents owned a grocery store, just as they had in Janova. The store was on Fair Street (later renamed Memorial Drive), a half-block from the Wenders’ home in the shadows of the state capitol building. The extended family worshipped at Ahavath Achim Synagogue on Gilmer Street.

Soon after arriving in America, many of the Wenders’ children went to work for a local beer-bottling plant. Eventually they pursued other professions, but nearly all remained in Atlanta, as have their descendants.

One of them, Charles Shainker, 88, said he “stubbornly [wants] to finish the project” of his family research by solving the mystery surrounding his uncle Chaim.

“I know about the eight branches of my mother’s generation,” he said, “but not the ninth.”

(Please email Hillel Kuttler at seekingkin@jta.org if you know how Chaim Wender’s descendants can be reached. If you would like “Seeking Kin” to write about your search for long-lost relatives and friends, please include the principal facts and your contact information in a brief email. “Seeking Kin” is sponsored by Bryna Shuchat and Joshua Landes and family in loving memory of their mother and grandmother, Miriam Shuchat, a lifelong uniter of the Jewish people.)