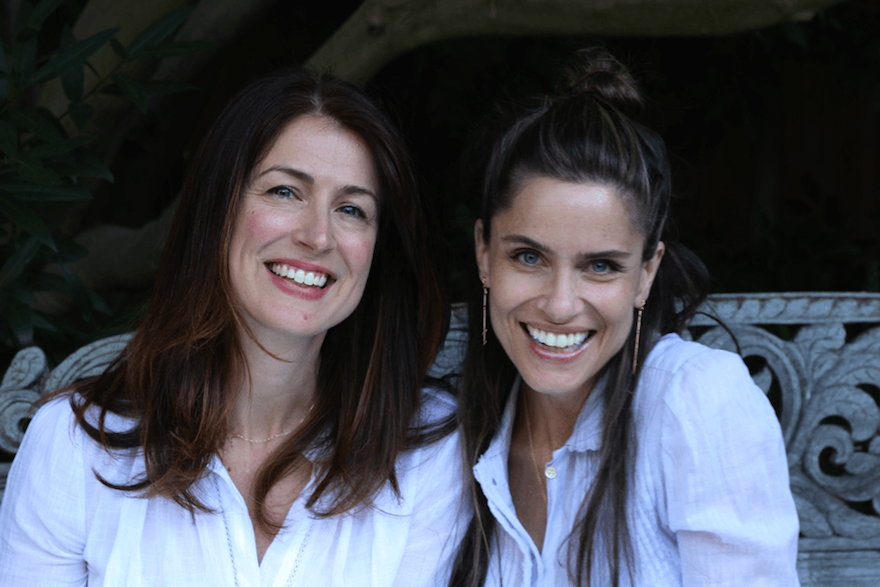 Winter is coming … and so is Christmas, with its onslaught of carols, forced cheer and letters addressed to the North Pole.

A new children’s book, “Dear Santa, Love, Rachel Rosenstein” — written by actress Amanda Peet and Andrea Troyer — seeks to take some of the sting out of the FOMO that so many Jews feel on December 25.

The writers came up with the idea for the book while shopping for Hanukkah gifts in Belfast, Peet tells our friends at Kveller. (“Originally, we wanted to write a book about how awesome Hanukkah is,” Peet says. “That proved to be really difficult.”)

Just what were the pair doing in the Northern Ireland capital? As it happens, Peet and Troyer’s husbands, David Benioff and D.B. Weiss, are the co-creators of HBO’s wildly popular series “Game of Thrones.” Various spots in and around Belfast serve as locations for the show: Winterfell, Robb’s camp and the Twins, to name a few.

With its bright, cheery illustrations and happy ending — which can pretty much be summed up as: “Hey, look! Other people don’t celebrate Christmas, either!” — comparisons between “Dear Santa” and the fantastical (and often violent) series aren’t particularly apt.

Still, given the book’s pedigree, it’s difficult to read it and not have “Game of Thrones” sayings in mind. Take, for instance, Rachel’s failed attempt to stay up late to welcome Santa Claus. I dare you not to quip: “And now her watch has ended.”

But make no mistake: “Dear Santa, Love, Rachel Rosenstein” is a cute book that’s sure to be a great Hanukkah present for any youngster who’s ever wistfully yearned for a Christmas tree.

Unless, of course, you’re a Mother of Dragons. Then you’re on your own.