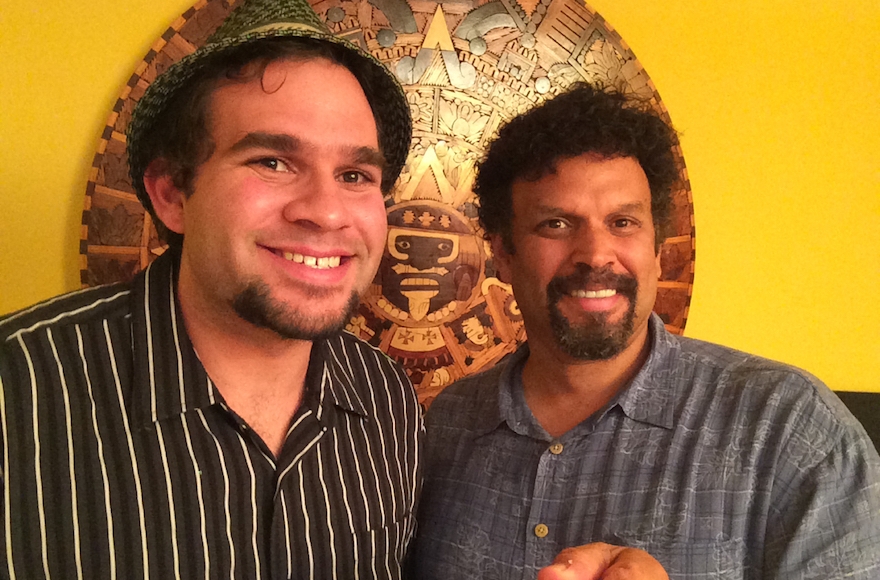 NEW YORK (JTA) — When Neal Shusterman helped his son Brendan with a second-grade report on the Pacific Ocean’s Marianas Trench, he thought the name of its deepest location, Challenger Deep, would make a great title for a book.

In fact, for a number of years, whenever Shusterman — the author of numerous books, as well as a writer of films and TV — had to put down a title for a coming book, he would use that one.

Finally, Shusterman wrote and published a book by that name. And on Nov. 18, “Challenger Deep” — an account of a teenage boy as he begins to experience schizophrenic episodes — won a National Book Award for Young People’s Literature.

“Challenger Deep” may be fiction, but it is written from the experiences that Shusterman had parenting Brendan as he went through many diagnoses for mental illness during his teen years. In his acceptance remarks at the ceremony, held at Cipriani Wall Street, he said that as a teen, Brendan “had problems, anxiety, hallucinations, fell off a cliff into a place that many people have trouble coming back from.”

The title is particularly apt: While suffering the effects of mental illness, Brendan once told his father, “Dad, sometimes it feels like I am at the bottom of the ocean screaming but no one can hear me.”

READ: In time for Hanukkah, the 9 best Jewish books of the season

Shusterman, a father of four, spoke about how he had waited to write the book until his son was “better and thriving, in a better place.” Brendan, 26, is now an artist who lives in California.

What makes “Challenger Deep” unique is its incorporation of artwork that Brendan created while suffering schizophrenic attacks.

“Using his artwork was crucial,” Shusterman told an interviewer. “I wanted others to value his art as our family does, as priceless.” 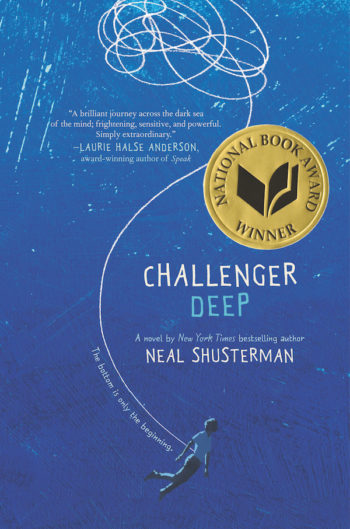 The cover of “Challenger Deep,” which won a National Book Award. (Courtesy of HarperCollins)

Additionally, much in the vein of William Styron’s “Darkness Visible,” the book aims to simulate the confused state of those experiencing mental illness for the YA crowd.

“A big question was how much I should explain, and how [much] I should leave the reader to figure out for themselves,” Shusterman said in an interview with the National Book Organization. “Since the goal was to make the reader feel the same type of disorientation and confusion inherent in schizophrenia — to basically put the reader through their own psychotic episode — I decided that I couldn’t take the reader by the hand.”

Shusterman grew up in Brooklyn “with empathy and compassion in a warm and loving Jewish family” that was “equal parts food, guilt and love, and a sense of compassion and ability to have empathy.”

His next project, he told JTA, is a graphic novel about the Holocaust.

In an email, Brendan said “Challenger Deep” “is going to help a lot of people.”