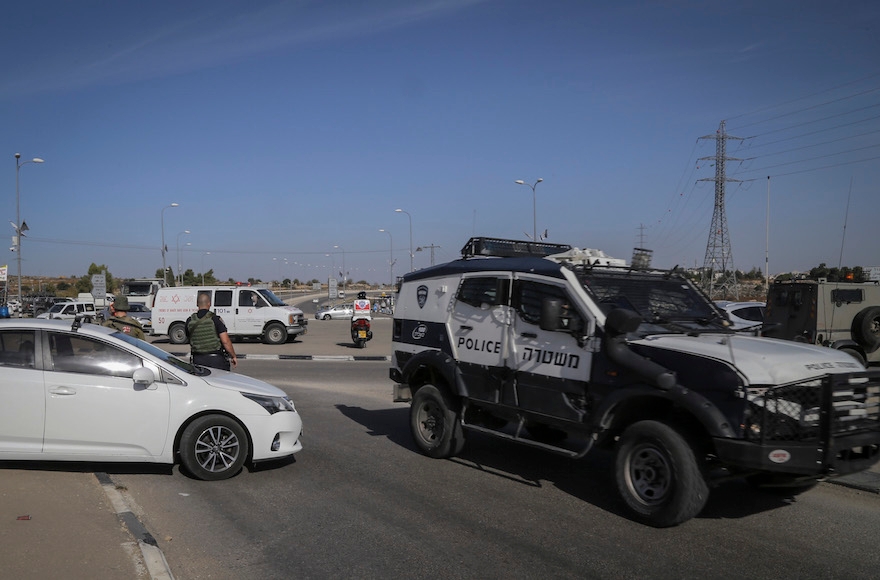 Israeli security at the scene where a Palestinian driver rammed his car into Israeli soldiers near Beit Ummar in the West Bank, Nov. 27, 2015. (Gershon Elinson/Flash90
Advertisement

The first of the attacks occurred Friday morning, when two soldiers were injured after a Palestinian man rammed them with his car outside the Maale Adumim settlement near Jerusalem. The assailant then reportedly exited the vehicle and, knife in hand, charged at the soldiers. He was shot and killed by a civilian, Ynet reported.

Later in the day, six soldiers were wounded when a car plowed into them near the Beit Ummar refugee camp in the southern West Bank. The attacker was shot at the scene.