The only latke recipe video you’ll ever need 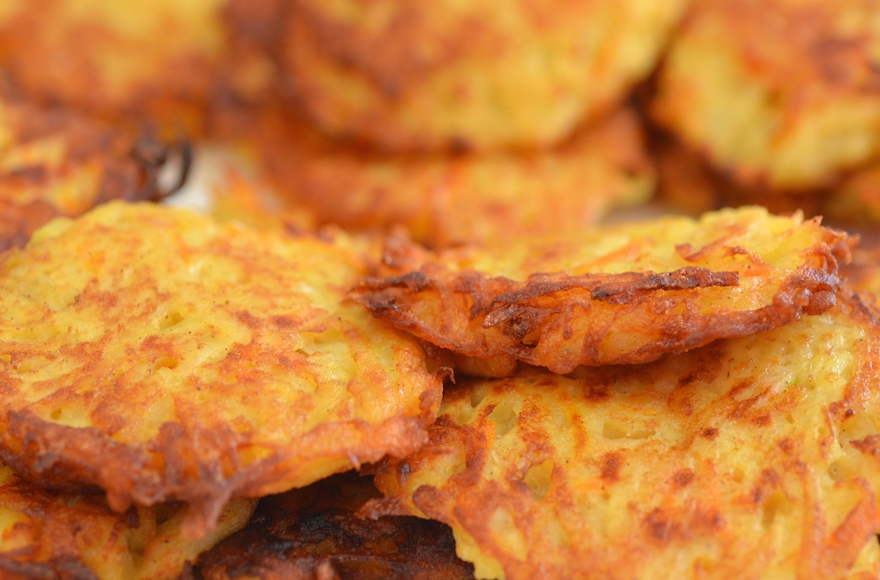 Who doesn’t love latkes, those fried morsels of Hanukkah goodness? Believe it or not, latkes don’t just fall from the sky around this time every year. Someone has to cook them. Thankfully, it’s surprisingly easy, as this video from the Nosher shows.

Once you’ve mastered the basics, try some of these next-level recipes.