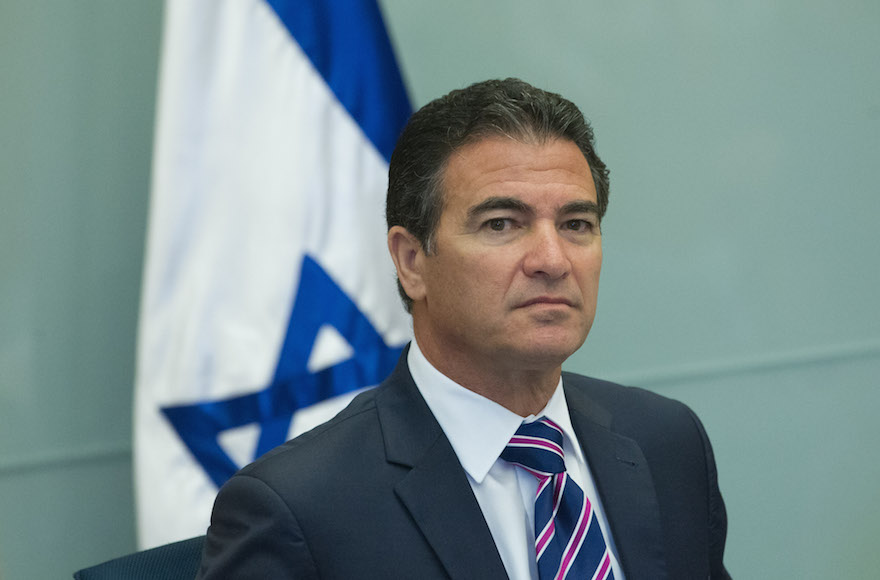 Mossad chief Yossi Cohen attending a meeting of the Foreign Affairs and Defense Committee in the Knesset in Jerusalem, July 29, 2015. (Miriam Alster/Flash90)
Advertisement

(JTA)— Prime Minister Benjamin Netanyahu’s national security adviser has been appointed the head of the Mossad.

Yossi Cohen will succeed Tamir Pardo as chief of Israel’s intelligence agency in January, Netanyahu announced Monday night, the Times of Israel reported. Cohen was the deputy head of Mossad from 2011 to 2013 before taking the reins of the National Security Council.

“Yossi Cohen has a vast wealth of experience and achievements, and has proven his ability in various fields within the organization,” Netanyahu said in announcing the appointment. “He has leadership skills and professional understanding, which are the characteristics required of those who would lead the organization.”

A Jerusalem native, Cohen was raised modern Orthodox but no longer wears a kippah, according to the Times of Israel, which said he was the sole Orthodox candidate when he entered the Mossad’s case-officer course.

Cohen will be the Mossad’s 12th chief. Among his predecessors in the key security post, six were career officers in the spy agency and five were former army generals. Pardo will be leaving after having served as the agency’s head for five years.