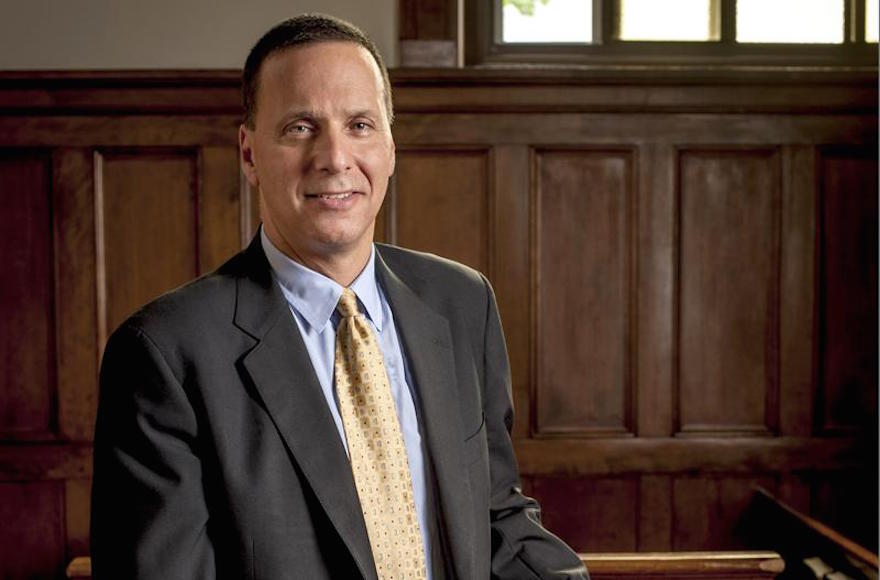 NEW YORK (JTA) — Brandeis University announced that its next president will be Ronald D. Liebowitz, the former president of Middlebury College in Vermont.

Liebowitz will take over on July 1, 2016, from interim president Lisa Lynch, the first non-Jew to lead the Jewish-sponsored nonsectarian university and Brandeis’ stopgap choice following the resignation of its previous president, Frederick Lawrence.

“I am deeply honored,” Liebowitz said in a statement. “The university’s founding, based on the premise of offering an education to those who had been excluded from the finest universities, is inspiring. Its commitment to social justice, as espoused by its namesake, represents a precious compass for an institution of higher education in the 21st century. And its Jewish heritage and roots reflect a learning environment committed not only to critical thinking but to self-criticism as well.”

Liebowitz, a political geographer who specializes in Russian economic and political geography, spent 31 years at Middlebury, first as a professor, then as provost and president. A native of New York, Liebowitz, 58, earned his bachelor’s degree from Bucknell University and his doctorate from Columbia University. He stepped down in June after 11 years at Middlebury’s helm, and he lives in Newton, Massachusetts, with his wife and three children.

Brandeis is looking to move past the rocky times that marked the five-year tenure of its previous president. Although Lawrence helped stabilize Brandeis’ finances in the wake of the 2008 financial crisis, his fundraising failed to measure up to that of his longtime predecessor. Lawrence also imposed austerity measures while his own compensation rose, making him unpopular among some faculty.

Lawrence was seen as having made several administrative missteps and stumbled through numerous controversies. In 2014, the university announced it would award an honorary degree to Somali-born feminist activist Ayaan Hirsi Ali but then backtracked when critics noted anti-Muslim statements she had made. Insiders noted that the whole affair could have been avoided had Lawrence’s office simply conducted a Google search.

During Liebowitz’s tenure at Middlebury, the college surpassed its goals in a campaign to raise $500 million in capital, added 120 endowed student scholarships and 16 endowed faculty positions, launched a school of Hebrew and opened the Center for Social Entrepreneurship, according to a Brandeis news release. In 2009, Liebowitz was named one of America’s Top 10 college presidents by Time magazine.

Larry Kanarek, the Brandeis board trustee who chaired the presidential search committee, said Liebowitz met every one of the committee’s search criteria.

“He has exceptional, transferable leadership experience and a proven record of advancing academic excellence,” Kanarek said. “He is financially savvy and a superb fundraiser. And he is a straight shooter who is comfortable in his own skin and eager to engage all parts of our community.”