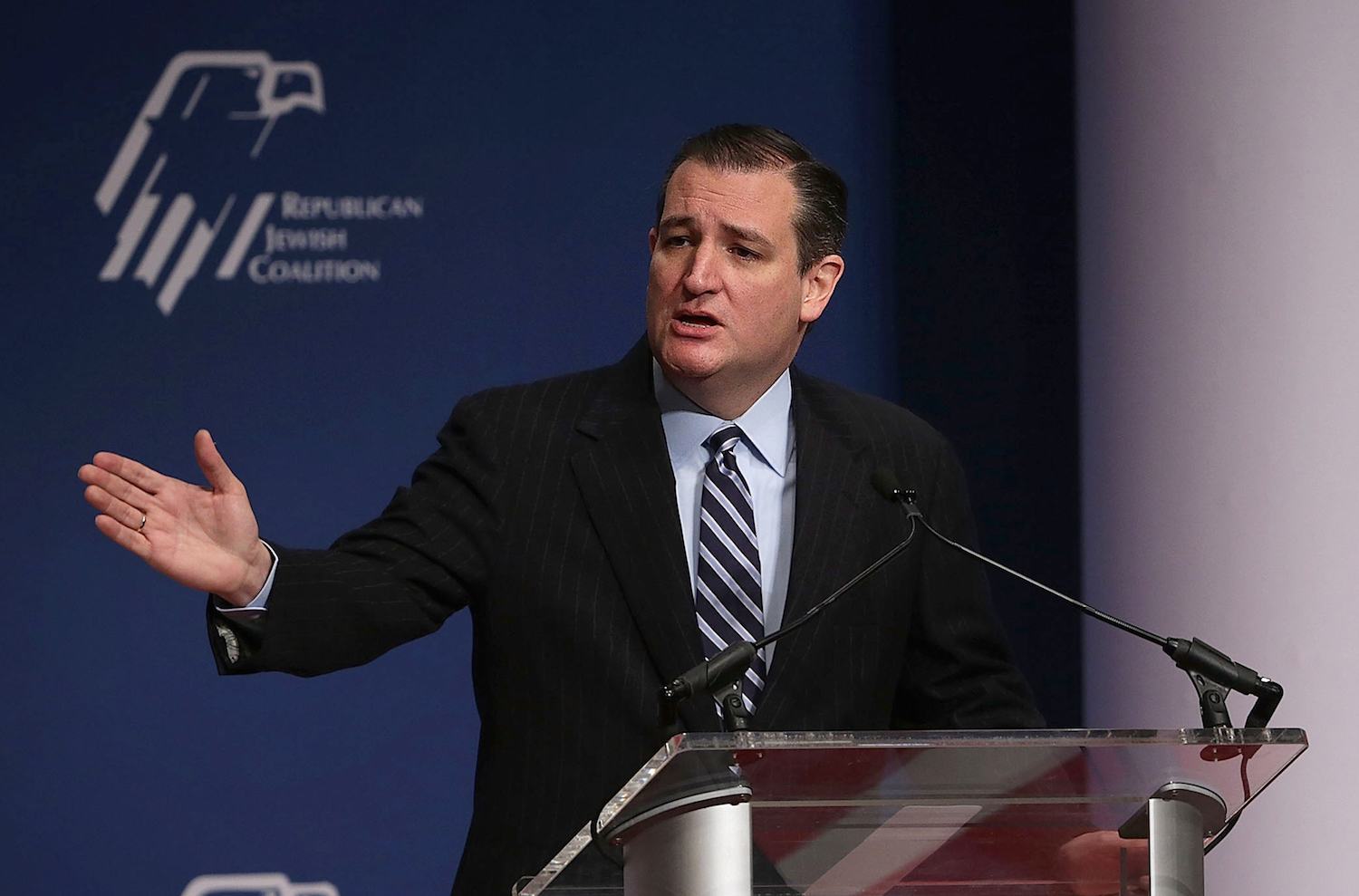 WASHINGTON (JTA) – Ted Cruz wants to make sure you understand: “Republican” and “neoconservative” are no longer synonymous.

The Texas senator, inching up to second place behind front-runner Donald Trump in the polls just weeks before the Iowa caucuses, has launched a broadside against the “crazy” movement that not so long ago was inextricable from establishment GOP foreign policy.

Cruz has long advocated against regime change, but in a Nov. 30 interview with Bloomberg News, he named neoconservatives as the villains of a policy that mires Americans overseas.

The interview earned immediate rebukes from neoconservatives and brought into the open a long-simmering struggle within the party over how to move on from the Iraq war, widely seen as George W. Bush’s signature fiasco.

The dispute has lurked beneath the surface since the Bush administration, whose foreign policy was shaped in the first term to a great degree by neoconservatives, many of them Jewish, who urged the promotion of democracy in the Middle East. Bush cited former Soviet refusenik and Israeli government minister Natan Sharansky’s “The Case for Democracy” as a major influence on his thinking. In fact, so many of the movement theorists were Jewish that the term neoconservative, when used disparagingly, was seen in some quarters as a borderline anti-Semitic slur.

“I’m not sure where the neocons wish us to invade (left my decoder ring at the last Elders of Zion meeting), but what exactly does this would-be Commander in Chief wish us to do?” Daniel Pletka, the vice president of the American Enterprise Institute, wrote on the conservative think tank’s website just days after the Bloomberg story. “Not approach Syria. Ignore Libya. Stop collecting intelligence. Love the dictators.”

In an interview Victoria Coates, Cruz’s national security adviser, told JTA that Cruz is seeking to recalibrate the party’s foreign policy to what it was during the Reagan administration, when Jeane Kirkpatrick – then the ambassador to the United Nations and herself a neoconservative – distinguished between dictators who needed toppling and those who could be encouraged toward reform. Since then, Coates said, neoconservatism has come to represent “a foreign policy that prioritizes democracy promotion as an absolute.”

Coates listed several recent initiatives by the United States that ended in failure, including Iraq, the encouragement of elections in Lebanon and Egypt, and the toppling of Libyan dictator Moammar Ghadafi. And she cast a clear contrast between Cruz and his chief rival, Sen. Marco Rubio, R-Fla., who has embraced an interventionist foreign policy.

Cruz “has been looking at Libya and Syria and the eagerness to go into Libya, which was driven by Secretary Clinton and also frankly Rubio, who wrote her a letter supporting the intervention,” she said. Libya “was not well thought through and not how we would do things.”

According to Bloomberg, Cruz told a rally in Iowa that he is as opposed to the isolationist tendency in the party as he is to the “crazy neocon invade-every-country-on-earth and send our kids to die in the Middle East.”

Cruz’s posturing appears opportunistic to some conservatives, a bid by the senator to distinguish himself in a crowded field – particularly against Rubio, with whom he shares many qualities. Both are youthful sons of Cuban immigrants who bucked the party establishment on their way up. And both are leading contenders for the backing of Sheldon Adelson, the casino magnate who is willing to spend tens of millions to elect a Republican.

“His use of the term ‘neocon’ was bizarre and obviously derogatory,” said Seth Mandel, the opinion editor at the New York Post. “We don’t know what it means aside from tying Rubio to Bush’s foreign policy to get ahead of the pack.”

Gary Schmitt, a scholar at the American Enterprise Institute who has advised the struggling campaign of former Florida Gov. Jeb Bush, said Cruz is misreading the lessons of the Reagan-Kirkpatrick era, citing that administration’s involvement in bringing about reform in the Philippines, South Korea and Indonesia.

“As much as I admire Jeane Kirkpatrick, the Reagan administration moved away from ‘Dictatorships and Double Standards’ in his second term,” Schmitt said, referring to the 1982 book in which Kirkpatrick defended propping up some dictators while confronting others.

Cruz’s foreign policy in some ways is unapologetically aggressive. He has vowed, like some of the others in the GOP field, including Rubio, to tear up the Iran nuclear deal on his first day in office and to “carpet-bomb” the Islamic State.

“If you vote for Hillary Clinton, you are voting for the Ayatollah Khamenei to have nuclear weapons,” Cruz said at a Republican Jewish Coalition for presidential candidates earlier this month, referring to the supreme leader of Iran.

But advocating for an aggressive military posture overseas while rejecting regime change out of hand does not make sense, according to Joshua Muravchik, a historian of the neoconservative movement, who identified two “immense” problems with Cruz’s intention to crush the Islamic State with air power.

“One is that all military experts agree that you can’t defeat ISIS like that,” Muravchik said. “Second of all, it doesn’t address the question of Iran’s machinations in the area.”

However much Cruz’s attacks may rile conservatives here, his critiques won’t necessarily undercut enthusiasm among the pro-Israel right, which has been sharply critical of recent pro-democracy efforts. In 2006, there was an open split between American neoconservatives, who favored Palestinian elections, and Israeli conservatives who correctly predicted they would empower Hamas. In 2011, much of the Israeli leadership favored doing whatever it took to keep Hosni Mubarak in power in Egypt, while many neoconservatives hailed the Arab Spring that unseated him as a herald of democratic reform.

Likewise, Adelson is also unlikely to be troubled by Cruz’s critiques, as the billionaire’s emphasis has traditionally been on keeping Israel secure, detached from the particulars of any ideology.

“One of the great gifts to the United States over the last 70 years has been Israel – how fantastic to have a functioning, vibrant democracy in the Middle East,” Coates said. “That’s something we should be fiercely protective of and understand its rarity and significance.”