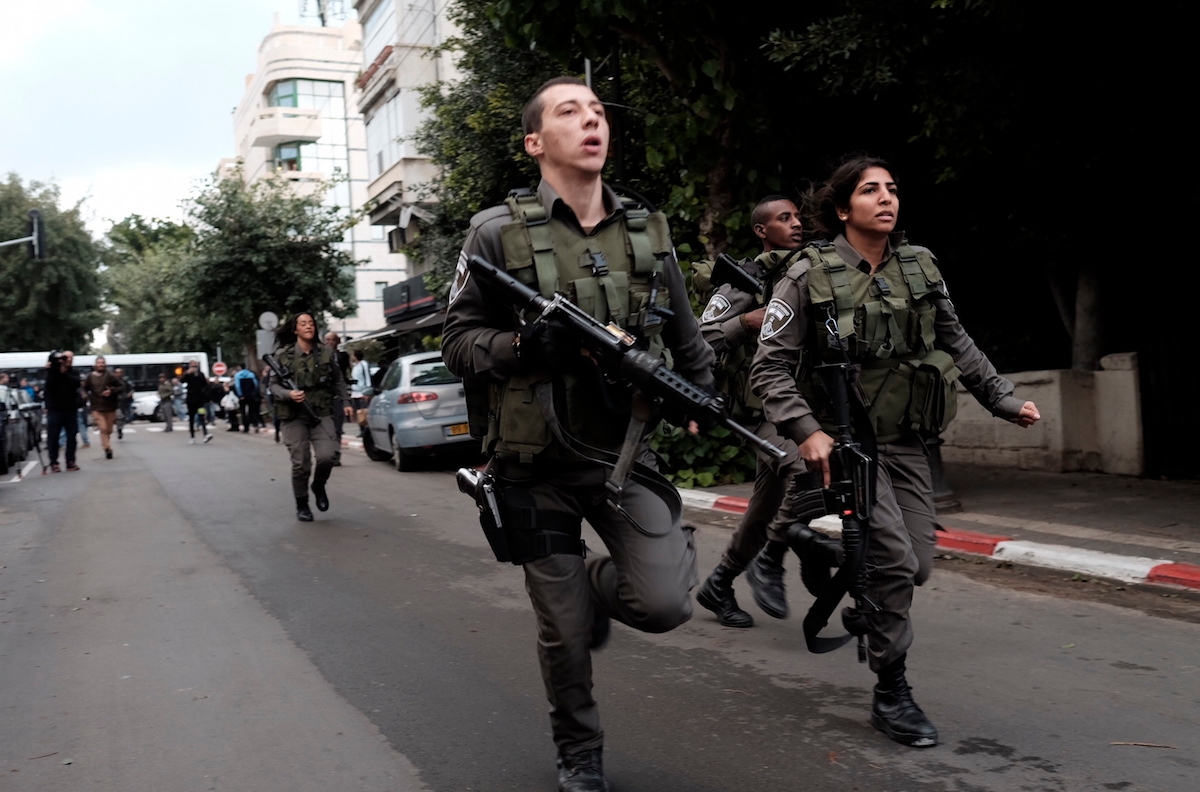 JERUSALEM (JTA) — At least two people were killed and five seriously injured in a shooting in the center of Tel Aviv.

The shooter fled on foot after the attack on Friday afternoon at a pub next to the popular Dizengoff Center Mall, Israel’s Channel 2 reported. It was not immediately known if the attack was terror-related. The area was full of people enjoying what is a weekend afternoon in Israel.

Witnesses told Israeli media that 10 shots were fired from an automatic weapon. The victims were taken by ambulance to the nearby Ichilov Hospital and other hospitals in the area. In addition to the seriously injured victims, there were several other injured.

Shortly after the shooting, a manhunt was launched to find the gunman. Unconfirmed reports said the shooter was assisted by an unidentified woman.