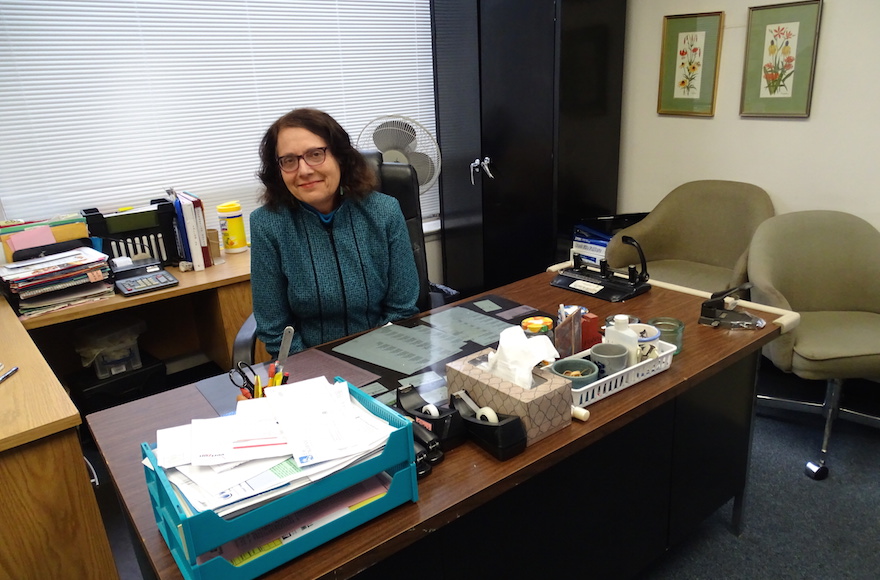 (Washington Jewish Week via JTA) — Maybe it’s the centuries of living under Christian and Muslim rule. Maybe it’s the history of forced conversion. Maybe it’s that there’s no religion requirement for the Jewish afterlife.

Whatever the reasons, Jews have traditionally been uncomfortable proselytizing.

But a Maryland foundation is flouting the taboo by funding outreach programs to non-Jews in an effort to bring them into the fold.

“Our primary purpose is to support programs that publicize Judaism to non-Jews,” Ellen Gerecht, executive director of the National Center to Encourage Judaism, says from her second-floor office in Silver Spring, Maryland. “We think Judaism has a lot to offer.

Asked if the ultimate goal is to convert non-Jews, Gerecht says, “Yes, because we think so much of Judaism. That would be the goal down the line.”

Founded in 1995, the National Center to Encourage Judaism has $2.3 million in assets and brings in about $375,000 annually, according to its 2013 tax information. That year, the foundation gave $50,000 to Hebrew Union College-Jewish Institute of Religion in New York and $28,000 to various synagogues throughout the United States.

Rabbi Michael Feshbach of Temple Shalom in Chevy Chase, Maryland, has worked with the foundation both at his synagogue and at former pulpits in Pennsylvania and New York. He has known Gerecht’s father, Ash, who started the foundation, for years.

READ: On eve of biennial, 9 things to know about Reform Judaism

“I know that this foundation believes some of the greatest and most important spiritual ideas in the world are in our tradition, and we don’t show it enough,” Feshbach says.

Feshbach has used funds from the National Center to Encourage Judaism to publicize a three-time weekly introduction-to-Judaism program called Taste of Judaism. He has led the program, which is held across the country, about a dozen times at his synagogues since 2010, with the next course scheduled for this fall.

Though he ran the ads in local mainstream newspapers, Feshbach says Taste of Judaism is primarily intended to reach out to people with Jewish ties. Along with some congregants, most attendees have a Jewish parent or partner and want to know more, he says.

But the rabbi says people of other religions have participated, too, including a small group from an African-American church.

“It’s been the most amazing assortment [of participants] of anything I’ve done,” Feshbach says. “Speaking personally, I can say the more we learn about the people around us, the better we are. Sometimes, yes, this leads to continued interest. Of course we welcome that.”

He adds: “We don’t view it as we need to convert people to save their souls.”

Orthodox Judaism is generally opposed to proselytizing, though organizations like Aish HaTorah and Chabad conduct outreach to the non-Orthodox. Aish expresses a traditional Jewish view of the matter on its website.

“It would be discriminatory for Judaism to proselytize and try to convert those not of the religion,” an article on the site reads. “That would imply that everybody needs to be Jewish in order to make a relationship with God, participate in the Torah’s vision of repairing the world, and get to heaven. Yet this is not so.”

Gerecht, of the National Center to Encourage Judaism, sees the issue in historical rather than theological terms. Jews haven’t proselytized in the past, she says, because they weren’t in a strong enough position to. But things have changed. If Jews don’t spread their religion now, she says, Judaism simply “will not survive.”

Still, what her foundation promotes is more like welcoming than proselytizing, she insists.

“When you think about proselytization, you think going door to door. We are not advocating that,” she says. “We are going to try and get the word out.”

Most synagogues the National Center to Encourage Judaism works with are part of the Reform movement, which has made inclusion of intermarried families a priority. As far back as 1965, the movement adopted a resolution to proselytize and “missionize converts to Judaism among the unsynagogued and unchurched.”

Gerecht says there has also been growing interest in her foundation from the Conservative movement, which is struggling with dwindling numbers. Last year, Arnold Eisen, the chancellor of the movement’s Jewish Theological Seminary, wrote a Wall Street Journal Op-Ed titled “Wanted: Converts to Judaism,” calling on Jewish leaders and rabbis to “actively encourage non-Jewish family members in our midst to take the next step and formally commit to Judaism.”

“It used to be novel to reach out to singles,” and now that’s common, Gerecht says. “From an overall standpoint, we all want Judaism to grow.”