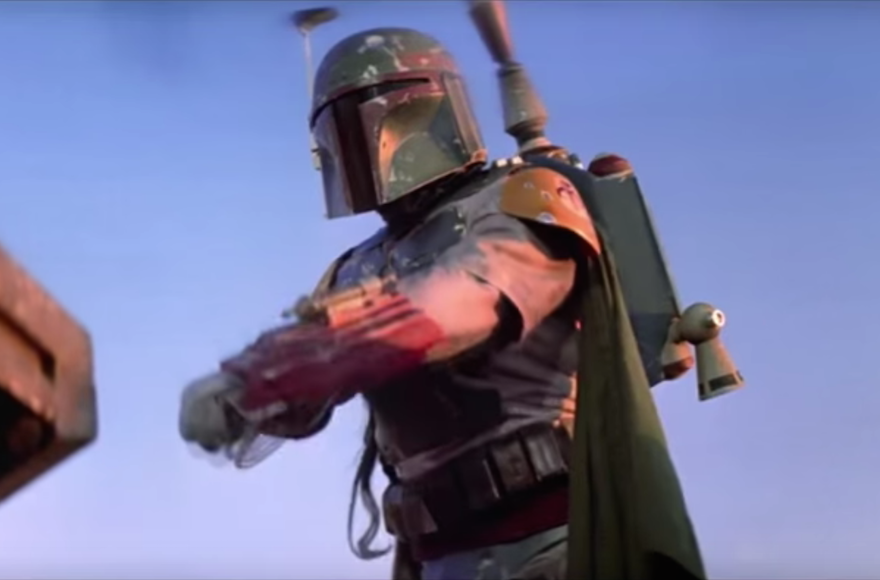 The Boba Fett character from the "Star Wars" franchise. (Screenshot from YouTube)
Advertisement

(JTA) — Jason Wingreen, the Jewish actor who voiced the bounty hunter character Boba Fett in the 1980 film “Star Wars: The Empire Strikes Back,” has died.

Wingreen, who was also known for his role as Harry the bartender on the sitcom “All in the Family,” passed away Dec. 25 in his Los Angeles home. He was 95, The New York Times reported. The cause of death is not yet known.

Wingreen made appearances on shows such as “The Twilight Zone,” “Star Trek” and “Seinfeld,” and movies such as “Airplane.”

He said in an interview in 2010 that his role as the infamous “Star Wars” villain allowed him “to retire.”

“We’d start laughing in the morning and laugh until 5 o’clock, when we’d quit. I mean, how could you not like it?” he said.

Wingreen, a native of Queens, New York, was the son of a tailor. He would serve in World War II before becoming a founder of the famed Circle in the Square theater company in New York’s Greenwich Village.