Is Marco Rubio really outraged by US spying on Israel? 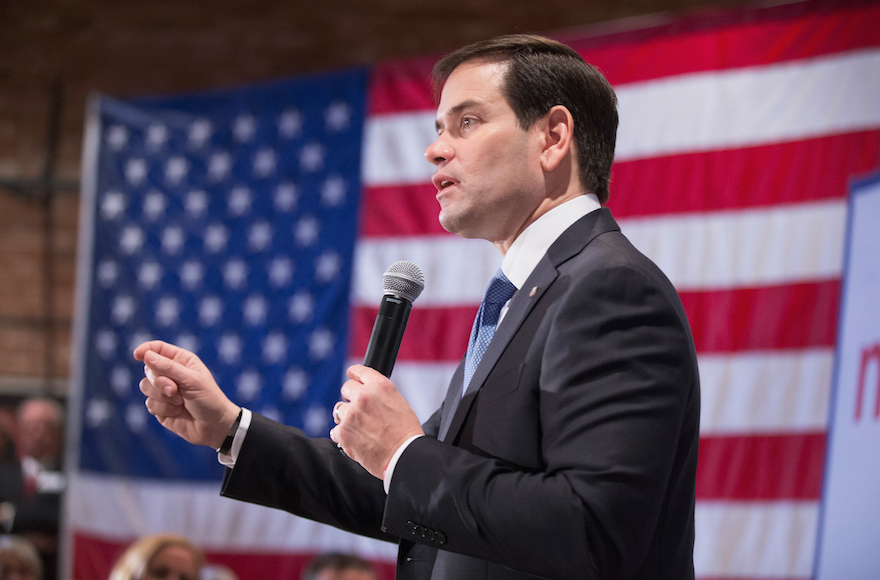 Democrats have been eager to point out the apparent discrepancy.

“This is one of those complicated issues when it comes to intelligence matters,” he said. “We have to be very careful about how we discuss it, especially since there’s a press report that I don’t think gets the entire story.”

Rubio was less guarded in remarks to Rep. Trey Gowdy, R-S.C., overheard by Breitbart in Iowa.

“We spy on everyone. That’s the nature of intelligence. It’s more complicated than the [WSJ] story makes it seem,” he reportedly said.

Indeed, Rubio would be aware of the pervasiveness of U.S. spying on foreign leaders — he’s on the Senate Intelligence Committee.

So why in listing the purported sins of President Barack Obama in a recent campaign ad does Rubio include: “He spies on Israel”?

JTA reached out to Rubio’s campaign and has not heard back.