Han Solo a Jew? 4 Jewish actors are reportedly on the short list for the role 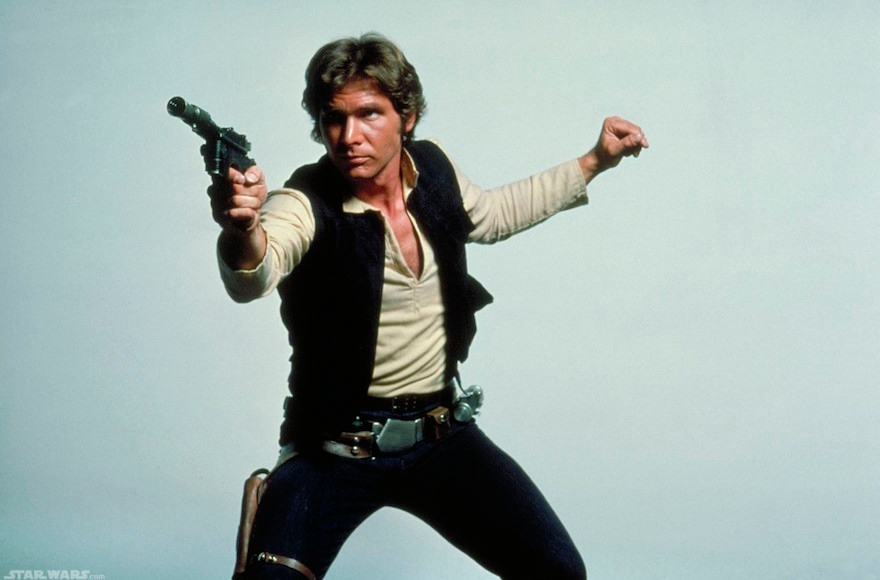 Harrison Ford, who originated the role, had a Jewish mother. (Flickr Commons)
Advertisement

After seeing thousands of auditions, Disney and Lucasfilm have narrowed down their list of actors to star in an upcoming “Han Solo” spinoff film to “about a dozen,” Variety reported.

Four Jews — Logan Lerman, Dave Franco, Ansel Elgort and Emory Cohen — are on the short list, along with other big names, like Miles Teller and Scott Eastwood, Clint Eastwood’s son, according to Variety’s sources.

Lerman, 23, is arguably the best-known of the four Jewish hopefuls, having starred in “Fury,” “The Perks of Being a Wallflower” and “Noah.”

Elgort, 21, known for starring in the blockbusters “Divergent” and “The Fault in Our Stars,” has a Russian-Jewish father. His maternal grandmother, who was not Jewish, helped save Norwegian-Jewish children escape the Nazis during World War II by posing as their mother and taking them to neutral Sweden. She was caught and imprisoned in a concentration camp in Norway for 18 months.

The still-untitled Han Solo film will feature a younger version of the character first immortalized by the one and only (half-Jewish) Harrison Ford, Variety reported. The film won’t go into production until next year, according to Variety, but whoever wins the starring role may also make a cameo in “Rogue One: A Star Wars Story,” which is already filming.

Variety reported that executives will likely decide between the would-be Han Solos in the next few weeks.

May the Force be with them all.

CORRECTION: A previous version of this article incorrectly stated that three Jews were on the short list to play Han Solo. The correct number is four.