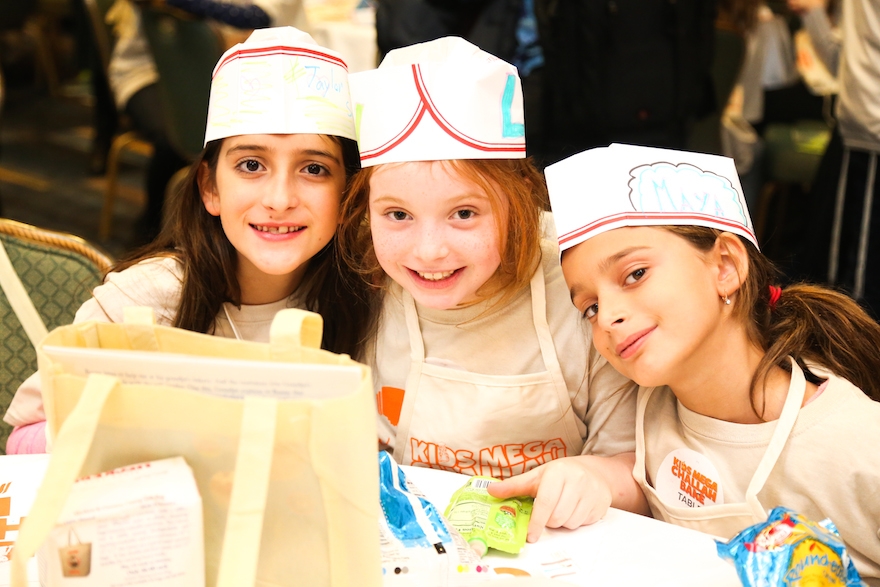 NEW YORK (JTA) — In a record-breaking event, more than 1,100 children participated in the Kids Mega Challah Bake, according to Chabad.org.

At the event in Manhattan on Tuesday, children aged 5 to 13 learned to mix, knead and braid their own challah dough, which they then took home to bake. More than 1,000 eggs, 1,000 pounds of flour and 7,000 ounces of water were used, Chabad.org reported.

“The energy in the room was unbelievable,” Gillie Shanowitz, co-director of the New York Hebrew School, a Chabad supplemental school in Manhattan, told Chabad.org. “There was a feeling of total Jewish unity and Jewish pride as people from all walks of Jewish life came together to do a mitzvah.”

More than 30 educational institutions, synagogues and other New York groups were represented at the event; sponsors included the JCC in Manhattan, PJ Library, Hellmann’s Mayo and the UJA-Federation of New York, according to Chabad.org.

CORRECTION: A previous version of this article incorrectly stated that the challah bake was sponsored by Chabad.