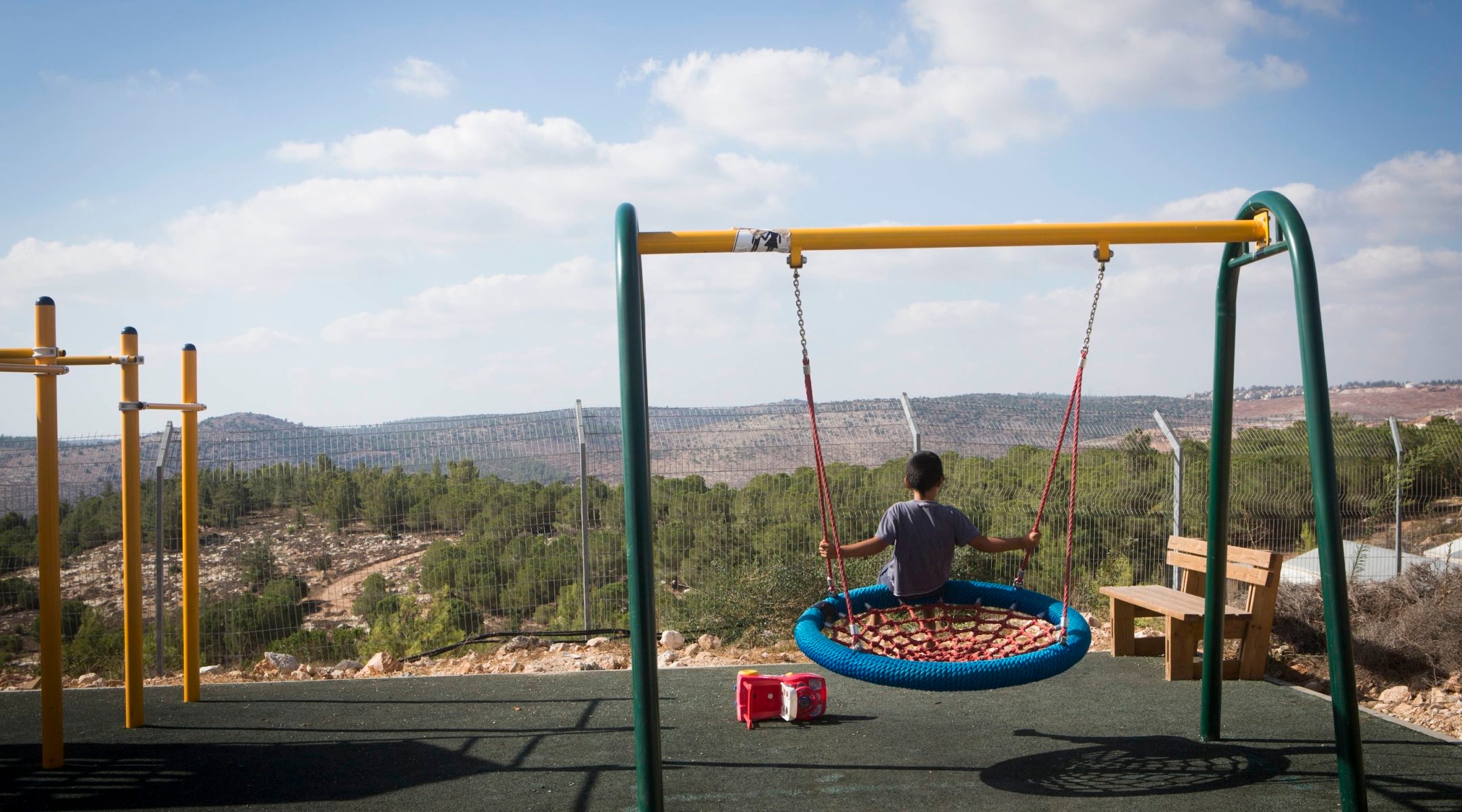 Children playing in the streets of the settlement of "Gevaot," Sept. 2, 2014. (Miriam Alster/Flash 90)
Advertisement

(JTA) — Palestinian leaders and their supporters are criticizing Airbnb for allowing West Bank settlement homeowners to lease their homes as vacation rentals through the website.

Many if not most settlers listing their homes do not specify that they are in the West Bank and not within Israel’s pre-1967 borders. The international community considers the West Bank occupied territory and not part of Israel.

Husam Zomlot, a Palestinian ambassador-at-large and former adviser to Palestinian Authority President Mahmoud Abbas told The AP: “Any international company like Airbnb that profits from the occupation and from our blood must be held accountable and brought to justice.”

In a Jan. 13 article in The Guardian, John Dugard, a former special rapporteur to the United Nations on Palestine, said: “Anyone who stays in an Airbnb facilitates the commission of the crime of establishing settlements and therefore aids and abets the crime. Same applies to making money from property built on illegal settlements.”

Dugard told The Guardian that Airbnb should at least indicate clearly when a property is inside a settlement.

In an email to The AP, Airbnb said it “follows laws and regulations on where we can do business” and that its website uses Google Maps to determine locations. Google Maps shows the border between Israel and the West Bank, but does not label the area as either Israel or Palestine.

Airbnb specifies in its terms that it takes no responsibility for the accuracy of listings posted on the site.

The company also has listings in Turkish-occupied Northern Cyprus and Moroccan-annexed Western Sahara, along with other disputed territories, according to The AP.

Owners of Airbnb properties in the settlements told The AP they believe their communities are legitimately part of Israel.

“It is Israel,” said Moshe Gordon, one such owner. “I don’t really understand the controversy here.”

Airbnb currently features more than 300 listings that claim to be in Israel and some 75 that describe themselves as being in the “Palestinian Territories,” including one in Gaza. According to The AP, more than 24 listings currently on the site are in West Bank settlements. Miri Maoz-Ovadia, a spokeswoman for the Yesha settlers’ organization, said she expects this number to grow.

“International platforms such as Airbnb are very positive,” she said. “Any of these platforms should be allowed … to show also places that are here in the heartland of Israel.”