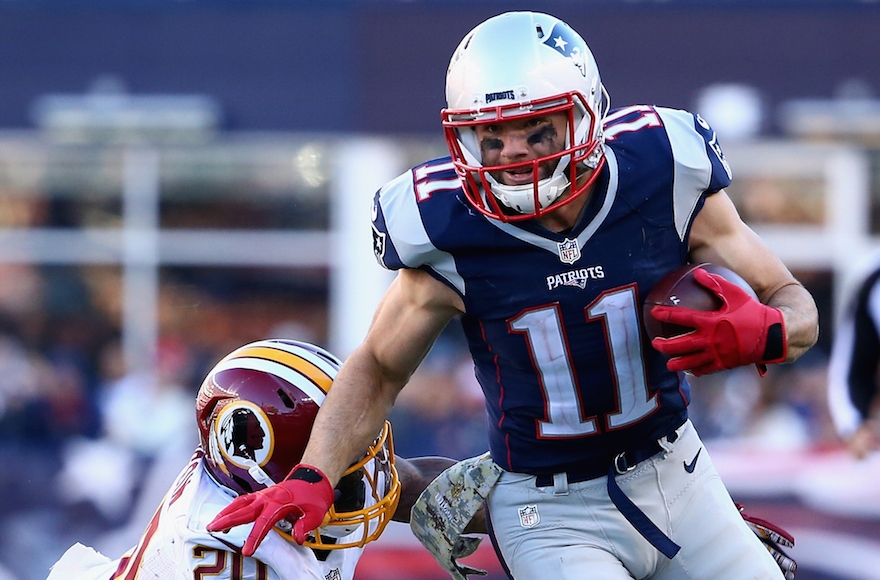 (JTA) — New England Patriots wide receiver Julian Edelman has never been elected to a Pro Bowl — the NFL’s all-star game — but he can now add a Jewish honor to his resume.

He is the fourth-best Jewish football player ever, the American Jewish Historical Society announced Thursday.

The 29-year-old has emerged as Patriots quarterback Tom Brady’s favorite receiving target over the past few seasons. He racked up 92 receptions for 972 yards in the 2014 season and was a key part of the team’s Super Bowl victory last year.

His 2015 season was derailed by a foot injury on Nov. 15 that required surgery, but he returned to play last weekend in the Patriots’ 27-20 AFC Divisional round win against the Kansas City Chiefs.

Edelman has referenced his Jewish heritage in interviews and on his highly trafficked social media pages. He visited Israel last summer.

The three Jewish football players above Edelman on the list have kvell-worthy resumes of their own.

Luckman played for the Chicago Bears from 1939 to 1950 and won four NFL championships. He was considered one of the best long-range passers of his time.

Ron Mix was a nine-time all star offensive tackle who played for the L.A. and San Diego Chargers and the Oakland Raiders.

Friedman, who played for four different teams between 1927 and 1934, was considered one of the league’s first great passers.