Eugene Borowitz, teacher to generations of rabbis, defined dilemma of the modern Jew 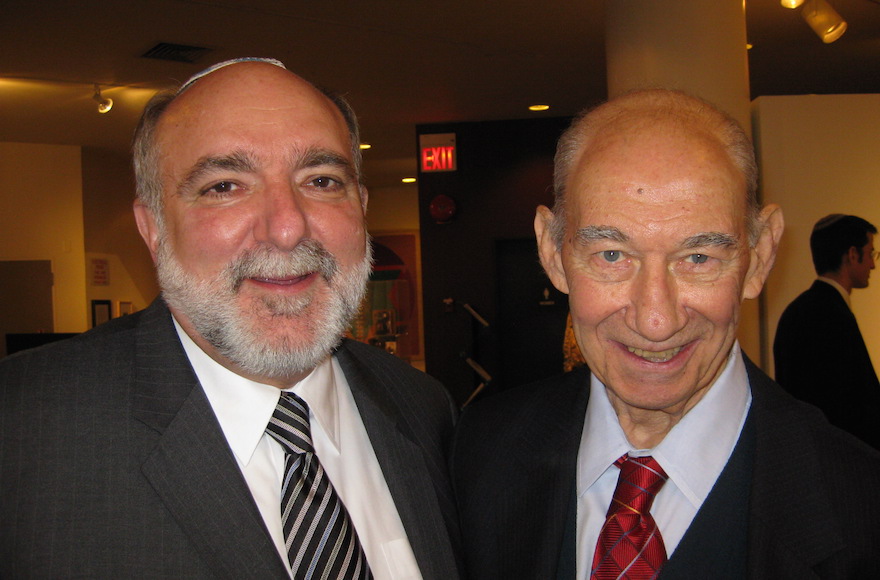 Rabbis David Ellenson, left, and Eugene Borowitz in 2009, on the occasion of the latter's 85th birthday. (Courtesy of Hebrew Union College -- Jewish Institute of Religion)
Advertisement

WALTHAM, Mass. (JTA) — In Ethics of the Fathers, the rabbis teach that we must grant respect and honor to an individual who teaches us even the smallest bit of knowledge.

For those of us who were the students of Rabbi Eugene Borowitz, who died last week at the age of 91, the obligation is increased a thousandfold because of the wisdom and insight, the counsel and the judgment, the inspiration and direction he provided us. He was, for generations of his students and for so many others, “moreinu v’rabeinu” — our rabbi and our teacher. My soul is bound in so many ways to his.

I first encountered Eugene Borowitz as many people have — through the words of his voluminous writings. In 1969, when I was 21, I came across his book “A Layman’s Guide to Religious Existentialism.” I had just completed a course in Christian religious existentialism at the College of William and Mary and I eagerly devoured its contents.

His words on Kierkegaard, Tillich and other thinkers excited me and ignited a passion for the life of the mind and the life of the spirit that I had never previously felt. I hoped that one day I could be his student.

Nearly five years later, that aspiration was realized. In 1974, I enrolled in his course Modern Jewish Thought at Hebrew Union College-Jewish Institute of Religion. It was in that class as a second-year rabbinical student that I was introduced to a vocabulary that helped me define and understand the religious struggle I was then experiencing. 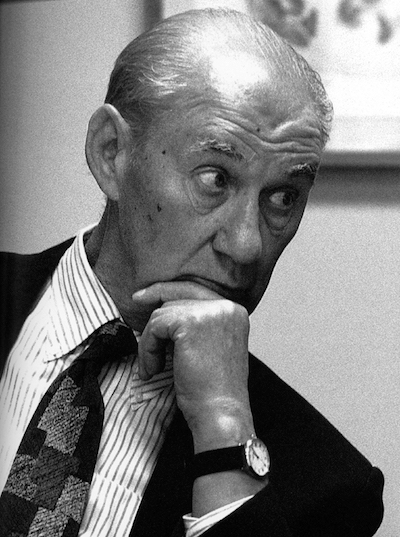 In his initial lecture in the course, Rabbi Borowitz said clearly and simply, “The problem of modern Jewish thought is one of how we affirm the best of what the modern world has taught us while simultaneously maintaining our commitment to the covenantal tradition that is at the base of genuine Jewish belief and practice. How can we be both simultaneously modern and authentically Jewish?”

His unadorned statement of the dialectical dilemma confronting the modern Jew attempting to navigate between the poles of tradition and the contemporary world resonated in the very depths of my being. His words struck me as clear and profound — as true. He gave me an intellectual-theological framework for analyzing the “intellectual arrangements” that Jewish thinkers and movements have advanced over the past 200 years in their attempts to affirm Jewish meaning in a world where being Jewish is no longer required.

His teachings for me were more than an intellectual exercise. They touched the recesses of my heart.

I believe Rabbi Borowitz had this impact because he always stood out as a rabbi. He always subordinated his academic role as professor to his vocation as a “moreh derekh” — a spiritual guide. He told me that even as he taught at Harvard, Columbia and Princeton, he remained on the HUC-JIR faculty because there he could offer daily Jewish prayer in a Jewish community. I found this profoundly moving and indicative of his deepest commitments and values.

The passion and love Rabbi Borowitz had for God and the Jewish people, for the imperatives of the covenantal tradition, made him my most powerful religious mentor.

Rabbi Borowitz taught Torah. He challenged my fellow students and me to conceptualize and act upon what it means to live in covenant with the Holy One, and to transform the duties that flow from that covenant into real life.

We knew he had obeyed the call of the Rev. Martin Luther King Jr. during the height of the civil rights struggles and had been jailed in 1964 with other rabbinic colleagues in St. Augustine, Florida. We read the words that he and Al Vorspan authored from that St. Augustine jail.

We heeded Rabbi Borowitz even more on account of such deeds when he charged us, as future rabbis, with the following words: “We need to guide Jews in the difficult art of maintaining an intense loyalty to Jewish tradition, that is, of living by a deeply Jewish faith, while freely assessing the virtues of the various modern ways of interpreting it — and within this continuous dialectic process to find the personal and conceptual integrity of what it means to be a modern Jew.”

I and a number of my colleagues carry his voice and this charge in our heads and in our hearts. I hear him asking me and others, again and again, “What do you think your covenantal duty is?” When Rabbi Borowitz posed that question, it was not an academic exercise. It was an existential demand.

I know that when I was unsure about whether to serve as president of HUC, it was his voice and this question that led me to assume that holy position.

Rabbi Borowitz also taught that one always has to be open to growth and change, and to acknowledge when one has been wrong and ask forgiveness. When he and I co-taught a seminar two years ago, Rabbi Borowitz invited a former student to attend the class with his ordination diploma. This student — now a rabbi — was a gay man, and in the years he had been enrolled at HUC, Rabbi Borowitz had refused to sign the ordination certificate of any gay or lesbian student.

Rabbi Borowitz, before me and all the students, and with members of his own family present, “confessed” he had been wrong when he adopted that stance. He told all of us that he regretted his past position on rabbinical ordination for gays and lesbians, and he signed the diploma before us all.

His humanity, his piety, his wrestling with God, his frailty and his greatness were all on display at that moment, and the love I felt for him was unbounded. He taught me and everyone present that we always stand before God, and that God calls upon us to respond at every moment.

My heart is torn by the death of my teacher, Rabbi Eugene B. Borowitz. Yet I am more grateful than I could ever express that he was my teacher. He will be remembered by all those he taught. Rabbi Borowitz will continue to speak to us as his lips will move through his writings from the place of his eternal rest.

(Rabbi David Ellenson is director of the Schusterman Center for Israel Studies at Brandeis University. He served as president of Hebrew Union College-Jewish Institute of Religion from 2001 to 2013.)