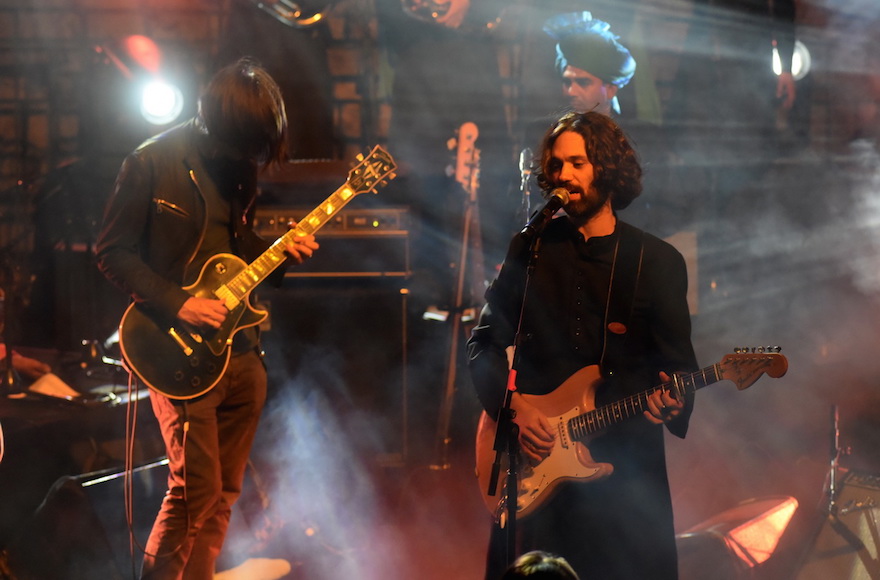 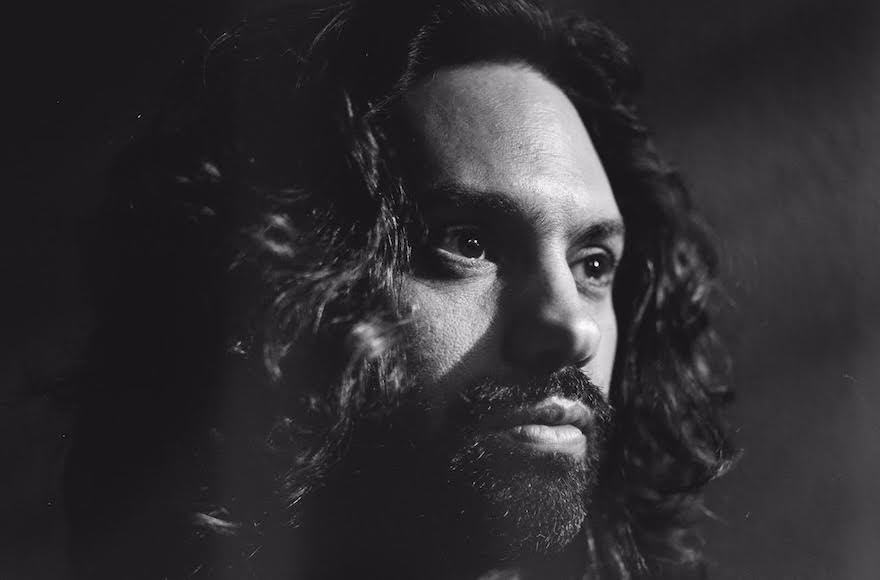 Shye Ben-Tzur had been composing Indian devotional music for over a decade before he was a subject in the Paul Thomas Anderson documentary “Junun.” (Shin Katan)

(JTA) — For most musicians working in the underappreciated genre of world music, recording an album with Jonny Greenwood, the guitarist of the famed English rock band Radiohead, would be something of a pipe dream.

And what about having that experience filmed by acclaimed director Paul Thomas Anderson (“There Will Be Blood,” “The Master,” “Boogie Nights”)? That would be the icing on a very delicious artistic cake.

Israeli composer and singer Shye Ben-Tzur was lucky enough to make this incredible cake — and now he’s eating it, too.

Last February, Greenwood visited Ben-Tzur — a Jewish composer of Sufi Muslim Qawwali, or religious devotional music — in the Rajasthan region of northwest India, where Ben-Tzur has written and performed his songs for more than a decade. For three weeks, they and a 19-member Indian band, The Rajasthan Express, recorded an album of Ben-Tzur’s songs in a picturesque 15th-century Indian fort.

“We wanted to spend time playing together, not just go into a studio and record an album,” Ben-Tzur told JTA. “Recording the album was maybe the excuse in order to experience the music rather than the other way around.”

Anderson captured the entire process — from the tensions of nailing perfect takes to the pigeons that perched on the soundproofing boards. His film, “Junun,” which translates to “the madness of love,” premiered at the New York Film Festival in October. The director’s first documentary release, it eschews dialogue and wider context for an immersive, behind-the-scenes look at crafting the sprawling album.

The record, produced by longtime Radiohead producer Nigel Godrich and also called “Junun,” was released on the American label Nonesuch Records in November. More than half the songs contain lyrics in Ben-Tzur’s native Hebrew, which supplement the rest sung in Urdu and Hindi.

“When I wanted to express myself in the most authentic way it was in Hebrew, which is my language,” Ben-Tzur said.

Despite being an Israeli who plays traditionally Muslim music in a massive country with very few Jews, Ben-Tzur says he has always felt accepted in India, in part because he “has no agenda.” He now primarily lives in Tel Aviv, but spends large amounts of time writing and performing in India. (In a country with a population of some 1.25 billion, India has approximately  180 million Muslims and approximately 5,000 Jews.)

“My connection with India and Indian music is a gift for me, a lifetime gift,” he said.

With the release of the album and the film, Ben-Tzur, who has rarely performed his music outside of India, has gained a tremendous amount of new exposure. The album was reviewed in mainstream media outlets, and Ben-Tzur and Greenwood were interviewed together by Rolling Stone.

Ben-Tzur, 40, bearded and with flowing long brown hair, embodies the mixing of cultures and religions that his album represents: He grew up in Israel but spent most of his adult life living in India. He learned from Indian Muslim musical teachers but still writes lyrics in Hebrew. He is married to an Indian Muslim woman — the daughter of late Sufi scholar Zahurul Hassan Sharib — and his family, including an 11-year-old daughter, celebrates both Jewish and Muslim holidays.

Ben-Tzur realizes his journey from Israel, where he once played in Western-style rock bands, to the world of spiritual Muslim Indian music is a highly unusual tale.

However, he emphasizes that his passion for Indian music, which has inspired him since he first heard it played at a concert in Israel when he was 19, led him into the spiritual and religious realm, not the other way around.

Ben-Tzur told JTA he was touched by the openness and accepting attitude of the Indian Muslim community. He said it was a welcome relief from the religious and political tensions he grew up around in Israel.

One song on “Junun” is called “Allah Elohim” — named after the Muslim and Jewish words for “God.” One of its lines in Hebrew translates this way: “To Jews, I am a Jew, to Muslims, a Muslim/Whatever language I speak, it means the same thing.”

It’s a complex spirituality, but when asked to explain it, Ben-Tzur demurred.

“I’d rather express it [through music] than explain it,” he said.

At first glance, “Junun” might sound like a rock-and-roll cliché; a 21st-century version of The Beatles’ melding of sitar sounds with pop rock. But Greenwood is not your typical rock musician — just as Radiohead, which often incorporates electronic sounds in its music, isn’t your typical rock band. Outside of his work with the band, Greenwood has written orchestral soundtracks for independent films (including three of Anderson’s), had works commissioned by the BBC Concert Orchestra and collaborated with the avant-garde Polish composer Krzystof Penderecki.

When Greenwood first heard Ben-Tzur’s music performed in the Negev Desert a few years ago, he was immediately interested in talking with the composer — just about his artistic philosophy, not necessarily about plans to make music together.

“It was just very natural,” Ben-Tzur said of their first meeting. “Jonny is one of these very amazing musicians who is always searching for different things.”

It was only after Greenwood played as a guest at a London performance of Ben-Tzur’s music (his UK debut) in May 2014 that they decided to record an album together.

Ben-Tzur scouted locations throughout India in search of an ample space that would comfortably fit his cast of more than a dozen musicians. Eventually the maharaja, or king, of Jodhpur lent the Versailles-like Merhangarh Fort to them, and for three weeks the group slept, ate, rehearsed and recorded there.

The result is a mix of booming tabla drums, shimmering electric guitar, hollering brass, gentle vocal melodies and touches of Greenwood’s ondes martenot — an eerie-sounding organ similar to the theremin.

The songs are not what a Westerner typically thinks of as “Indian music” — namely the Hindustani music made popular by the sitarist Ravi Shankar.

Qawwali, Ben-Tzur explains, is meant to be performed at religious shrines during ceremonies that can last several hours — and even multiple nights. As opposed to the complex time signatures of Hindustani music, Qawwali usually features steadier beats and more “traditional” vocal melodies.

Ben-Tzur hinted that the “Junun” cast may embark on a North American and European tour later this year. He and Greenwood are still in touch, but Ben-Tzur doesn’t know if he will collaborate with his Radiohead friend again. The goal is to let things materialize naturally.

“There are a lot of other interesting collaborations on the mind,” he said. “Hopefully they will mature and come out.”