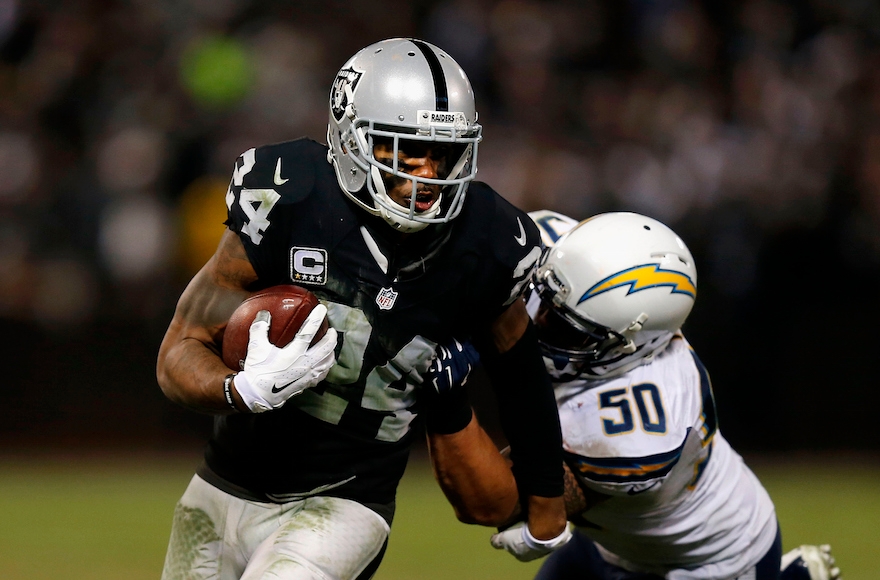 (JTA) — Sheldon Adelson met with the owner of the Oakland Raiders team owner to discuss the casino mogul’s plan to build a billion-dollar stadium for the NFL team.

On Friday, the same day of the meeting, Mark Davis also toured the site of Adelson’s proposed 65,000-seat stadium on the University of Nevada-Las Vegas campus. The UNLV football team would share it with the professional franchise, which would become the NFL’s first Las Vegas-based team.

Hours after Davis’ meeting with Adelson, the National Football League sent a memo to all 32 team owners saying the league has no rule against moving to any particular market, according to the Las Vegas Review-Journal daily newspaper, which is owned by the Adelson family. The memo comes in the wake of questions as to whether the league would bar a team move to Las Vegas because of the state’s legalized gambling.

“[T]he Sands leadership team let us know that officials from the Oakland Raiders are scheduled to travel to Las Vegas and tour locations around the valley for a potential new home, and they have asked us to meet them at our 42-acre site on Friday morning to answer questions about that site,” UNLV President Len Jessup said in a memo leaked Thursday.

The Raiders’ lease on their current stadium has ended. The team will likely negotiate a short-term lease to remain in Oakland next season; it made an unsuccessful bid to move to Los Angeles.

Adelson’s Sands Corp. could fund the stadium through a mix of private and public funds, such as hotel room taxes earmarked for tourism promotion.

Andy Abboud, senior vice president of government relations and community development for Las Vegas Sands, told the Review-Journal that a group led by Adelson’s Sands organization is moving forward on the stadium project with or without an NFL team.