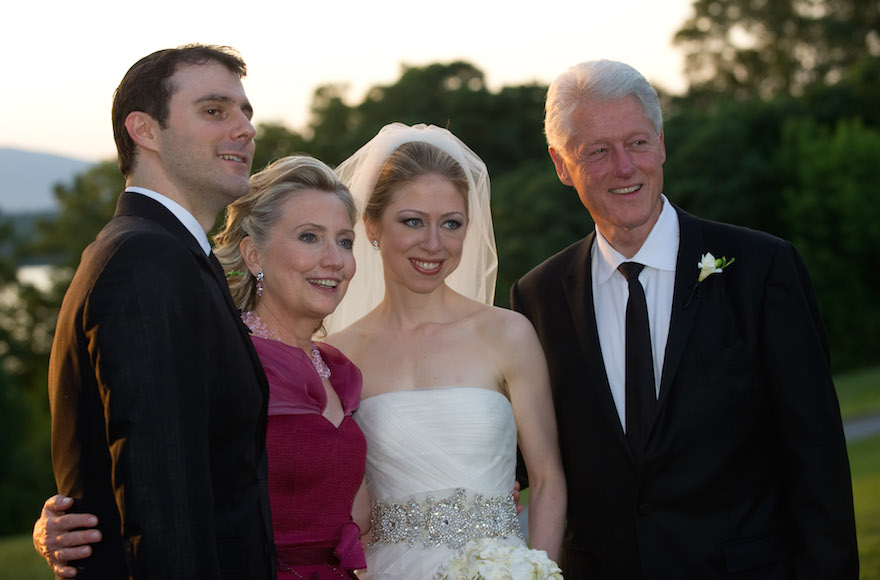 JERUSALEM (JTA) — Israel’s tourism minister said Chelsea Clinton’s wedding to a Jewish man, in which a rabbi officiated with a priest, shows how assimilated Reform Jews are in the United States.

Yariv Levin of the Likud party made the comment Sunday during a discussion of the agreement approved by the Cabinet creating a dedicated space for egalitarian prayer at the Western Wall.

“Reform Jews in the United States are a dying world,” said Levin, who is a secular Jew. “Assimilation is taking place on a vast scale. They are not even tracking this properly in their communities. It is evidenced by the fact that a man who calls himself a Reform rabbi stands there with a priest and officiates at the wedding of the daughter of Hillary Clinton and no one condemns it, thereby legitimizing it.”

Levin added that the need to be concerned about a dedicated space for egalitarian worship at the Western Wall will be moot in “two to three generations,” at which time he said Reform Jews will disappear due to assimilation.

Levin voted for the agreement, however.

Following the passage of the agreement by a vote of 15-5, Moshe Gafni, a haredi Orthodox lawmaker who chairs the Israeli Knesset’s powerful Finance Committee, said he would not recognize the decision.

“Reform Jews are a group of clowns who stab the holy Torah,” Gafni said, according to Walla news. “There will never, ever be recognition for this group of clowns, not at the wall and not anywhere else.”

“On the same day the Israeli Government recognized the right of all Jews to worship at Judaism’s holiest site, strengthening Israel’s relationship with the vast majority of Diaspora Jews, a senior member of Prime Minister Netanyahu’s coalition once again has insulted the largest religious stream in the American Jewish community,” said Jay Ruderman, president of the Ruderman Family Foundation. “In calling over 1.5 million American Reform Jews ‘clowns,’ Chairman of the Knesset Finance Committee Moshe Gafni has attempted to drive a wedge between the Jewish State and the most significant Jewish community in the Diaspora.”