Bernie Sanders played a rabbi in a ’90s movie, here’s what it means 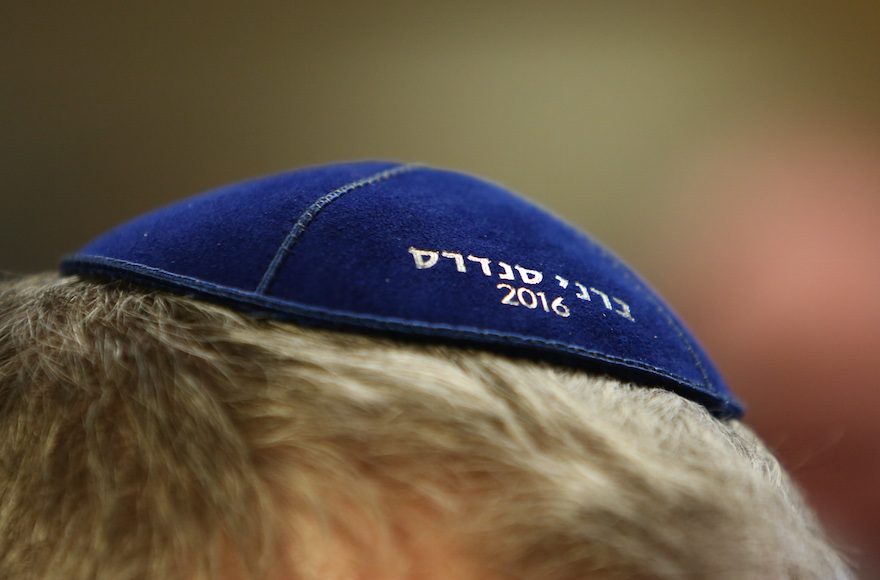 Bernie Sanders — Independent senator from Vermont, insurgent Democratic candidate for president and folk singer — turns out to be a movie rabbi too.

Sanders fans have uncovered a cameo appearance he made in a 1999 indie film, “My X-Girlfriend’s Wedding Reception.”

He does a persuasive comic turn as a rabbi who still isn’t over the Dodgers baseball team’s departure from Brooklyn, and who lets it get in the way of wishing the newlyweds well.

“I remember when I used to walk down my old neighborhood in Brooklyn. That was before the Dodgers went to Los Angeles which was the worst thing — the worst thing that ever happened, and I don’t know why we let them do that,” he complains at the wedding reception.

As Rabbi Mannie Shevitz (Bernie Sanders) might ask of a Torah portion: What do we learn from this? Here are a few takeaways.

1. Sanders wasn’t always so shy about being Jewish

He has in recent years been famously prickly about his Jewish identity — he snapped at me for raising the subject a couple years ago. Folks in Vermont told me he may be concerned about how overt Jewishness would play in the state’s rural, more conservative quarters. Maybe in 1999, the early days of the Internet, he was confident most Vermonters would miss his rabbi role.

2. Sanders can get worked up about baseball too.

He gets flak — particularly, recently, from the Hillary Rodham Clinton campaign– for being a one-note candidate, focused on income inequality. But if he wants, he can clearly pitch other passions equally as persuasively. By the end of his rabbinic movie rant, you’ll be enraged by the Dodgers’ abandonment of Brooklyn, even 60 years after the fact.